Despite All Signs Pointing to Phasing Him Out, Lance Thomas Remains an Important Component of the Knicks 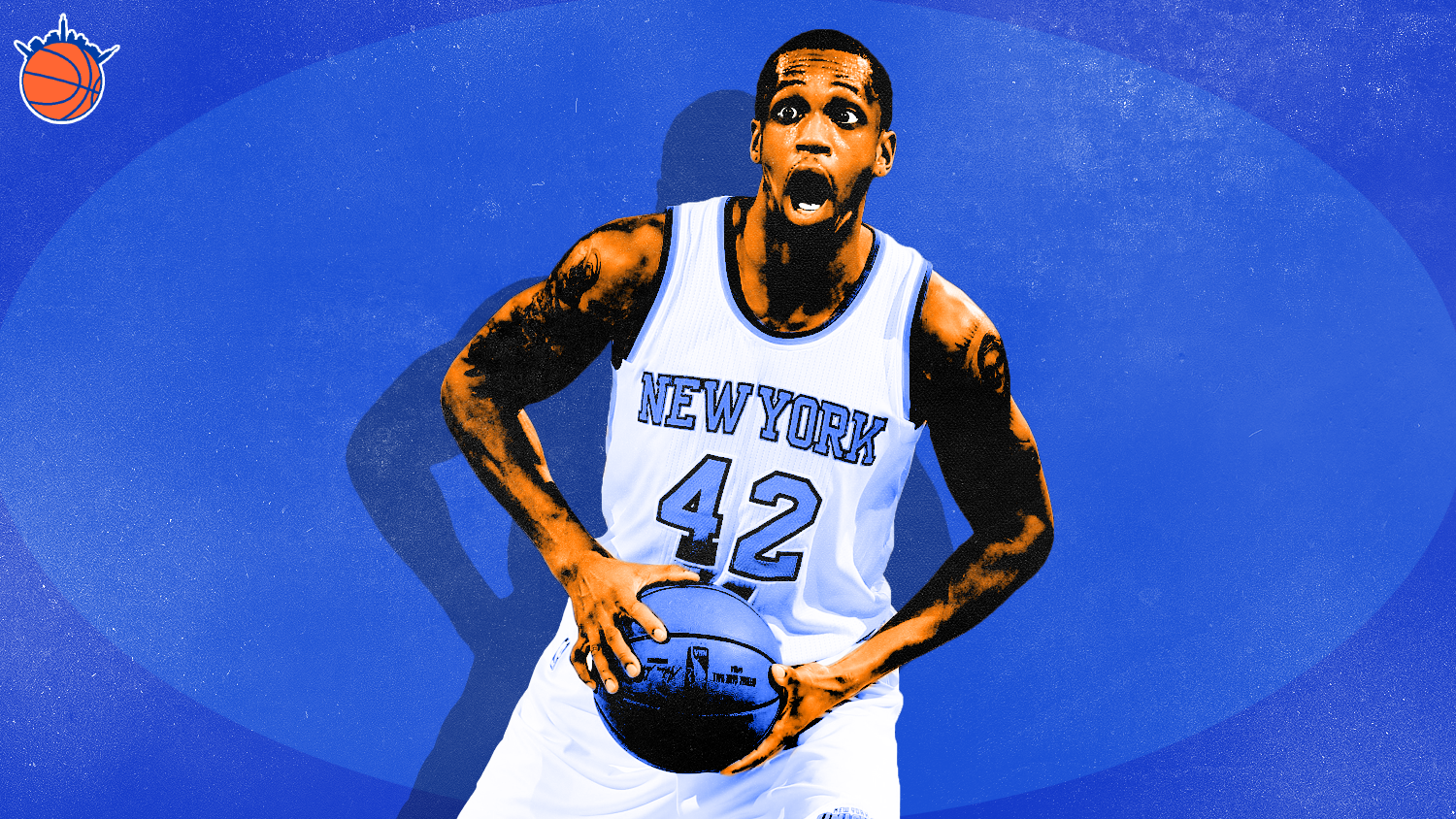 An elder statesman for this young Knicks team, Lance Thomas will have the take a step back on the court while pushing his mentees forward as a leader.

The New York Knicks’ 1-3 start may not be surprising from a young team, one filled with promise yet little in terms of expectations. Actually, “little expectations” might be an understatement, as both New York and its fans are almost unanimously committed to seeing player development rather than W’s.

Sure, a couple of gritty wins here and there will definitely give us some “feel good” moments, but seeing the Knicks play hard and lose is probably best case scenario for New York this season.

While (most of) the scrappy young Knicks look like they have a bright future in New York, not everyone on the incumbent ‘Bockers roster is a starving, young neophyte. There’s one man, in particular, that upon first glance doesn’t quite fit the Knicks’ rebuilding timeline—Lance Thomas.

The 30-year-old slimmed-down forward (you don’t know how many times I’ve mistaken him for Frank Ntilikina so far) is currently entrenched at the starting 4 spot and remains the team’s longest-tenured player. And while his ceiling has, in all likelihood, reached its pinnacle, it’s not actually absurd to say he fits in pretty damn well on this Knicks team.

And that’s based on something that transcends the court—leadership.

By the looks of it, Thomas might relinquish his starting spot sooner rather than later, with a string of weak performances to start the season. Coach Fiz said he would consider changes to the starting lineup after New York’s latest 124-113 loss at the hands of the Milwaukee Bucks. With Thomas not playing down the stretch in favor of wings Mario Hezonja and Damyean Dotson, Thomas looks like the odd man out of the Knicks’ starting lineup if a change is made.

After four games, Thomas is averaging just 3.2 points and 2.5 rebounds on the season, shooting a woeful 23 percent from the field. His signature defense has been absent—look no further than his lopsided matchup against the Greek Freak Monday night, where he routinely got taken to the rack by the 6-foot-11 superstar. Sure, Giannis is a primetime talent, but if Thomas can’t manage to slow him down, even minimally, his role in the starting lineup looks precarious at best.

Unfortunately for Thomas, the beginning of the season has been a disappointment, especially if you take into context the high expectations Fizdale placed on the veteran forward to start the season.

When Fizdale first took the job, he talked about Lance Thomas’ potential role in the Knicks offense—one that, upon first glance, didn’t necessarily align with a lot of the things Thomas has shown us throughout his journeyman career:

“He’s a Swiss Army knife–type of player that can guard multiple positions and you can run offense through him,” Fizdale said on WFAN. “I think he can push the ball off the break a lot like Draymond Green plays. Obviously, the thing I’m going to demand from Lance is to play defense like Draymond. And be a guy that’s pushing to be a First Team All-Defender.”

While Lance Thomas is known for his gritty defense and a similarly limited ability to stretch the floor, he is neither the rebounder nor playmaker Green is. His ball-handling is also suspect, and we mentioned in an earlier piece that he could play a role similar to P.J. Tucker on the Rockets. However, even that doesn’t look attainable this season, as Lance has largely struggled from three, shooting a modest 33 percent on just 1.5 attempts per game. At this point, benching him in favor of the aforementioned high-ceiling youngsters could be more impactful to the team’s ultimate development.

How Thomas Can Still Contribute

Despite Thomas’ less-than-stellar start to the year, he remains entrenched as a vital cog in this team, due to his status as a co-captain and unequivocal leader in the locker room. With Courtney Lee seemingly on his way out of New York, Thomas is now, more than ever, the elder statesman of the league’s youngest team.

Thomas, a Brooklyn native, exemplifies everything you’d want to see in a leader—toughness, tenacity, hard work, and resiliency. The fact that Thomas still remains a key cog on an NBA roster can be attributed to his work ethic as a professional.

He’s fought for every NBA minute he’s ever played, and is a physical embodiment of one of the guiding principles of head coach David Fizdale’s—everything you receive on this team is earned.

And that, sadly, is the same reason Thomas must return to the bench.

Thomas just hasn’t played up to par so far, and if Fizdale is really going to follow through with his promises for a merit-based system, no. 42 has to be demoted. He rightfully earned his starting spot with a stellar preseason, but he’s also shown it might be time to relinquish it, at least for the time being. He’ll need to outplay Hezonja, Dotson, and possibly even Noah Vonleh (who’s mostly played the backup 5 this season, but still) to merit a return to the starting lineup if Fizdale decides to go with the “next man up” strategy. Even if he manages to last, rookie Kevin Knox, who is currently nursing a sprained ankle, is waiting in the wings. After a shaky finish to the preseason and a wildly inefficient regular-season debut, Knox was beginning to look like a sure thing to regain a starting spot in the Knicks’ lineup before he was hit with the injury bug.

Nevertheless, there’s still no denying the Brooklyn native’s impact on this young Knicks team. Whether he’s starting or not doesn’t have much bearing on his role for this squad. He’s the veteran leader a young, struggling unit needs, and despite his shortcomings as a player, he remains arguably one of the most important players on the 2018–19 Knicks.

And you don’t need any sort of “data” to prove it.