For Leon Rose and the Knicks, It Takes Brilliant Basketball Minds in the Front Office to Cultivate Success 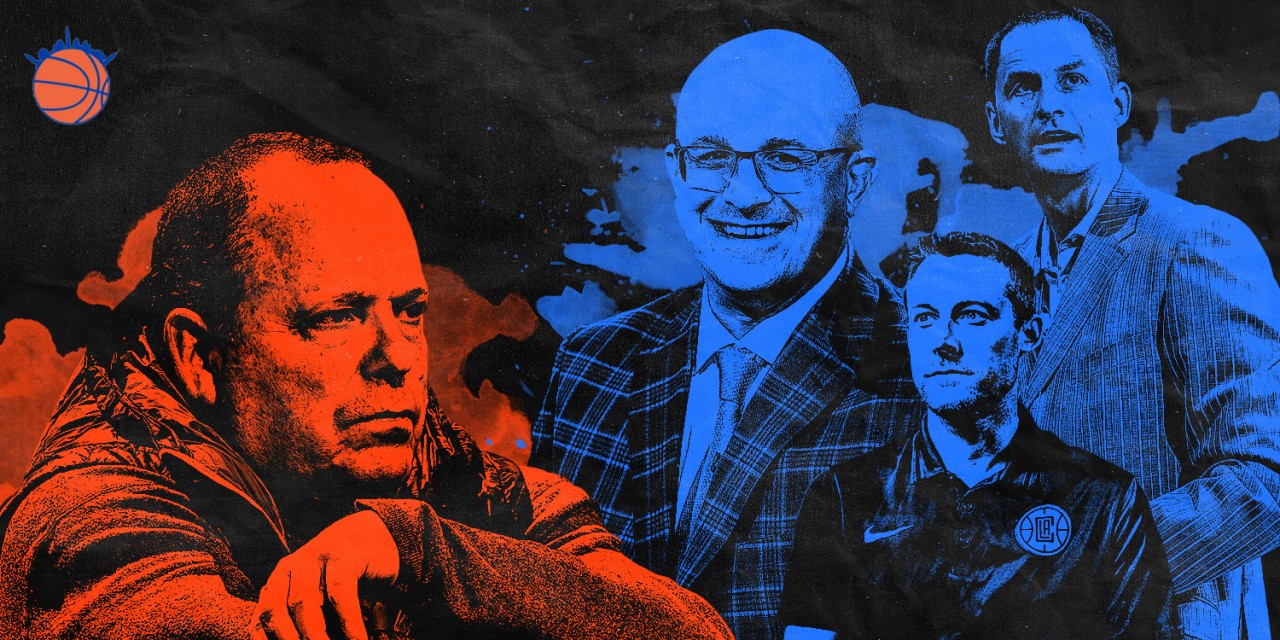 The Knicks (still unofficially) have their team president in the well-connected Leon Rose. What about filling the front office with experience?

Only the New York Knicks could fire their President of Basketball Operations 48 hours before the trade deadline and then eschew a legitimate process to find his successor to hire someone who has never assumed the role before and can’t assume the role into the end of the season.

The unofficial hire of CAA agent Leon Rose to the president position after the season came with the reassignment of Steve Mills into a non-basketball role. In hiring Rose, New York decided to follow the trend set by the Golden State Warriors, Utah Jazz, and Los Angeles Lakers by hiring a key member of a sports agency to be their top guy in the front office.

In light of New York hiring Rose to run the Knicks, the ‘Bockers should look to combine Rose’s ability to attract and lure players with experienced basketball minds who can assist him in the everyday tasks of building a roster and creating a balanced team.

Look no further than the Los Angeles Clippers and New Orleans Pelicans.

For Los Angeles, the revamp started with removing Doc Rivers front that role and hiring Lawrence Frank as president. Then, the Clippers added Trent Redden, Mark Hughes, Michael Winger, and Jerry West as a consultant to prep for a successful run at Kawhi Leonard. (It was years in the making.)

As far as New Orleans, their change took an offseason. It started with completing the Anthony Davis trade, led by former Knicks target David Griffin. Griffin then turned around and hired Trajan Langdon to be his GM. The Pelicans went a different route, however, hiring three different staff members (Teresa Weatherspoon, Swin Cash, A.J. Diggs) with a focus on development.

There’s no exact way to build a front office, but both teams approached their management rebuild with the same mindset: establish a hierarchy and load up on executives to create a solid brain trust. Can Leon Rose, lauded for his connection to big-name players, use his name and status to bring in big name front-office members?

In the New York Post, Marc Berman listed some potential names to join New York’s front office. A few names that should intrigue the Knicks are Bobby Marks and Troy Weaver. Weaver, currently in Oklahoma City, has risen through an organization that has been successful without lauded free agencies. Marks, known for being in the Brooklyn Nets’ front office when they traded for Kevin Garnett and Paul Pierce, would offer an experienced front-office member to a rookie staff.

One name already mentioned for a front office role in New York was Denver Nuggets general manager Arturas Karnisovas as a potential option for the front office, per Newsday‘s Steve Popper. While the move would be great, there should be a push for more.

The one thing the Knicks shouldn’t do, however, is elevate Allan Houston to any role higher than he is now. Assuming Houston becomes the next Steve Mills—someone who could be labeled as a Dolan favorite and see himself into a future president role, regardless of success or failure—in the future, Houston should be groomed, rather than thrown into a position of true power at the moment.

New York already stumbled out the gate in this structure. William Wesley (“Worldwide Wes”) already backed out of a potential front-office role and, according to the Stefan Bondy of the New York Daily News, Rich Cho opted to stay in Memphis rather than join the Knicks’ top brass. Now, Houston has been tagged as someone to be promoted within the new power trust. Not a great start to the front office rebuild.

Allan Houston has emerged as a candidate for a front office promotion, a league source told the Daily News. Plus other news about shakeup.https://t.co/B7Fw3Esga2

With two more months of basketball and more firings coming after the end of the regular season, the Knicks will have a chance to go and add talent to their front office. In the ever evolving coverage of the NBA, the necessity of a good ownership group and a management structure with brain power is seen as key to a team’s success. Within the last 20 years, there hasn’t been a year in which the Knicks flaunted a talented front office.

In other words, despite being one of the wealthiest franchises in basketball, New York has never been placed in the hands of a basketball mind of, say, Daryl Morey, R.C. Buford, or Masi Ujiri.

While the Leon Rose hiring is dubious for the actual acquisition (he has never been a major league executive of any franchise) and timing (eliminating yourself from an actual hiring process in the offseason to make a move that…could’ve been done at any point in April or May), the Knicks should have open spots in their front office and should push to attract multiple basketball minds to help rebuild the Knicks.

Because with two first-round picks—including one in the top 10—two young players to build around and over $40 million in cap space, the Knicks need to put together a team of basketball people to help them dig out of the biggest hole in the franchise’s recent memory.