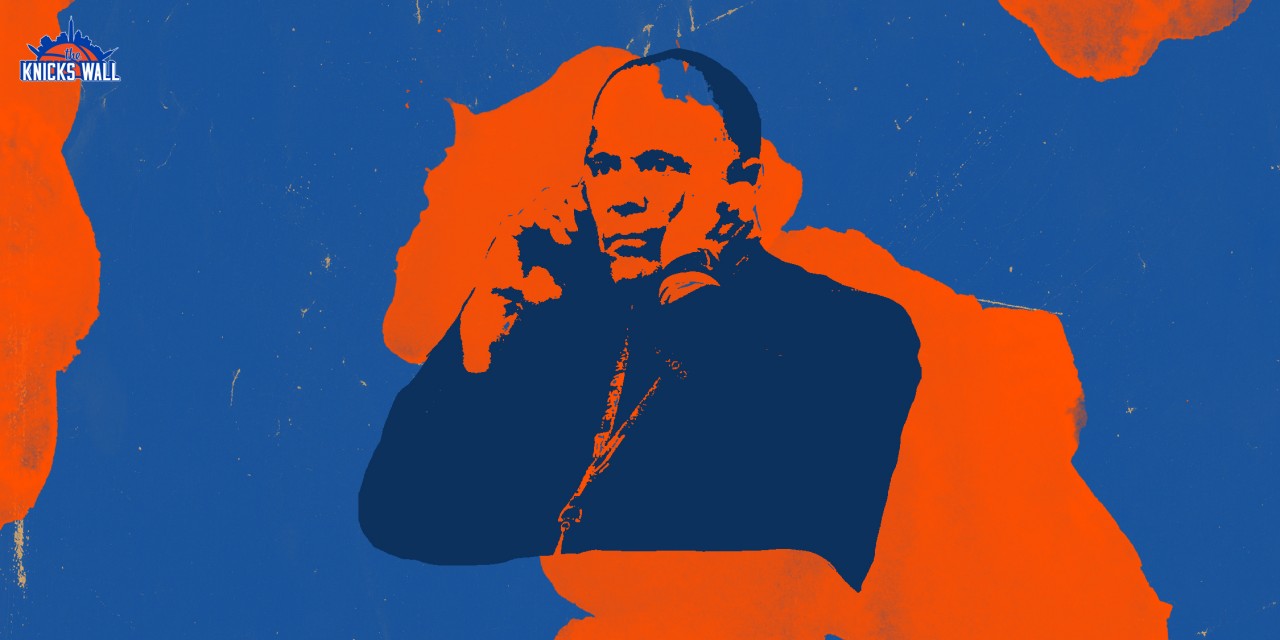 Leon Rose was brought in to run the Knicks not as a basketball savant. Rose represents the growing trend of pro-player agents running the show.

The NBA’s brand, in recent memory, has largely been about promoting stars and composing a comfortable space for athletes to exercise self-expression and individuality. The league is very pro-player, empowering and marketing its stars as a whole. This has created a lot of leverage for the NBA’s players and has given them a platform to speak their minds on a variety of different topics ranging from off-the-court in social justice issues to seemingly on-the-court in requesting trades and teaming up with other stars.

Comparatively speaking, this is much different than the National Football League, in which players are steered towards “protecting the shield” and being loyal to a team. Major League Baseball, which is largely based on tradition, has not historically marketed its stars well along with the lengthy period clubs possess to reserve players (it takes years longer for baseball players to be unrestricted free agents compared to NBA players).

Warriors forward Draymond Green, never shy about voicing his opinion, recently sounded off on how players are treated by organizations, in light of the incident where Cleveland Cavaliers center Andre Drummond was instructed not to dress and expected to stay professional by Cavs brass while they were in deep trade discussions last week (a deal still hasn’t been made for Drummond). In the below video, Green compares Drummond’s situation to James Harden’s final weeks in Houston after Harden requested a trade and was subsequently ripped for it.

Draymond Green sounds off on a double standard he sees in the NBA. pic.twitter.com/z6R4zq0Bcw

Some may believe this is just “Draymond being Draymond,” or “typical NBA player complaining,” or some generalization along those lines. Regardless of whether you agree with Draymond’s sentiment here or not, this fits into the larger picture of player empowerment and is a testament to how players truly are the face of this league.

One noticeable trend that we’ve seen in the Association over the past decade or so that enforces the idea that the NBA is a players’ league is the new wave of former agents becoming executives. Rob Pelinka with the Los Angeles Lakers, Bob Myers with the Golden State Warriors, and Justin Zanik with the Utah Jazz are all examples of former agents who have enjoyed success as GMs or executives.

The most relevant example here is Knicks president Leon Rose, who was formerly an agent, and a successful one at that. Rose represented LeBron James from 2005–12 and negotiated James’ contract with the Miami Heat (“The Decision”), as well as his contract extension with the Cavs in 2006, per ESPN. James ended up leaving Rose for longtime friend Rich Paul, who got his start thanks to Leon Rose launching the basketball division of CAA.

Rose was hired by the Knicks in 2020 and was accompanied by longtime CAA partner William Wesley (a.k.a. “World Wide Wes”), who now is an executive vice president (senior advisor) for the franchise. Both Rose and Wesley were not only hired for their basketball acumen and knowledge, per se, but for the relationships they have built with players and agents. In hiring the pair, there is hope that these connections will pay dividends in building the Knicks back up to a successful and talent-rich organization long term.

Early on in Rose’s tenure, we have seen him pursue and acquire many CAA clients, first-hand proof that the 60-year-old is well connected in this space. To date, Tom Thibodeau has been perhaps the most impactful addition to the Knicks from the CAA family, as Thibs has turned them into a fairly competitive team much more rapidly than anticipated.

The Significance of Rose

So, why have we seen an increase in agents turned executives in recent years?

With the NBA becoming more about the player, it is increasingly important to have people within the franchise who can sympathize with the players, work for the players, and put them in positions to be successful both on and off the court.

Agents are trained and paid to work hard for their clients, and in negotiations, there are two sides: the player and agent versus the organization. Obviously, the agent works to get the player as much money and flexibility as possible, while the other party tries their best to do right by the organization they are representing and serve its interests. Additionally, when there is a feud or disagreement between player and franchise, the agent is usually involved behind the scenes in advising the player as to the right course of action.

Like we’ve seen with James Harden, and on a lesser scale, Andre Drummond, players and the front office don’t always see eye-to-eye. This often results in some sort of discipline from the organization—depending on the severity of the issue—or it could get awkward, as was the case when Anthony Davis wanted out of New Orleans.

What Draymond Green was saying is that these players sometimes experience a double standard—and are ripped for publicly vying for a trade—but will be told to sit and maintain a certain level of professionalism when the organization decides to try and deal them.

This is a huge reason why a lot of teams are hiring former agents. Agents have been on the pro-player side of the coin, and in sticky situations, will likely have the players’ best interest in mind (or appear to have it in mind as perceived by the players). Players are the face of the NBA and the true money makers for the billion-dollar business. Leon Rose, in a small sample size, has been not only effective in bringing in good players but has been successful in shifting the culture and image of the organization to a more positive trajectory.

Think about it: how often have we heard James Dolan’s name this season?

For years, Dolan has been a notable factor in turning off prospective free agents—from his failure to comment on social issues, to his poor treatment of former Knicks legends. Since Rose has taken over, there hasn’t been much public buffoonery from Dolan. Rose embraced the pro-player side of basketball and knows that this is a player-driven league, where a lot of guys talk and network behind the scenes.

Credit to Rose, who looks to have pointed this team in the right direction. It seems like the foundation for success is solid, and hopefully, in the near future, we can see big-time players look at the Knicks favorably and don the orange and blue.

»READ: The early returns on Leon Rose’s free agency class have been great for the Knicks