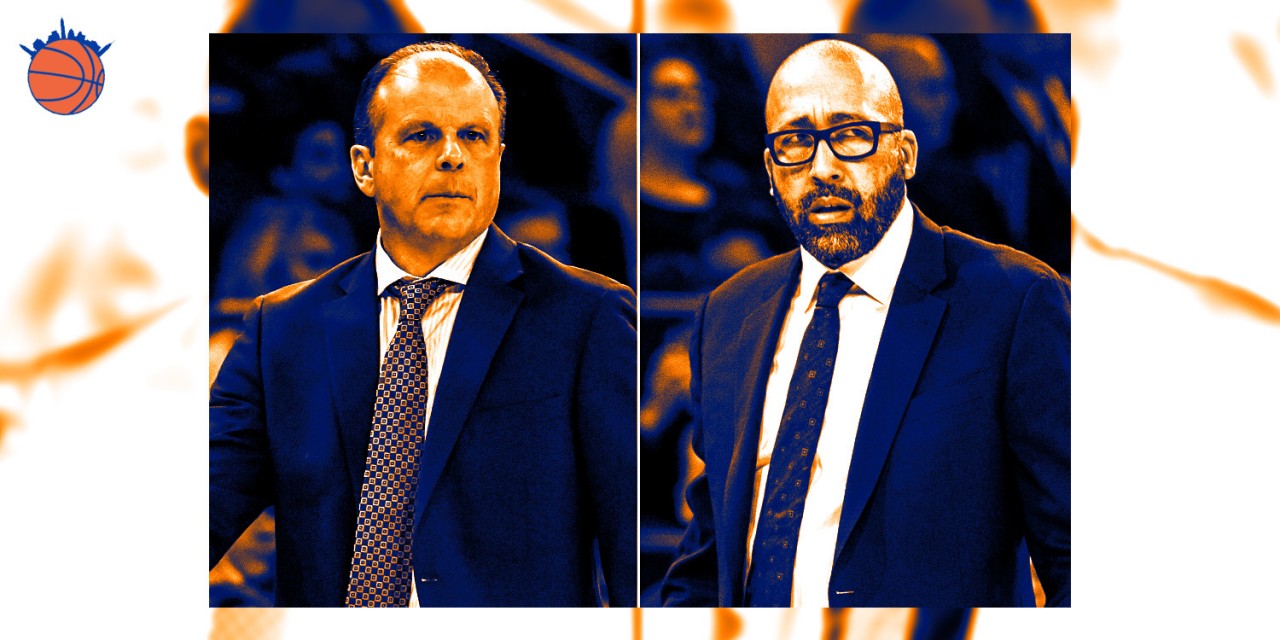 On Monday, the Knicks introduced their new president, Leon Rose, to their fans. It might have come with little to no fanfare—it was, after all, through a press release—but it did represent yet enough regime change for a franchise that has seen its fair share of them. The third in the last six odd years, to be exact.

If anything about the Knicks’ latest front-office move screams “consistency,” it’s that the press release introducing Rose was, by all intents and purposes, the exact same thing released over the summer when the Knicks’ embarrassingly struck out on big name free agents after all-but-guaranteeing they’d land a big fish after trading their former franchise star, Kristaps Porzingis, for what was essentially cap space.

“Our team has young talent, significant future assets (including seven first round picks over the next four years) and an ample amount of financial flexibility in the coming years,’’ Rose (or the Knicks’ PR team) wrote in the statement. “Everyone — from ownership to athletes, to staff and especially our fans—wants this team to be a winner. We will have all the resources necessary to create a great organization — one that supports our efforts to build a winning culture and gives Knicks fans, and the city of New York, the team you deserve.”

We hear you, Leon. The only probably is, again, we’ve heard the same ol’ song and dance for years now. If there’s one thing the Knicks have been good at in recent years (there’s not a huge pool to choose from here, so bear with me), is that they’ve managed to hold onto their first-round picks. You can argue that they’ve even been too good at it, as it’s actually led to them standing pat on a few different trades over the years—most notably, with the Raptors’ Kyle Lowry. And for good measure, you can probably throw D’Angelo Russell into that mix, but that had more to do with the Knicks’ changing of the guard from Steve Mills to Leon Rose.

Regardless, all of these so-called “assets” are rendered useless if you don’t have the right people in place to make the decisions with said picks. Or perhaps even more Knicksian, at least the same people.

Off-the-court “turnovers” have plagued the Knicks

When the Knicks began their first attempt at a “rebuild,” it began with the questionable hire of Phil Jackson, who was transitioning into a front office role for the first time in his career and was paid handsomely to do so. So handsomely, in fact, that he likely wouldn’t have even taken the job if James Dolan didn’t shove piles of money directly in his face. After all, who could blame him? That hire came with a vision—build a team around his vaunted Triangle Offense, handpick a coach who he knew intimately, and find the right players to play in his antiquated system. Sounded simple enough…sort of.

Obviously, we all know how that went. Jackson scrapped the roster in lieu of so-called Triangle-friendly players like Samuel Dalembert, José Calderón, Arron Afflalo, and, well, I’ll stop there to save you your sanity. After getting spurned by Steve Kerr in perhaps the greatest move he’s ever made in his life, Jackson went with rookie head coach Derek Fisher, whom he fired just a season-and-a-half into his first gig after the second-year coach strayed away from the Triangle Offense. He then gave the job to Jeff Hornacek, who actually managed to outlast Jackson on the Knicks. Phil and New York “mutually parted ways” and Mills took over. He eventually hired incumbent general manager Scott Perry, and the rest is history.

The only problem was that, again, Hornacek remained the coach after Jackson’s departure. Of course, the separation was also notoriously done just a week after the draft. Jacson, as you know, even got final say on the Knicks’ draft choice, Frank Ntilikina, who he believed would serve as a perfect fit for the Triangle Offense. As such, the Knicks found themselves with a roster, head coach, and lottery pick from a prior regime, while a new—or at the very least, restructured—regime was left to pick up the pieces. This led to a coach prioritizing keeping his job over player development, a mismatched and frankly, antiquated roster (similarly to these present Knicks, they had a logjam at the center position with Joakim Noah, Kyle O’Quinn, and Willy Hernangómez), and a first-round pick who didn’t appear to have much support from the organization.

Fast forward just two seasons later, and not much has changed. The Perry/Mills vanguard found their own coach, David Fizdale, who had his own vision for the team—play fast, position-less basketball on both sides of the ball. Of course, Fiz also didn’t get the memo that you still have to actually draw up plays and make adequate substitutions to coach a team, but that’s an argument for another day. What I’m trying to say here, is that the Knicks once again sold the promise of hiring a coach with a vision that aligned with their own, only this time, they would place a major priority on player development and rebuilding the “right” way.

That plan, unfortunately, went out the window fast, as New York tried and failed spectacularly to woo marquee free agents to their team. Instead, they settled for a bunch of role players on one-year contracts who would, unsurprisingly, be playing for their next big payday. Julius Randle, Taj Gibson, Bobby Portis, Marcus Morris, Elfrid Payton, Wayne Ellington, and Reggie Bullock are all nice players in their own right, but they certainly don’t belong all on the same team. But I digress.

The Knicks roster, unsurprisingly, hasn’t meshed. And once again, the Knicks were forced to make major changes to both the front office and their coaching staff, firing Mills and promoting Mike Miller to head coach. Miller, like Hornacek before him, is tasked with fighting for his NBA life, rather than solely focus on developing players. That’s not entirely on him—that’s the Knicks’ constant fluidity when it comes to staff building. And while R.J. Barrett was certainly a no-brainer selection this past draft and looks like he’ll be a bona fide star one day in this league, their 2018 pick, Kevin Knox, isn’t such a foregone conclusion. Fizdale had a lot to do with that pick, and while he wasn’t in a front office position of power like Jackson, he did have a say on the Knicks’ draft picks, and again, his vision for the team was supposed to align with both Mills and Perry. Now Mills and Fizdale are both gone, and Perry, in all likelihood, is soon to follow. And like Ntilikina before him, Knox will be now playing for a front office that didn’t draft him and for a coach that doesn’t necessarily have any real allegiance to play him. As you can already see, his development has taken a major hit as a result of it. There’s no guarantee that will change with an entirely different front office and coaching staff.

But whether you think Knox will one day be a great player or he will always be a plodding, rainbow shooting wing player who lacks the drive to become a marquee player is neither here nor there. The real point is that the Knicks can always sell the idea they’re rebuilding, they have a plethora of assets, and this time will be different, yada, yada, yada. If there is no real continuity between the Knicks front office and their coaching staff, young players will continue to fall by the wayside, underutilized and undeveloped, and the notion of owning multiple first-round picks will be considered moot. After all, what good is a first-rounder if you’re not turning it into a franchise player? Or, at the very least, attempting to do so.

Leon Rose, like Phil Jackson before him (see the theme here yet?), is another inherent risk, at least in the sense that he’s never actually presided over a basketball franchise before. But if the Knicks manage to see this plan through—so long as it doesn’t prove to be another unmitigated disaster—it must contain synergy from the top of the organization down.

I’m not here to argue that Derek Fisher, Jeff Hornacek, or David Fizdale were franchise saviors, or even that they should’ve been allowed a bigger rope before getting canned. All I’m saying is that this time around, Leon Rose needs to find the right guy to lead this team and that both the former sports agent and whatever coach he chooses (it sounds like it’s going to be Tom Thibodeau, but it’s still not a guarantee) should receive an ample amount of time to set forth their vision for the team. Whether that’s guaranteeing the coach immunity from being fired for X amount of years or ensuring each and every hire is in line with Rose’s plans for the team, having some semblance of continuity between the front office and coaching staff will be crucial to a rebuilding Knicks team. Otherwise, the term “rebuild” is simply just a meaningless buzzword.

In other words, what it’s been for the last five seasons.

»READ: Poor planning or bad luck? Recapping the demise of the Mills and Perry era