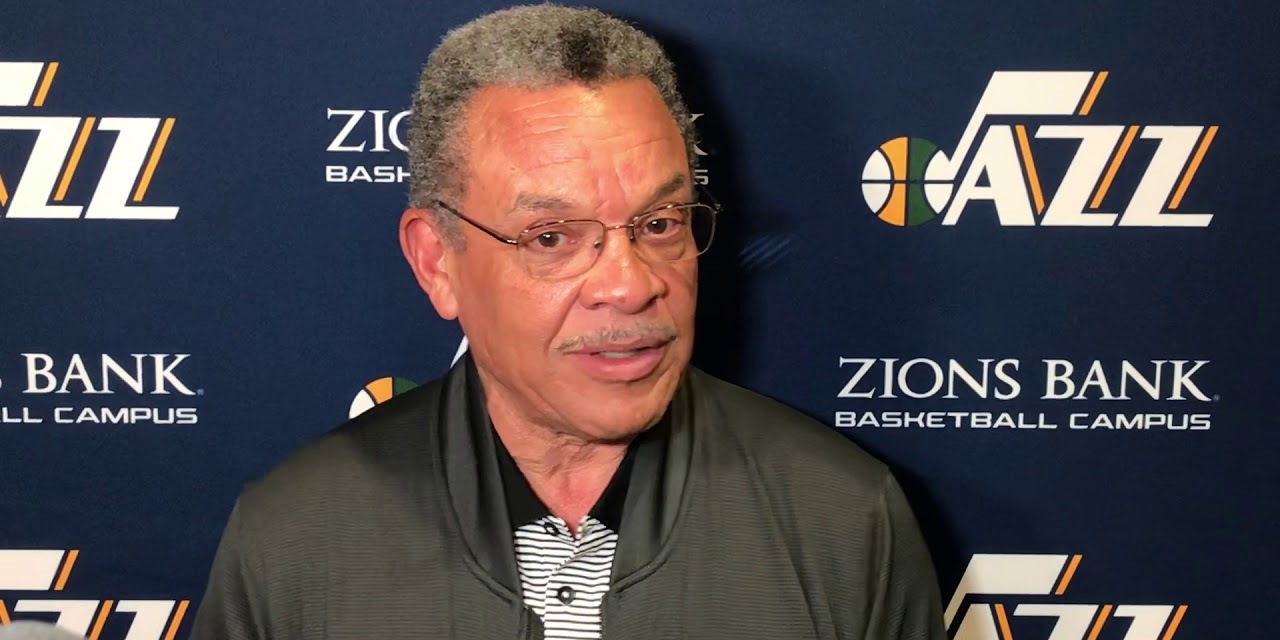 Perrin has worked in the NBA for a while now, starting with the Minnesota Timberwolves in 1993, then going to the Detroit Pistons in 1995, where he worked before being hired by Utah. Perrin previously worked with Knicks general manager Scott Perry with the Detroit Pistons from 2000–02.

Not sure what ties Leon Rose has to Perrin but Scott Perry and Perrin worked together from 2000-2002 when Perry was a Pistons exec and Perrin was a Pistons scout. Now they'll all work together in the Knicks front office https://t.co/blOIzEVqja

With Perrin on board, the Jazz has been a stable and successful team, making the playoffs in 10 of Perrin’s 19 seasons. Utah was at the tail-end of the John Stockton and Karl Malone era teams when Perrin was hired. The franchise took a few years to rebuild when Stockton and Malone left after the 2002–03 season, reaching the Western Conference Finals four seasons later on the backs of Deron Williams, Carlos Boozer, Mehmet Okur and Andrei Kirilenko.

That core of players fell apart after four consecutive playoff appearances, but Utah rebuilt itself into a playoff team with players like Al Jefferson and Paul Millsap, and later Gordon Hayward and Rudy Gobert. The team didn’t miss a beat when Hayward left in 2017 free agency thanks to their draft-day trade acquisition of Donovan Mitchell. This season, Utah is the fourth seed in the Western Conference with Mitchell and Gobert leading the charge at the time of the NBA’s COVID-19 hiatus.

Utah owes much of its success to drafting well. Since Perrin has been there, the Jazz has acquired four All-Stars on draft day, selecting Hayward with the ninth overall pick in 2010 and trading for Williams, Gobert, and Mitchell.

Perrin is known as an avid talent scouter and a respected basketball figure. Former Memphis Grizzlies executive and current writer/podcaster for The Athletic John Hollinger shared on social media that Perrin is “a fixture at every event with any even relevant prospect.”

Wow. Perrin is a road warrior, a fixture at every event with any even remotely relevant prospect. Good get for a Knicks team that needs to be scouring the land for young talent. https://t.co/Y4PGnIBvYd

Perrin recently spoke with KSL Sports about his approach to the 2020 draft. He said this about drafting in the mid-to-late first round:

“I would say from the 15 pick to the 30 pick,” Perrin said, “You could probably have 40 guys that you’re looking at, maybe more … and it’s who you like in that particular range that is going to dictate whether or not you take them. There could be players taken in the late teens and early 20’s that other teams may have on their draft board at 35 and 40.”

Prior to ex–team president Steve Mills’ departure, Gerald Madkins had been Perry’s assistant GM. There is no word yet whether Madkins will remain within New York’s organizational structure.

On Tuesday, the Knicks also hired Oklahoma City Thunder scout Frank Zanin, first reported by The Athletic’s Mike Vorkunov. Zanin spent time with the Brooklyn Nets before his stint with OKC and joins Leon Rose’s front office as one of his top scouts and another assistant GM, per the New York Post‘s Marc Berman.

“We have assembled a diverse front office comprised of highly regarded and experienced basketball executives who have influenced some of the most successful players and organizations in the league. These additions will complement the structure we already have in place and assist us in acquiring talent and developing strategies to build a team our fans can be proud of.”

The Knicks have announced the hirings of Brock Aller, Walt Perrin and Frank Zanin, as well as the return of Scott Perry pic.twitter.com/6PWgxUrwQD