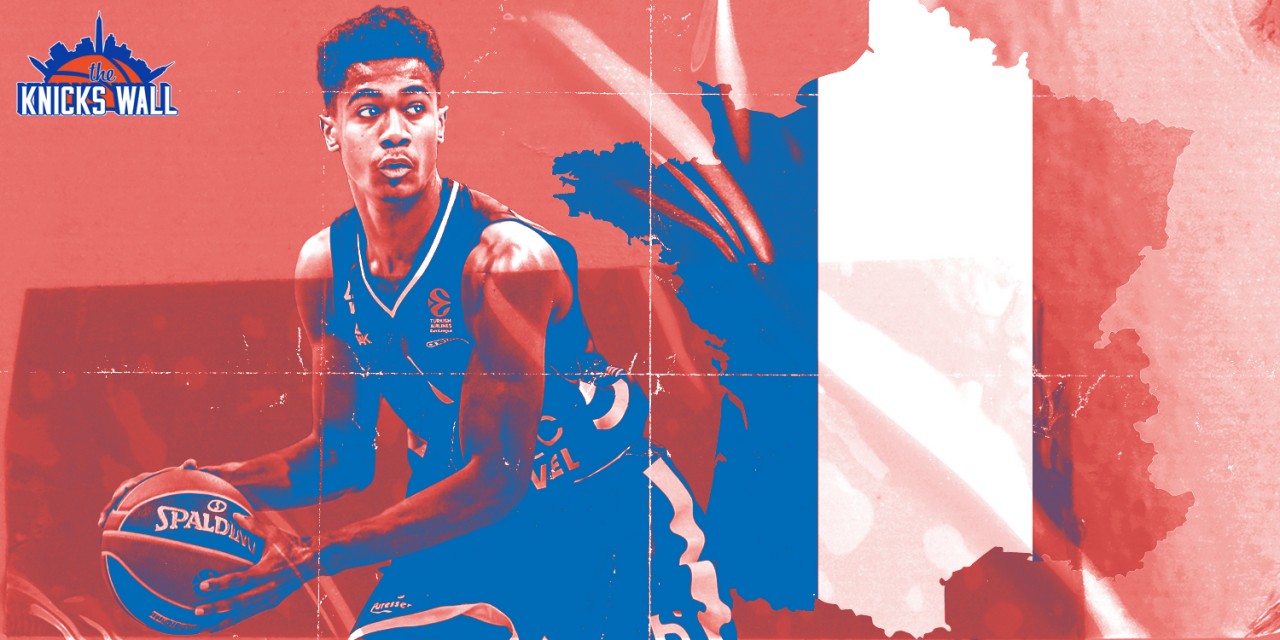 The Knicks, among every NBA franchise, will have the option to snag international prospects entered in next week’s draft. Here are a few under-discussed players.

While there always is an air of mystery surrounding the NBA Draft, the 2020 draft class appears to be filled with an extraordinary amount of question marks.

This year’s draft has plenty of international flare with up to five potential lottery picks having played internationally, which adds to the uncertainty for many fans who have not had the opportunity to watch them play. While there has been extensive coverage of the players projected in the lottery, there are a handful of other prospects from overseas that will likely have their name called on November 18th.

With the early-entry withdrawal deadline having passed, we officially know which of these international prospects will be available to draft this year. As always with international prospects, especially in the second round, there is the possibility that these players will be “draft and stash” picks not expected to join their new NBA team immediately.

That said, it’s worth looking at several of the under-appreciated players—prospects not including Deni Avdija, Aleksej Pokusevski, and Killian Hayes. Let’s go through two of the top names of international prospects to start before draft night is here.

The most highly ranked player—and one who has committed to at least one more season overseas—is Leandro Bolmaro. The Argentinian-born Bolmaro will continue developing his game for Barcelona before he makes his debut in the NBA.

Bolmaro is a 6’7″ wing with intoxicating playmaking for his size. Passing and ball handling are the most intriguing part of Bolmaro’s game. He sees the game at a high level and can make very difficult passes seem mundane. That along with his unique ball-handling ability present very positively for a wing.

Leandro Bolmaro is ridiculous. Escapes the pressure (from Phil Pressey!) with the behind the back, setting up the screen, snakes to his right hand, and somehow flips the pass back to the top of the key. So smart, manipulative, and creative pic.twitter.com/GjlfcKtsD2

He projects to have a high level of versatility offensively with the ability to cut and relocate off ball, as well as an interesting finishing package and nice touch around the rim.

Along with being a high-effort defender, translating well to that side of the ball, Bolmaro has also shown the ability to rotate well and beat opponents to spots. Moving his feet well and pressuring ball handlers will surely bring an intensity to the defensive side, projecting well to the more demanding NBA level.

Pretty sensational Leandro Bolmaro team defense possession. Slides down to tag the back cut first, then rotates over for the big block on the roll man pic.twitter.com/E3JpWdrzli

The biggest question about Bolmaro as a prospect is with his jump shot. In three years as a professional, he shot 28% from three and 66% from the line. Where you stand on Bolmaro as a player, likely depends on if you believe in the jumper or not. There are legitimate concerns about his shooting and it is clearly the biggest area for growth in his game.

Whoever drafts Bolmaro will hope to see improvement and maturity in his game for the young 20-year-old next year in Spain. Specifically, they will be looking for some advancement in his jump shot.

Theo (pronounced Tay-Oh) Maledon is a 19-year-old combo guard from France that is projected to go towards the back end of the first round. Maledon is the youngest player of this group, being born in 2001, who will not turn 20 until next June. With over 1,000 minutes between the LNB Pro A and EuroCup last year, he has significant experience at such a young age.

Maledon is a smooth combo guard that is proficient as both a passer and a shooter off the dribble. The Tony Parker mentee is a crafty finisher who uses his change of pace and balance to compensate for his lack of athleticism. He has a nice touch for finishing in creative ways.

Filthy hang dribble to freeze the big and finish with his inside hand from Theo Maledon pic.twitter.com/nl2fq3JP2i

Maledon can play on or off the ball and has shown positive signs shooting off the catch. While not an elite shooter at this time, he has solid mechanics on his jumper and projects to be a good shooter at the next level.

His passing ability is intriguing as he has a nice sense of court awareness and is able to find teammates for easy looks. Maledon has good vision and has shown to be a floor general in a way that can make his teammates better.

Big block but a BIGGER finish!

Showtime basketball from @LDLCASVEL with the behind the back pass from Theo Maledon 🌀👀#7DAYSMagicMoment pic.twitter.com/d4FM6FcwIe

There are valid concerns about Maledon as a prospect, and the majority hinge on his lack of athleticism and explosion. There are legitimate questions about his ability to get by defenders and put pressure on the rim. There is a case to be made that he will be able to make up for the lack of athleticism with his craftiness on the offensive side of the ball.

While his 6’8.5″ wingspan allows him to project as a decent man to man defender, his lack of lateral quickness presents some problems with his defensive ceiling. Likewise, his lack of burst creates an issue for closeouts and rotations that he might be a step behind on defensively.

While there are concerns about the ceiling that Maledon can achieve because of the lack of athleticism, his craftiness could make him appealing to teams at the end of the first.

In this year’s draft, teams will be trying to find their home run picks within a draft largely considered one of the weaker in recent history. It remains to be seen if either of these two international prospects will be what those teams are looking for, but they each have a potential upside that may be worth the risk.

Stay tuned for next week’s second half with a trio of international prospects on tap.

»READ: The Knicks Wall Mock Draft 3.0: will the Knicks be bold with three picks?