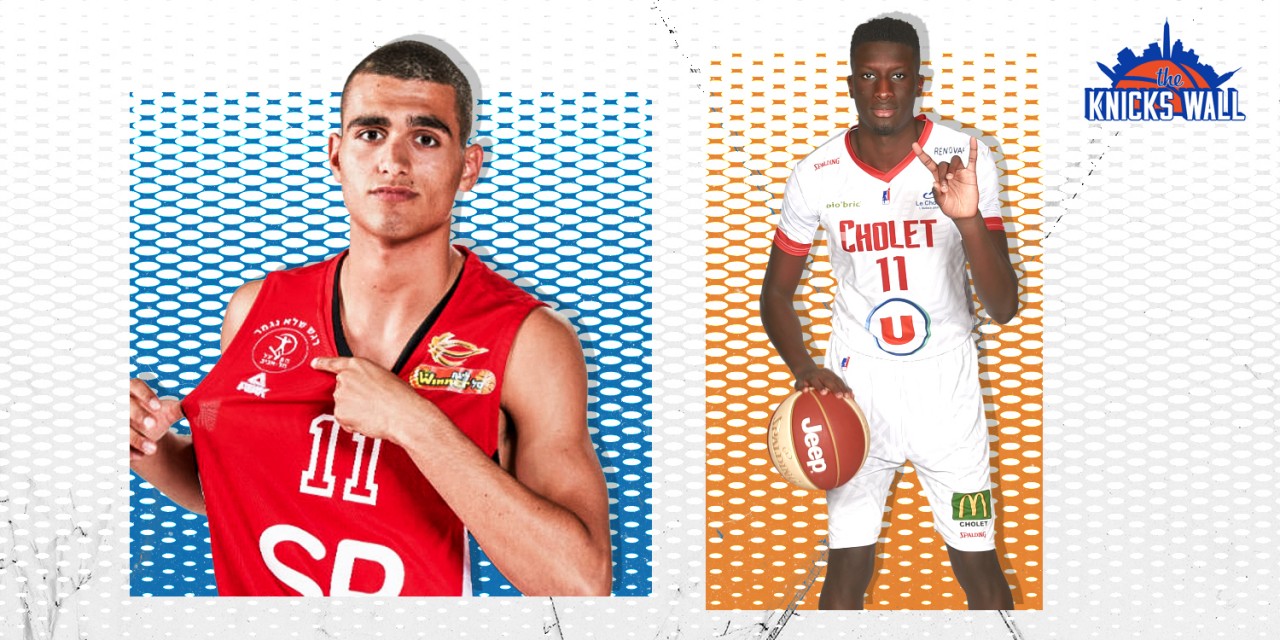 Getting even more obscure, the second installment of the two-part series on the 2020 NBA Draft’s lesser known international prospects include Yam Madar, Abdoulaye N’Doye, and Paul Eboua.

Israeli point guard Yam Madar is the most interesting prospect of this group to me. Madar is a flashy offensive player and a gritty hard-nose defender. This combination makes the 20-year-old Israeli a very interesting potential “draft and stash” project.

Madar has shown a strong ability to create space for himself with great footwork and a deceptive quickness and change of pace. He is a good ball-handler that is shifty and hard to guard in open space because of that.

Madar’s passing is both a gift and a curse as a prospect, as he is an extremely innovative and flashy playmaker. He has a tendency to make errant passes while trying to force ambitious passes that are not there. While that is something he will need to work on as a young point guard, the upside of his passing more than makes up for the mistakes.

This Yam Madar pass is a ridiculous combination of vision, craft, accuracy and velocity pic.twitter.com/fmFF0aZdi8

Despite only being 6’3″, Madar is an aggressive offensive player that is able to get to the rim well and is a nifty finisher. He has shown the ability to finish in creative and uncomfortable ways with either hand around the basket. He has a nice touch and an interesting and unique finishing package.

The biggest question about Yam Madar, like his countrymate Deni Avdija is his shooting. However, unlike Avdija, Madar’s small size and lack of athleticism bring up questions about his NBA potential if he does not have a reliable jump shot.

While the indicators are positive between the soft touch and the 81% free throw percentage, there are still questions about his shooting. Madar shot only 27% from deep last season on around 2.6 attempts per game. There is enough to believe in based off his mid-range jump shot and his much improved pull-up jumper along with the previously mentioned indicators.

While it would be easy to assume that defense is a negative for the small Israeli guard, that is anything but true for Yam Madar. Madar is a tenacious defender that relentlessly pressures ball handlers for 94 feet à la Patrick Beverley.

Madar is a smart and aggressive defender that does not shy away from contact. He has a very advanced defensive I.Q. and is able to to disrupt plays by getting in passing lanes and getting his hands on the ball. He rotates well and is often times ahead of the offense with his movement and rotations.

What really makes Madar a special defender is his lateral quickness. He works incredibly hard on defense and is able to fight over screens and stay in front of defenders. While he is still prone to mistakes taking risks and getting himself out of position, he is a very plus on-ball defender and a complete pest that is able to bother ball handlers with immense pressure.

Another strength of Madar is, well, his strength. As a relatively small guard at 180 pounds, you would think he would be attacked on switches. While it is not impossible that Madar gets targeted on switches with teams trying to exploit his lack of size. Madar, however, has shown that he is a physical enough defender to handle switches on to bigger players in the post.

The shooting needs to be reliable in order for Madar to be able to be a legitimate offensive threat, but the defense may be enough to get teams excited about Madar as a backup point-guard option.

The 6-foot-7, 22-year-old French guard is the oldest prospect of this group but has plenty of upside with his 7’2″ wingspan.

N’Doye entered the 2019 NBA Draft before returning for another year in French. Now that N’Doye is 22 and auto eligible, he certainly made the most of his additional year. N’Doye got an increased opportunity playing for Cholet (Killian Hayes’ former club) and his role increased. This was a big chance for him to show himself, which he did—increasing his stats from 6.1 points, 3.6 rebounds, and 2.7 assists per game to 10.1 points, 4.1 rebounds and 4.0 assists per game.

Not only did his numbers improve, the big thing in my opinion were his shooting percentages. N’Doye shot 52% from the field, 75% from the free throw line, and 43% from three on 1.35 attempts. That is the most important statistic in my opinion. While the volume is not there and you would like to see more from N’Doye in that regard, the efficiency numbers do project positively to a three-point shot at the next level.

N’doye is a really big guard and can use that to his advantage, but it does bring up some questions about fit. He is not necessarily able to blow by defenders but is a willing and able passer. He does have issues with turnovers, which is something that will need to be worked on at the next level. He also has impressive passes on his resume and it is worth noting his ability to whip passes past defenders.

N’Doye’s size and wingspan projects well to the modern NBA where length and switchability are such a priority on wing defenders. His versatility is often on display offensively as he does a great job of using his length and at LNB Pro A level, he has shown the ability to switch onto bigs and defend in the post. He has also shown the ability to stay in front of guards when switching.

He does a nice job of using his length to contest shots on the perimeter as well as blocking shots. His long wingspan allows him overcome lost ground and fight over screens to contest shots. He does have a tendency to end up out of position at times, but it is nice to see his length be able to compensate for that to some degree.

At his age, there are some concerns about what N’Doye’s growth potential is, as well as questions about where he will fit positionally. However, his length and ability make him an intriguing pick for someone to take a flyer on in the second round.

The 20-year-old Cameroonian power forward playing in Italy is possibly one of the best physical specimens in the 2020 NBA Draft. At 6’8″, 215 pounds with a 7’3″ wingspan, there are plenty of things to like about Eboua based off of physique alone.

While a team may fall in love with the idea of Eboua or the idea of his body and length, his offensive game is fairly limited. There aren’t a lot of selling points from looking at his offensive ability. His offensive consists mostly of finishing assisted dunks.

He has a good basketball I.Q. and moves well off ball. His movement and cutting allows for him to get to the basket for dunks and finishes. He is not as good of a finisher as you would like for his athleticism, but he is strong and uses that strength to finish. However, he does not have great touch around the basket and that hurts his finishing ability.

On a small sample size due to an injury last year, Eboua shot 46% from the floor and 25.8% from deep. Eboua was fairly streaky and inconsistent on his shooting from deep last season, but his 62.5% mark from the free throw line, along with his lack of touch are not great indicators of that shooting improving long term.

While Eboua’s game is raw, he is an elite athlete and knows how to use his physical tools. This helps specifically on the glass and on the defensive side of the ball. He is able to use his strength to cut off ball handlers and block their way to the basket. The NBA Draft’s Cameroonian import moves well laterally and does a good job of staying in front of ball handlers on defense and absorbing contact.

With his length and athleticism, Eboua is a good rim protector. He has a good second-jump ability, which is what you look for in rim protection and shot blocking. There are still questions about his post defense and his defensive footwork, but his strength and athleticism help compensate for some of those issues.

While Eboua is a good rebounder on the defensive glass, he’s also positively a great offensive rebounder, too, averaging over 2.5 offensive boards a game. He has a good feel on the offensive glass and is adept at getting himself in position for putback dunks.

The potential for Eboua as a power forward/center is there based off his freakish athleticism and physique alone. He is still raw and would need to be coached up but the tools are enough for teams to want to take a risk on him in the second round.

These players all show flashes of upside with their skills or bodies, will that be enough for somebody to take a swing on them in the second round? With guys like Rudy Gobert and Nikola Jokic becoming stars from the late first and second round, every team would be chopping at the bit to hit the next home run.