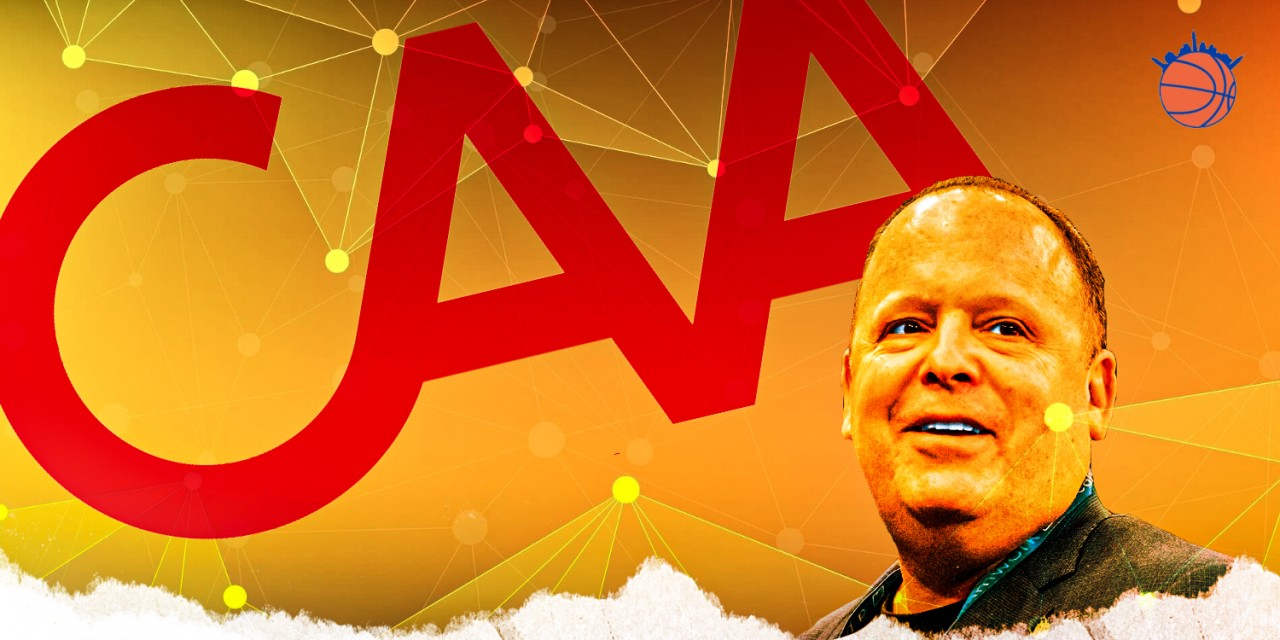 CAA has long been involved with the Knicks, lurking in the shadows. Now Leon Rose, team president, firmly holds power in a not-so-subtle way.

Leon Rose was hired as president of the New York Knicks for his credentials and connections.

He co-launched CAA’s basketball division (giving Rich Paul his start) and represented the likes of Joel Embiid, Chris Paul, Devin Booker, Karl-Anthony Towns, Carmelo Anthony, Allen Iverson, and LeBron James. In his statement upon joining the Knicks, Rose lauded his own success over the past quarter-century. “I have had the privilege of the helping to shape the careers of many incredible athletes…In my career as an agent, I experienced the intricacies of the league, player recruitment…how to develop relationships, unity and team cohesiveness.”

Rose’s hiring is also supposed to signify a pivot towards credibility, intelligence, and a broader cultural shift on and off the court. At least, I think.

His statement, while highlighting past accomplishments, doesn’t mention much about, you know, the future, except for one platitude: “We will develop a plan that makes sense, both to jumpstart our short-term growth and ensure our long-term success.”

Due to the coronavirus, Rose’s hasn’t had opportunities to reshape the roster, but he has overseen a few notable moves. In June, he brought aboard William “World Wide Wes” Wesley, a CAA consultant for 13 years, as his consigliere. Then, he tapped his old pal via CAA Tom Thibodeau as the team’s next head coach. This week, the Knicks added University of Kentucky assistant coach and Wesley’s best bud, Kenny Payne, to Thibodeau’s staff.

Individually, each of these hires is sensible. Even if you doubt the viability of Thibodeau’s approach in the 2020’s, or the potential impact of Wesley or Payne, there’s no basis on which to question their track record nor competency. Wesley is one of the league’s most well-connected power brokers. Thibodeau has achieved varying degrees of success as a coach with a legendary work ethic and hoops obsession. Payne brings impressive developmental pedigree who was voted top assistant in the SEC, and many of his former players—including Anthony Davis, Kevin Knox and Julius Randle, and CAA clients Booker and Towns—have sung his praises.

Their presence may well improve the franchise, but their hiring nevertheless exemplifies a new regime turning to old associates. Mike Woodson, a CAA client, is rumored to be joining Payne on Thibodeau’s bench. One of the two minor roster moves Rose has made since taking over involved releasing Alonzo Trier to claim CAA client Theo Pinson (the team also waived Kadeem Allen to sign Jared Harper.)

The Knicks’ cabinet of assets, expiring deals, and cap space suggests they’ll be active when the offseason gets rolling, and it’s worth keeping tabs on how closely Rose’s past relationships manifests in future personnel decisions. In addition to the aforementioned All-Stars with CAA ties (Booker, Embiid, Towns, Paul), impending free agents such as Michael Kidd-Gilchrist (Wesley’s close family friend), Allen Crabbe, Meyers Leonard, Danilo Gallinari, and Anthony have connections with the Rose administration.

There’s an ongoing dispute in Hollywood over the practice of “packaging”—when agencies wriggle a production into hiring as many of its clients as possible, limiting opportunities for those with other representation. As a former CAA bigwig, Leon Rose is presumably familiar with the practice, and, so far, his Knicks administration has given off serious packaging vibes.

In Rose’s defense, his network casts an unavoidably wide umbrella over the NBA community. And, as with Hollywood productions, agencies influencing professional sports team operations is nothing new. The Knicks, in particular, have succumbed to CAA bias before—resulting in Anthony donning a Knicks jersey (good), but also Eddy Curry and Chris Smith (bad).

Personally, I was under the impression that repeating previous mistakes and practices was precisely the kind of thing a revamped front office would be expected not to do.

The sample size is small, and the 2019–20 NBA season is unexpectedly still going on. Free agency commences on October 18th, and Rose may soon make beneficial acquisitions that involve people within the CAA orbit. Furthermore, hiring people with whom one has worked and built relationships is not inherently misguided, and CAA’s NBA roster and resume is prolific.

However, during this purgatory period for the Knicks, instead of filling the negative space with soundbites or announcements alluding to innovation, outside-the-box ideas, or new approaches that connote forward-thinking, we’ve mostly just seen Rose hire a few of his friends and former clients.

Just something to keep an eye on.