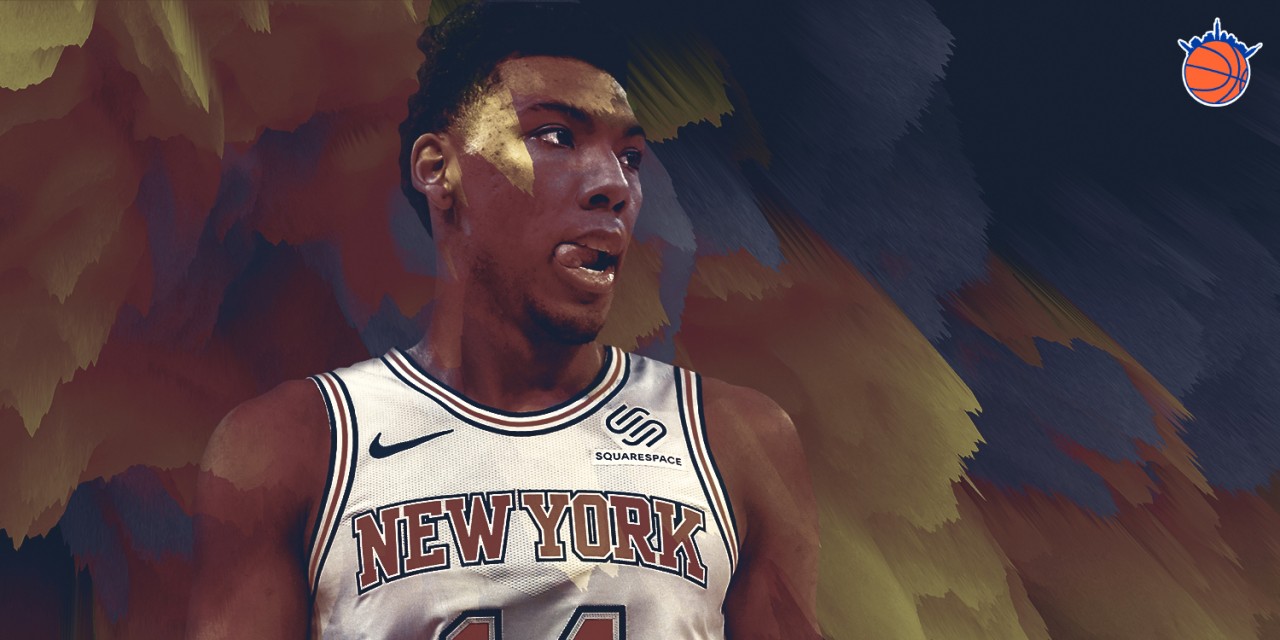 Second-year undrafted guard Allonzo Trier has all but been excluded from Knicks head coach David Fizdale’s rotation. What happened?

After last year’s franchise-worst 17-65 season, there were but a few bright spots to point to: Mitchell Robinson’s spectacular rookie play, Dennis Smith Jr.’s flashes, and the raw scoring ability of the undrafted combo guard colloquially known as “Iso Zo.” That was basically it. Everything else, from David Fizdale’s rotations, to Frank Ntilikina’s development, to Kevin Knox’s post-November rookie year, was borderline disastrous.

And with the foolish optimism of the criminally insane, Knicks fans thought to themselves, “at least it can’t get worse.” But in their dreams of Durant and Irving and Zion, which not-so-smoothly shifted to dreams of Randle and Barrett and Morris, they had forgotten a crucial lesson, one I learned at a young age from a children’s book aptly titled “It Could Always Be Worse” (A Yiddish Folk Tale).

Any guesses as to whether Morris shot this or passed it? pic.twitter.com/Kb904JGUzs

Despite adding $86,343,148 in salary this season alone (that’s the real number, look upon it and despair), the Knicks are actually worse through a quarter season than they were last year, sitting on a 4-16 record, compared to 6-14 last year. After signing only offensive-minded talent in the summer (with the exception of Taj Gibson, bless his soul) the team’s offense has somehow grown more incompetent. Last season, the team averaged 108.9 points per game through their first 20 contests, and was “only” held to fewer than 100 points three times. This season, the team is averaging 101.5 points per contest and has been held to fewer than 100 points six times, including two of the last three games.

And yet, regardless of last year’s success, of the injuries befalling almost every guard on the roster—Smith, Dotson, Payton, and Bullock have all missed significant time, and Frank Ntilikina missed most of last game with a sore back—and of the team’s desperate need for shooting, Trier has now seen DNP-CD in over half this young season’s games, including eight of the last nine.

Now, I haven’t been shy on my opinions of Allonzo Trier in the past.

I’ve been saying for weeks that there isn’t room on this team for Trier to be the guy he wants to be. Ideally they wait til December 15th and package him with one of the vets for a bigger return but they need to trade him IMO

I’m generally not a fan of non-superstars whose preferred play style is isolation gunning. On a team with multiple other players who fit that description, namely Randle, Morris, Barrett, and Smith, I’ve struggled to see how Trier could add something those other players couldn’t. But it’s become clear that this offense needs all the juice it can get, and if there’s one thing Trier’s got, it’s the juice.

Ironically, Trier has improved on many of the aspects of his offensive game that rubbed me the wrong way last season—his True Shooting, Three-Point Attempt rate, Free Throw Attempt rate, and assist percentage have all risen dramatically since his rookie year (per Basketball-Reference) despite his usage rate, which is still too high, staying the same. Though his 45.5% three-point percentage is a ridiculous and unsustainable mark, it points to his being one of the team’s most accurate shooters from deep.

And yet, he’s clearly lost Fizdale’s trust. It’s easy to point to his mediocre, undisciplined defense, which is also the reason Fizdale says Knox has been in the doghouse of late, though that doesn’t seem to ever effect the playing time of Julius Randle or Bobby Portis. Damyean Dotson, a more natural 3-and-D type stylistically, has taken hold of the available off-guard minutes despite one of the worst shooting stretches of his young career (30.4% from three compared to his 35% career mark), thanks to his willingness to grind on the defensive end, move without the ball, and make the extra pass.

I’m not going to pretend that Allonzo Trier is perfect, even offensively. Despite comments made by Fizdale about Trier’s desire and willingness to change his game to become a more successful team player, it’s a little unreasonable to expect a guy with the Twitter handle IsoZo to just up and change his game overnight.

Zo’s struggle balancing his play style (which has gotten him to where he is today) with what he’s clearly been told will get him minutes this year can be seen in the numbers. Despite the improvements mentioned above, which show an increased focus on threes, shots at the rim, and making the extra pass at the expense of midrange pull-ups, the Iso Zo tendencies are still there. Among players who have played at least nine games, Trier is currently 38th league-wide in seconds per touch (4.7, versus 4.16 last year), which is more than Donovan Mitchell, C.J. McCollum, Lou Williams or Kawhi. He’s also 43rd in dribbles per touch (4.17, versus 3.48 last year), a higher mark than Russell Westbrook, LeBron James, or D’Angelo Russell (per NBA Stats).

But here’s the thing: it doesn’t really matter. This team sucks, whether Trier is playing or not. And for that reason, it’s genuinely irresponsible for Fizdale to not be playing guys like Trier and Knox. The vets getting minutes ahead of them, especially Morris and Ellington, are going to be gone by next summer at the latest. The team isn’t competing for a playoff spot, despite what Fizdale might think about how things coulda-woulda-shoulda gone if certain plays broke the other way. Not only do the Knicks need all the development success stories they can get (remember that whole thing about Nets versus Knicks culture?), but they could also drum up trade value in case Scott Perry wants to package a young player with a vet to add an asset to the collection.

After the team’s disastrous beat down delivered by Cleveland on November 10th, there was talk of how Steve Mills and Scott Perry like to evaluate the season in 10-game increments. Well, the second 10-game chunk is now over, and offered no more success than the first. With December 15th rapidly approaching, it’s possible things could change quickly between now and December 21st, the 30-game mark. By then the team could have new personnel, a new head coach, or even a new front office (though the latter seems highly unlikely). And in such uncertain situations, it’s important for an out-of-the-rotation guy like Trier to stay ready. I’m willing to bet that sooner rather than later, his opportunities are going to reappear.

»READ: Allonzo Trier is “harnessing” his three-point shot in the offseason for the Knicks