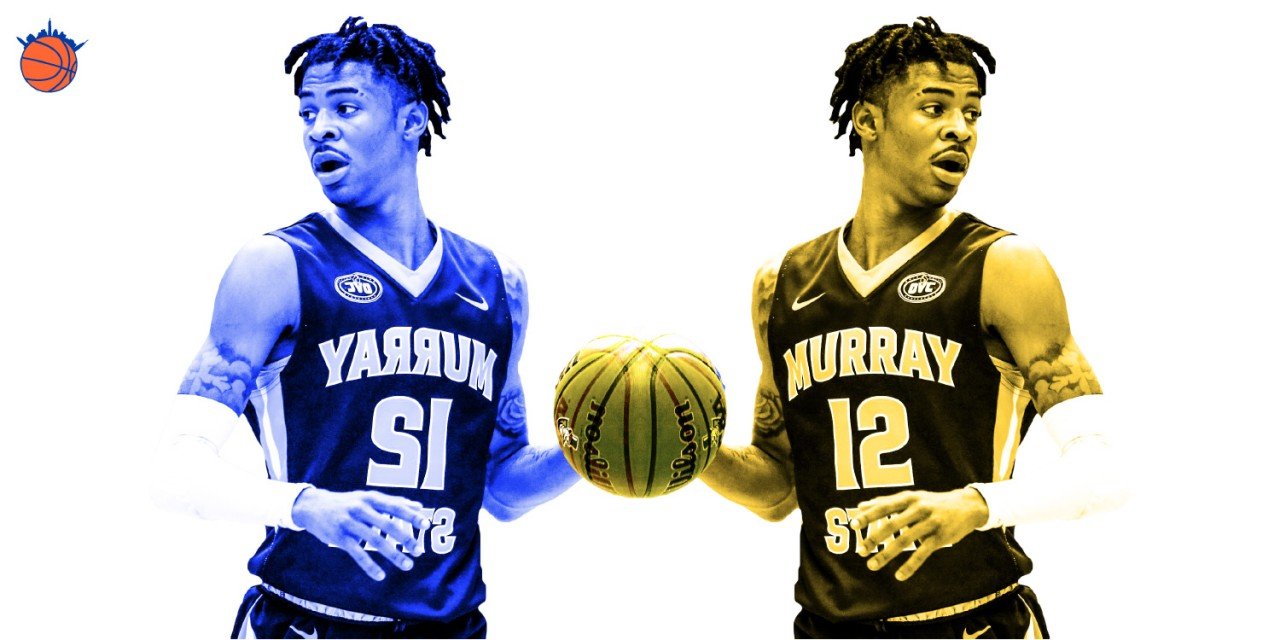 The Knicks have a better chance not to land Zion Williamson than landing the Duke stud. The contingency plan, as The Knicks Wall’s draft analyst Mike Cortez explains, lies in guard Ja Morant.

April 27, 2019, will forever be remembered by me as Stark Sunday. A day I dedicated five hours of my life to Avengers: Endgame and Game of Thrones‘ Battle of Winterfell—seminal moments in two series in which I invested years.

The conclusion felt foregone heading into both: Tony Stark was to die at the end of Endgame and Jon Snow was to take down the Night King to end The Long Night. Avengers followed through on this expectation, beautifully, while Game of Thrones called an audible. It was no surprise that Marvel was met with praise while Thrones was met with some serious pushback because fans felt cheated.

What does any of this have to do with the Knicks you ask? To most Knicks fans, May 14th is our seminal moment, our Endgame or Long Night—the day it becomes a fact that Zion Williamson will be ours.

When it became crystal clear that the Knicks were the worst team in the league, only two dates mattered: May 14th and July 1st. Zion is our prince that was promised. And he, along with Kevin Durant and Kyrie Irving, would put an end to our Long Night.

On lottery night we finally get to see if reality’s script aligns with ours. As wonderful as it would be to have the storybook ending, this is the Knicks we’re talking about; do storybook endings even exist?

It’s a big reason why, as steadfast as Knick loyalists remain in their belief that Williamson is coming, there’s an equal amount of apprehension, waiting for the second shoe to drop.

No Zion could easily mean no KD or Kyrie—and more “LOLKnicks” jokes. It could mean more tanking on the horizon, or “talent acquisition,” as Scott Perry and Steve Mills will brand it.

Believe it or not, if the balls do not bounce the Knicks’ way, the sun will still rise and the future in New York can remain bright.

»READ MORE: Rui Hachimura’s draft profile, everything you need to know about the prospect

For argument’s sake, let’s say the Knicks do fall, but only one spot to second overall. In that scenario R.J. Barrett is the consensus pick. He does not encroach on the potential arrival of Durant or Kyrie and holds some star potential. Barrett is a fine player, and someone I argued for to be the choice at two.

Truth is, there is a much better option. Stay with me here, because this is a take.

The Knicks would be fools to not take Ja Morant at second overall. Not only does Morant carry the second-highest star potential in this draft class, his arrival could steer the front office towards the free agent path they should have been focused on the whole time.

Point guard value is tough to gauge. It’s an odd blend of how quarterbacks and running backs are valued in football. There are plenty of capable, low cost, plug-and-plays available, yet teams search for the next young beast (e.g. Kris Dunn or Dante Exum going top five) in hopes of turning their franchise fortunes around.

The problem? Most title teams have not spent big at the point guard position. Kevin O’Connor of The Ringer examined this at much greater length last year. From his 2017 piece:

“Only two of the championship point guards have accounted for slightly over 20% of a cap (Tony Parker in 2014 and Irving in 2016), and only Parker was the highest-paid player on his team.”

You can now add Steph Curry to that list, but the overarching point still holds—you’re better off spending big at other positions. Irving is another one of these exceptions. He is top five at his position, still in his prime, and the kind of halfcourt scorer you need in the playoffs.

As fantastic as Kyrie in NYC would be, he is not a sure bet. He can change his mind and stay in Boston if he likes. It never made much sense to leave a young team to which he was given the keys. Most believe that no Kyrie means no Durant. Frank Isola reported a few months back that if Durant signs with New York it would be with another star.

This is where Ja can come in for a bigger assist than he ever had at Murray State. Yes, even better than this:

fuck it, GIVE ME JA AT 2 pic.twitter.com/4wy87lXLpu

Ja Morant is skilled enough to start from day one. There are few question marks in his game, and his playing style is one that KD should be familiar with. Morant emulates Durant’s former brother-in-arms Russell Westbrook, only Morant is a visionary with the rock. He sees plays before they happen and the ball is always moving when he is on the court.

Durant has already praised Morant as his favorite player in college last season, so the interest is there. Durant could take Ja under his wing and build a relationship similar to what Kyrie and LeBron enjoyed in Cleveland. With the money saved on drafting Ja, the front office can shift their focus to a more lethal weapon—Kawhi Leonard.

There are two people walking God’s green earth who can slow Durant down considerably: Giannis Antetokounmpo and Kawhi Leonard. Giannis will presumably become Durant’s new rival, but Kawhi is also a free agent this summer and is no lock to return to Toronto.

If Durant leaves the cozy confines of Golden State for the concrete jungle, he will need to plan every move to perfection. Thus far he has followed a blueprint similar to LeBron James’ in regard to free agency, but perhaps he should take a page from Dwyane Wade’s book and neutralize one of his biggest threats to reaching the finals.

Linking up with the only man to put the fear of god in LeBron is a solid place to start. A Durant-Leonard pairing works on every possible level. Kawhi’s low-key demeanor yields the spotlight to Durant, and allows him to do what he does best: kill opponents.

There should be mild interest on Kawhi’s end in the Knicks; they were on his list of destinations last year. Pitching NYC with Durant should increase that appeal. Morant can add to that allure with flashy passing and scoring prowess of his own. Together, they instantly form the league’s newest big three and become legitimate contenders.

Now, what if Morant comes to New York, but KD, Kawhi, or Kyrie do not? That would not be the end of the world either.

Morant has his defensive limitations; at 6-foot-3, he’s only able to guard one position. The current roster cannot match the insulation of KD and Kawhi, but it can offer Frank Ntilikina and Mitchell Robinson.

Ntilikina can share the backcourt with Morant—perhaps awakening Frankie’s offensive potential as well—taking on the toughest perimeter threat. Robinson offers elite rim protection, and the lob potential between Morant and Mitch is salivating.

Offense is where Fizdale would have to get crafty. As strong a scorer as Morant was at Murray State—averaging 24.5 points per game and shooting 49.9% from the field—it would be a tough ask for him to be the team’s leading scorer. Fizdale may have to pair Morant with score-first guards such as Dennis Smith Jr. or Allonzo Trier, sacrificing defense in the process.

A backcourt pairing of Morant and DSJ holds some intrigue as well. They could be a disaster defensively but could also be a variation on what Portland has in Damian Lillard and C.J. McCollum offensively. Both can jump through the roof, and Morant’s share-first mentality could mesh nicely with Smith’s score-first demeanor.

The problem is neither Smith nor Morant are shooters of Dame and C.J.’s caliber, which is why this pairing could be a disaster. You can survive two 6-foot-3 guys on the court together if they are hitting threes at the rate of Dame and C.J.

Fizdale could stagger Smith and Morant with one leading the second unit, but a better option could be to move DSJ on draft night for a better fit. Trier can fill the same function as Smith, without the potential headaches Smith could present if he wants to be a starter.

Moving Smith makes more sense in a world where Morant is a Knick. That is the only downside to selecting Morant, if you want to even consider it that. Smith could be traded for a pick on draft night to acquire a more capable piece around Morant.

There is no better way to salvage the blow of not getting Zion than Morant. Point guard has long been the issue at the heart of the Knicks’ inability to win. Morant solves that problem, and could incite a fun playing style like we saw Trae Young bring to Atlanta last season.

Ja is not our Jon Snow, but he can definitely be our Arya Stark. Not the hero we expected to save us, but one who is capable in his own right.

And certainly one capable of ending our Long Night.

»READ: Should the Knicks consider trading back to draft USC’s Kevin Porter Jr.?

»READ: Is UNC’s Nassir Little a reach for the Knicks?