Making the Case for Deuce McBride to Close the Season 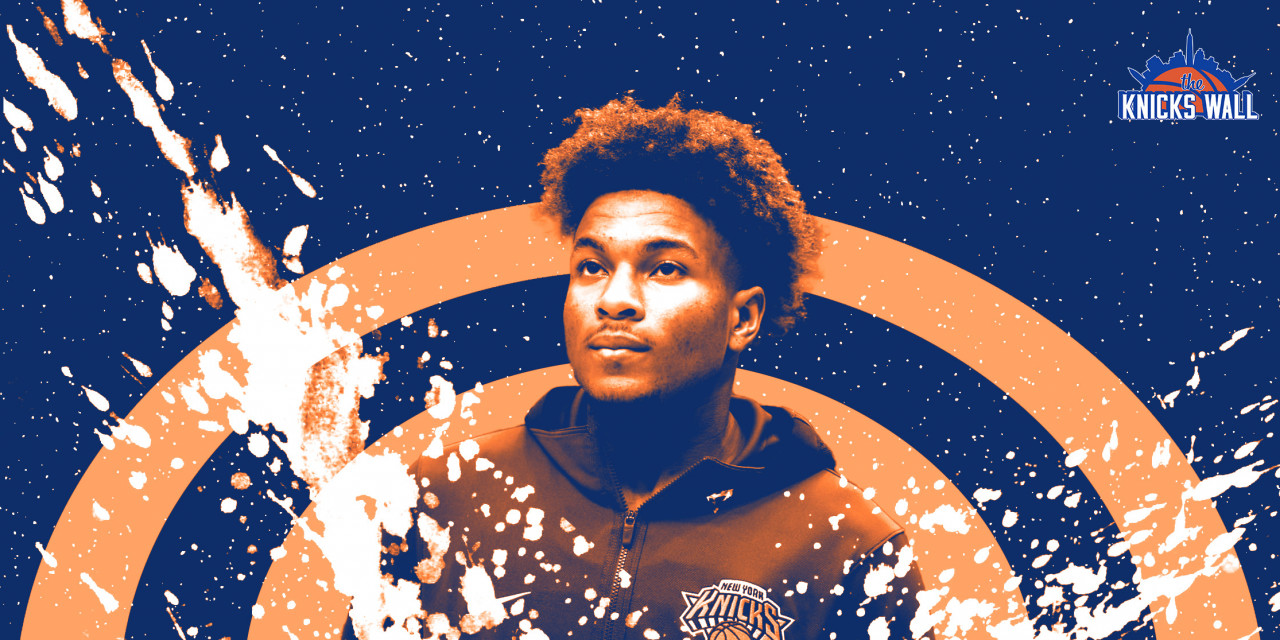 As the Knicks continue to struggle and a legitimate playoff run is out the window, it’s time to give rookie point guard Miles “Deuce” McBride a real chance.

Miles “Deuce” McBride is an NBA player. NBA players don’t belong in the G League, yet the New York Knicks refuse to acknowledge this. Whether it’s because Tom Thibodeau refuses to play young players or there isn’t space on the big roster, there are no longer excuses to hold back players like McBride. The Knicks have been an overwhelming letdown, and the least they could do is play the youngsters the rest of the way in what’s probably an already lost season.

Young players need to be allowed to make mistakes and grow on the court—especially when it comes to players like McBride, who has shown glimpses of being a solid contributor at the highest level. The worst thing that McBride did was catch COVID-19 after the best game in his young career thus far. After scoring 15 points and dishing out nine assists and four steals, Deuce entered the league’s health and safety protocols, making it impossible to build on his strong outing. McBride was given an opportunity once he was able to return after missing five games, but unfortunately for him, it wasn’t enough to show Thibodeau he was deserving of consistent minutes. This is all regardless of the fact that he fills a need for New York’s most pressing issue: consistent point guard play.

Since January 4th, McBride hasn’t logged more than three minutes a night. On the rare occasion he gets into games, he can’t properly develop if his playing time is both extremely limited and very inconsistent. It’d be understandable if McBride was sitting behind players who are playing well and helping the team win games, but he’s not. The Knicks neophyte is not seeing the court for the likes of Kemba Walker and Alec Burks, two players that are neither long-term solutions for the franchise nor contributing to winning.

To add insult to injury, Derrick Rose, who might be the only other true point guard on the team, is recovering from ankle surgery, which should open up playing time for McBride. Head coach Tom Thibodeau has not afforded McBride the luxury of learning from his mistakes—he has allowed other young players who he may trust more to play through struggles this year. Immanuel Quickley, for example, has been having a very difficult time on the court. Thibs’ approach hasn’t been consistent while he allows other players to work through issues, and he pulls the leash on others too soon.

Now that the season is all but lost, Thibs might need to reinsert McBride to his point guard committee because the guys he’s played have not given the desired results. He can save face on a disappointing campaign by at least nurturing a promising young player instead of yanking him out for a mistake or giving a couple of minutes during garbage time.

When McBride is not playing, he’s back and forth between Madison Square Garden and Westchester. This season, however, due to the COVID-19 pandemic, the Westchester Knicks have played their games in Bridgeport, Connecticut. Nevertheless, McBride has made the most of his opportunity to develop with Westchester. McBride has dominated the NBA’s minor league, averaging an astonishing 29.5 points per game along with 10.3 assists and 6.3 rebounds. He’s also averaging three steals a game and shooting 50% from three-point range. The sample size is small, just four games, but it shows that when McBride is given ample time on the court he is able to produce in a major way. Obviously, McBride is not going to put up his video game–like G League numbers in the NBA, but he’s clearly capable of competing at the next level.

After the All-Star break, the Knicks need to focus on getting their young players more involved in the process. Thibs sticking to vets on short-term deals has not worked. New York is currently 25-34, 12th in the Eastern Conference standings, and have two wins and eight losses in their last 10 games.

If the season ended today, the Knicks aren’t even a play-in team. There are 23 games left in the season, and it’s going to take a miracle run to generate a playoff berth. So, there is no reason at this point that veterans should be playing more than younger players on a losing team. After blowing another 20-plus-point lead in their last game before the All-Star Weekend, Thibodeau said “Everything’s on the table” in his postgame press conference. One would assume that means significant changes to his rotations are coming—and with just cause. When New York’s second half starts up this coming Friday, McBride along with a slew of others should a huge bump in playing time.

There is no need to point out that the Knicks need a point guard but it’s becoming painful. All season long they’ve been running Kemba Walker, aside from the time he was benched for nine games, something that still hasn’t been fully explained over three months later. Walker, a shell of himself, has been unreliable due to his nagging injuries and diminished production. He should not be playing as much as he does or at all at this point. He is not the answer to that position. Miles “Deuce” McBride is a 21-year-old rookie with the potential to be great offensively and defensively. He’s shown a clear ability to score and orchestrate an offense and can pick up the other team’s point guard for 94 feet. The Knicks must give him every chance to hone his talents.