Making Sense of the Knicks’ First Week of Winless Basketball 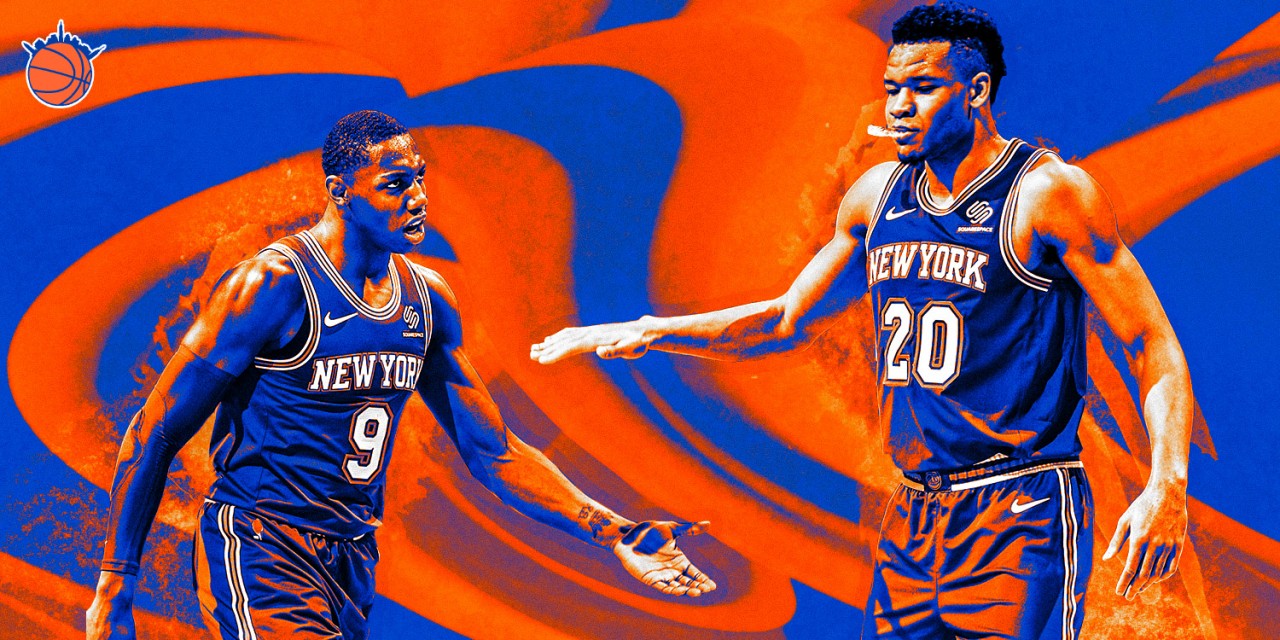 The Knicks lost three close games in their first week of play. Were the contentious fourth quarters a measure of their competitiveness or not?

Through three games, the Knicks are winless, with many more questions than answers and few reasons to feel good. The play has been sloppy, the offense has been stagnant, the defense has been shaky at best, and the point guards are a mess. Despite all of that, though, the Knicks still had a chance to win each game before succumbing to poor fourth-quarter stretches of play.

In Wednesday’s season opener in San Antonio, they led after three quarters before surrendering an 18-0 run and losing 120-111. On Friday in Brooklyn, they went scoreless for the final three minutes and 41 seconds as Kyrie Irving dropped five straight buckets to clinch a 113-109 Nets victory. During the home opener on Saturday, the Knicks were outscored 36-19 in the final frame en route to a 23-point loss. (Overall, they’ve been outscored 92-72 in fourth quarters.)

Other than that—things have been going great!

Here are some observations from the first week of the season, starting with the good: the play of R.J. Barrett—undoubtedly the most encouraging development so far.

The silver lining of the night: RJ Barrett pic.twitter.com/TctqUUxKlE

Through his first three career games, the rook is averaging 21 points and five rebounds, has drained seven of his 13 three-point attempts and 51% of his field goals overall. He’s forced the issue a few times, but his intrinsic feel for the pace and space of the game is obvious. He is tough going to the basket, and the aggressiveness and confidence with which he’s come out of the gates is exciting to see.

He could use a little more craftiness around the rim, but his striking size, left-handedness, and slightly off-beat rhythm allow the 19-year-old to get to the basket almost at will. He’s also shown patience and a keen sense of timing on some passes out of the pick-and-roll.

RJ to Mitch to get things started.

He’s not the answer at point guard, but he’s been the Knicks best and most consistent player, and Knicks fans should be feeling good about their top pick. Between his strong play and Zion’s injury, Barrett’s stated goal of winning Rookie of the Year has started off on the right track.

RJ went off for 26 points last night. We’ve got a good one Knicks fans! pic.twitter.com/FAQdNZqDcd

Something About It Stinks

Speaking of point guard, here are the shooting stats and minutes per game and plus/minus for the Knicks’ four point guards so far.

Clearly, this is something Coach Fizdale has to figure out soon, and so far none of the four guys on the roster have stepped up and earned the job. Payton has been the most effective, especially in San Antonio, when he spiked the third quarter comeback and tallied 11 points, eight assists, and five steals. Fiz has started Payton in both games since (after going with Trier in Game One), and Elfrid’s defensive prowess (three steals per game so far) and ability to orchestrate has been noticeable. However, he is reluctant to look for his shot, and it’s unlikely that his three-point shooting will hold up. Trier got hot Friday on his way to a team-high 22 points, but he didn’t follow it up in the Celtics loss.

The most concerning issue, though, has to be the dismal play of Dennis Smith Jr. His preseason shooting woes have continued into the real games, and, as Walt Frazier pointed out, you can see him “thinking” before each shot. Knicks fans have already begun to lose their patience and made their displeasure known with boos in the third quarter Saturday after a few more bricks. It’s too early to put Smith in the doghouse, though I was cheering with Knicks fans from home for Fiz to take Frank Ntilikina out of his pocket.

The Knicks have also been playing cripplingly sloppy and irresponsible basketball. One consequence of poor point-guard play has been an offense that hasn’t passed or protected the ball well. Fizdale talked about moving the ball more this season, but that has yet to manifest.

They’ve played at a brisk pace but haven’t used it to foster enough ball movement, like this:

Things you love to see: pic.twitter.com/7l9IOCh6ya

Their passing has been wholly haphazard, contributing to the highest turnover percentage in the league, and nearly the worst assist-to-turnover ratio.

One positive: they are taking shooting the three decently well at 41.5%, and hopefully they take more of them.

All in all, they’ve accrued a dreary 98.1 Offensive Rating, 25th in the league. Perhaps more significantly, they just haven’t landed on any type of offensive identity yet, which may not happen until Fizdale figures out his rotations.

The poor offense has also hurt their defense, as the Knicks have allowed the most points off turnovers in the league. They’ve given up 117 points per game, including 72 second-half points to Boston as the team’s body language and focus noticeably sagged. They are stealing the ball a lot, but they have also fouled way too much. Mitchell Robinson and Elfrid Payton have wreaked some havoc, while Barrett has been surprisingly stout. On the plus side, they had defended the three mostly well until the fourth quarter versus Boston.

It’s hard to see the Knicks ever becoming an elite defensive team, but they should have enough solid individual defenders and power forwards to put be decent on that end of the floor. Instead, they’ve made too many blunders.

Julius Randle looked great in San Antonio—notching 25 and 11—but has played discouragingly worse since. His motor is commendable and his sheer activity level around the rim puts him in position to make a lot of plays, but it also leads to reckless rim-attacks and turnovers. Plus, after a brutal 5-of-15, six-turnover night in Brooklyn, he was mostly a non-factor against Boston, going just 4-for-11 with five more fumbles.

After missing the Spurs game with a sprained ankle, Mitchell Robinson has picked up where he left off last season. His activity level around the rim has been impactful on both ends, and, along with Barrett, he was one of the only two Knicks to play well in the Boston game, posting 17 points (7-of-7 from the field), six boards, and three blocks in just 20 minutes.

Marcus Morris led the charge for the first three quarters in Texas, but I’d like to see Kevin Knox make a dent in the vet’s minutes. Knox is basically a sieve on defense, but he shot the ball great in the first two games and his stroke looks particularly smooth.

Knox’s shot looks sooooooooooooooooo much better than it did last season pic.twitter.com/VFtBgENhI5

On the other hand, the Knicks second unit has struggled, so maybe Fiz would rather keep Knox as the top option off the pine.

Knox continues to be the best thing about the second unit pic.twitter.com/9fkqHcYrW9

Fizdale is going to have to decide on a crunch time five. The offense has particularly struggled late in games, and it doesn’t seem like the team knows exactly who the first option is down the stretch. It’ll be interesting to see if and when exactly Barrett becomes the de factor closer.

If there’s any silver lining, at least it can only get better from here, right?