Mapping Out an Ideal, Yet Realistic, Potential Roster for Next Year’s Knicks 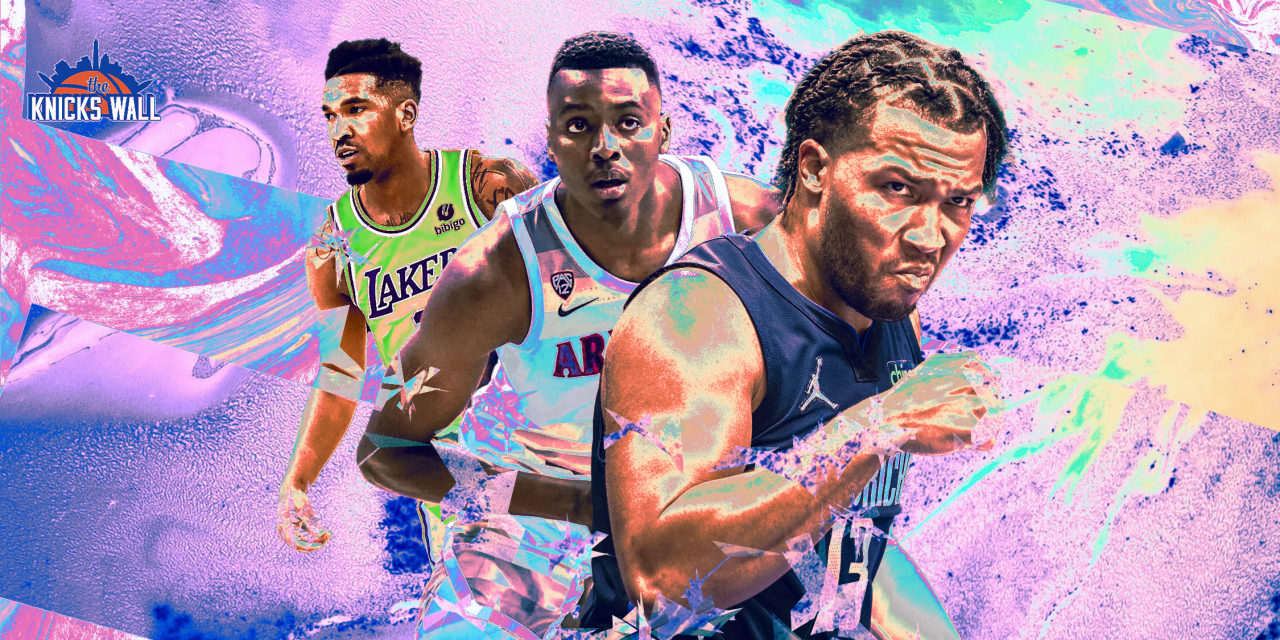 Already looking at next year, the Knicks need an offseason to reevaluate their roster and invest in the point guard position for real.

Currently sitting in 12th place in the Eastern Conference standings at 25-36, the New York Knicks find themselves circling the drain, with little hopes of making even the play-in tournament.

There is plenty of blame to go around, and whether you want to point fingers at Tom Thibodeau and his inability to make in-game adjustments; the players, who collectively, haven’t performed consistently well enough or put forth enough effort at times; or Leon Rose and co., who have not done the best job of assembling a roster that can go toe-to-toe with the better teams in the Association, there definitely needs to be changes on the horizon.

Honing in on the roster, if the ‘Bockers think can run it back with this group of guys and expect to be good, that is the definition of insanity. Fortunately, the Knicks can wheel and deal, use free agency and the draft to bolster the team. Thus far, Rose has had success in both the 2020 and 2021 drafts, securing promising young players like Obi Toppin, Immanuel Quickley, Quentin Grimes and Miles “Deuce” McBride, the latter three of which were late first- and second-round picks.

Rose has the opportunity to really win over Knicks fans and bring back the energy and juice surrounding the organization if he plays his cards right. Although he has not taken a huge swing yet, this summer could be the perfect time for the Knicks president to really go after a star and/or maybe use the draft capital to secure another young star to pair with RJ Barrett.

One major point of contention for the Knicks in recent memory has been their lack of a point guard. With Derrick Rose sidelined for a huge chunk of this season, New York has turned to Alec Burks, Kemba Walker, and Immanuel Quickley to handle the point duties. Burks is clearly not fit to run the one, Walker is on the back nine of his career and doesn’t provide the consistency and distribution ability and Quickley has regressed in his second NBA season and really looks to be more of a shooter than a floor general.

With Kemba Walker shut down for the rest of the season in order to get an early start on gearing up for next year, there is little to no chance he is back next season. Walker’s homecoming gave us some nice moments and he was truly a class act even while on the bench, but the 31-year-old does not have a future here in the orange and blue.

D-Rose, who inked a three-year, $43 million contract in this past offseason, is an ideal type of floor general that the Knicks need. Rose is not physically equipped to be a starter, but would be one of the best backups in the league if he can remain healthy. Having Rose as a potential sixth or seventh man next season would be ideal.

Youngsters Deuce McBride and IQ, unless part of a trade, will likely be back with the Knicks next season. IQ has taken a step back this season, but has proven he is a capable shooter and offensive creator with a smooth floater. McBride, who has split time between the NBA and Westchester Knicks, has been a big time star down in the G League but has not seen much action for the big boy Knicks this year. Deuce can be a dark horse two-way contributor next year, depending on if whoever is coaching this team is willing to give him run.

Jalen Brunson to the Knicks for me just makes too much sense. Brunson, who is a free agent this summer, is having a career year, averaging 16.0 points per game, 5.4 assists, and is shooting 36.8% from behind the arc, per Basketball-Reference. The former Villanova Wildcat has Knicks ties, because of his father Rick, and is very solid in all facets of the game, including defense. The 25-year-old isn’t an explosive player who is going to play above the rim but provides consistency and stability that the Knicks need.

As for the draft, I have my eye on Kentucky point guard TyTy Washington as the Knicks’ first draft pick. Obviously, the CAA-Kentucky connection is a factor here, but the 6-foot-3 guard has excellent size, lighting quickness and is a good shooter. Washington’s quickness and athleticism could be a nice complement to Brunson, who is more methodical. Additionally, the 20-year-old Washington shares some similar qualities to Brunson in his team-first mentality and court vision. He could realistically available where the Knicks pick, which is towards the end of the lottery.

The projected returners provide a nice balance to me in terms of a mix of veterans and young players. Young guns RJ Barrett and Quentin Grimes are extremely solid pieces to build around with Barrett having the higher ceiling and Grimes being a 3-and-D guy off of the bench (at least for now). The major x-factor is Cam Reddish, who has the talent to be a very good player but just hasn’t got the opportunity to showcase his talent in New York, with Tom Thibodeau being at fault here.

Obi Toppin to me also slides into the category of Grimes and Barrett where he can be a huge part of the future. Unfortunately, Obi has recieved the Reddish treatment and is not getting the run he should under Thibs.

Randle and Fournier fit into the category of large contracts that likely won’t be moved. If you look at these two optimistically, Randle definitely has the capability to be a 20 and 10 type of guy, but for some reason took a step back this season. One would hope that upgrading the point guard position would help Randle return to form that he was at during the 2020–21 season. As for Fournier, despite his lack of defense and frustrating inconsistencies, he still is capable of erupting and is shooting 39.6% from behind the arc, per Basketball-Reference.

Monk in a way resurrected his career in Los Angeles, after some disappointing seasons in Charlotte. Monk is the only desirable young player on the Lakers currently and definitely could be an option for the Knicks as someone who can score the rock at a good clip. I envision Monk not wanting to be part of a tumultuous Lakers situation and can cash in this offseason in another big city like New York.

Monk is averaging a career-high 12.6 points per game and is shooting around 40% from behind the arc, per Basketball-Reference. Monk, who also has Kentucky ties, can be a nice rotational scorer for the Knicks.

Mitchell Robinson’s weird season both on and off the floor gives me reason to believe that the Knicks will decide to move on from him at the conclusion of the year. Robinson’s injuries coupled with his strange social-media outbursts make him not so much of a reliable option, despite his talent. Jericho Sims has just as much athleticism and can develop into at least 75% of Mitch, without the injuries and immaturity.

As for Nerlens Noel, I do not think there you can have him on the roster next season. Like Mitch, Noel has been injury prone and also has been ineffective on the floor, proving that his contract this offseason was a big mistake. The Knicks have to find a way to move him and keep Thibs favorite Taj Gibson as the veteran backup.

The Knicks use the draft to find a young center to replace Mitchell Robinson and, if I had to guess, their man would be Arizona big man, Christian Koloko in the second-round. At 7-for-1, 230 pounds, Koloko is a large, rim-running type of center who would be a project if the Knicks drafted him. I know this isn’t ideally the route the Knicks probably would want to go in terms of their frontcourt changes, but I do believe in today’s NBA the Knicks can get by with Sims, Gibson, and a young guy like Koloko, if they are able to shore up positions like wing and point guard.