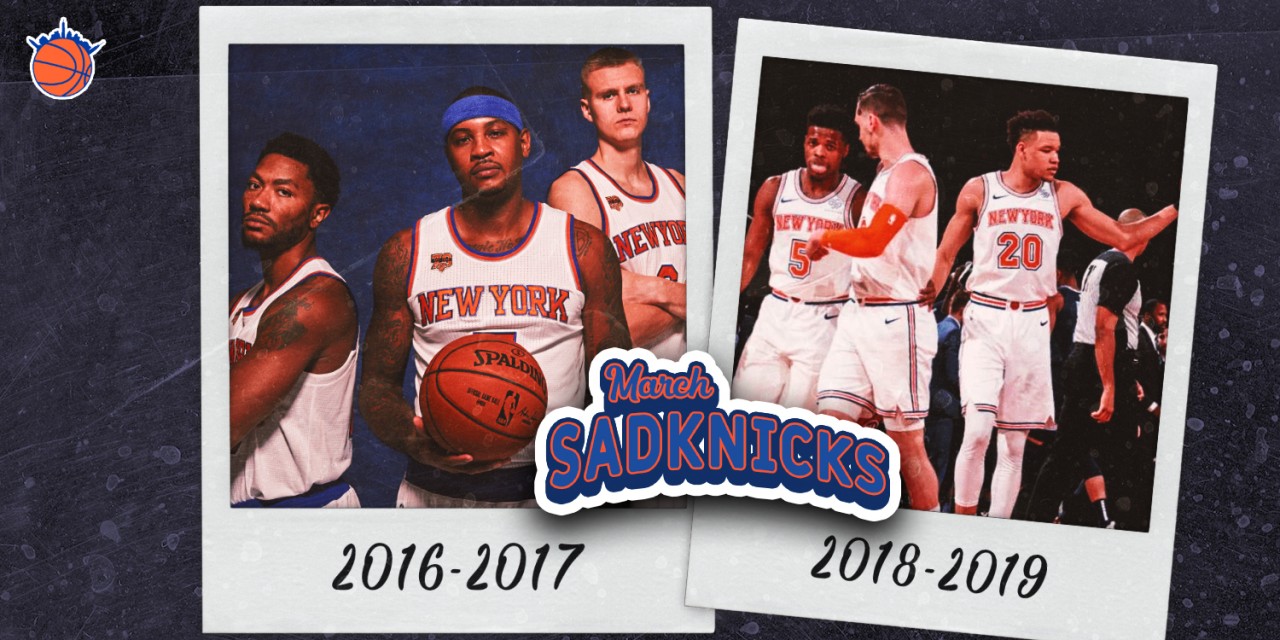 The championship round of March SadKnicks is set to be a clash of a New York team with only role players against an overpaid an underachieving roster.

Well, sports fans, it’s been a long, hard-fought week but we’ve finally reached the main event: the championship game. This tournament, March SadKnicks, has had everything you could’ve possibly hoped for: upsets, reminders of past disgraces, and as always, a heavy dose of James Dolan meddling.

Without further ado, let’s look at our would-be holders of the title “Worst Knicks Team Ever.” 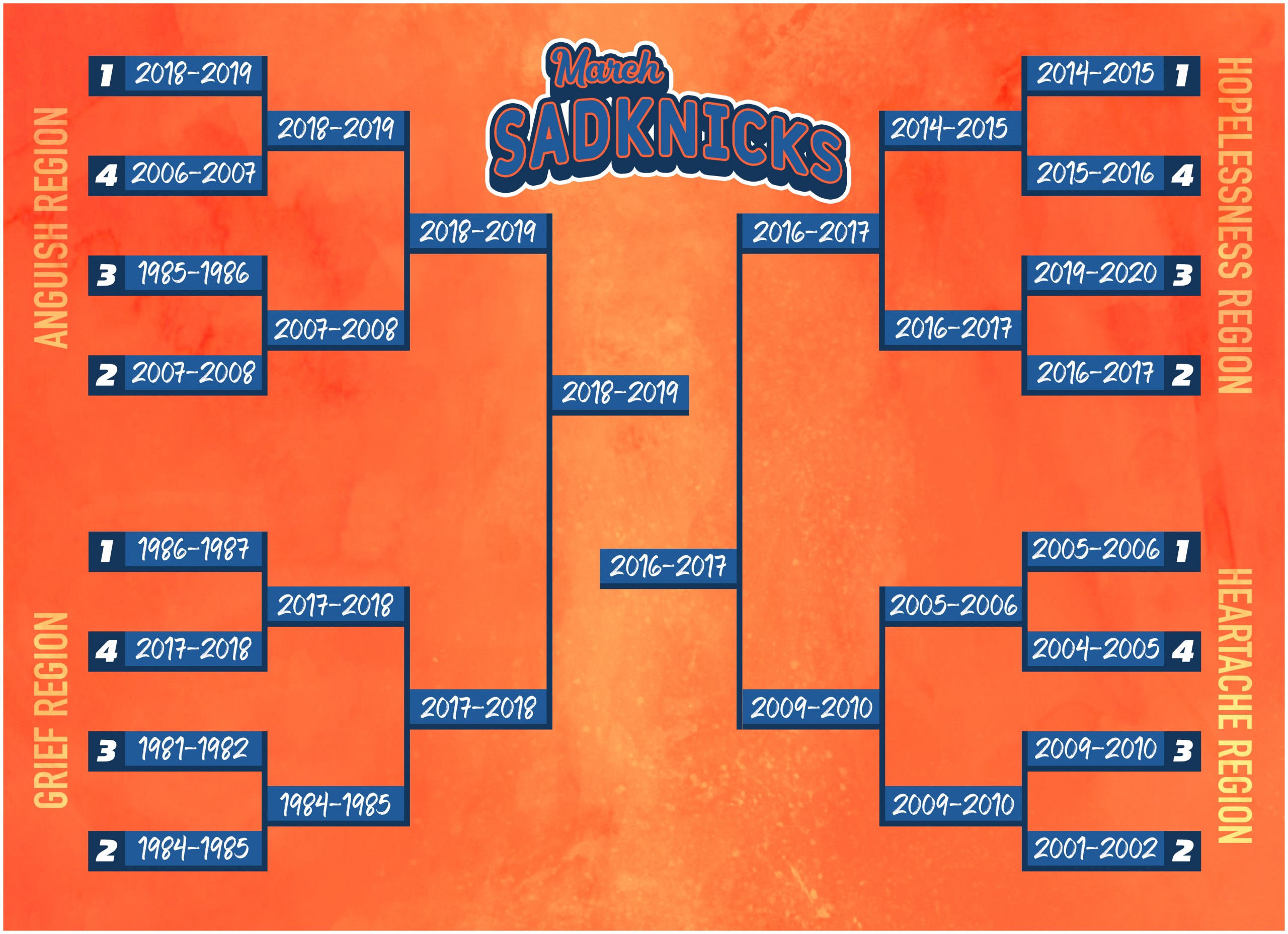 In the red corner, weighing in at an anemic 17 wins and 65 losses is the 2018–19 Knicks squad. This first seed pulled off the equivalent of a Fo Fo Fo, crushing their opponents by an average of 42%. Can they add the last Fo today, when it counts? Or like so many times before, will they wilt under the pressure and lose in a spectacular, pathetic fashion, like so:

Aaaaaand in the blue corner, finishing a paltry 31-51, paying a combined $36 million dollars for a year of Courtney Lee, Lance Thomas and Joakim Noah, is the 2016–17 team. While the second seed Knicks iteration might have a slight handicap in total losses, they make up for it with bad Jeff Hornacek coaching, star-president strife and a healthy dose of Derrick Rose just straight up bailing on a game.

Both teams have fought hard to get to where they are, but only one can be the worst. Vote now to make your voice heard!