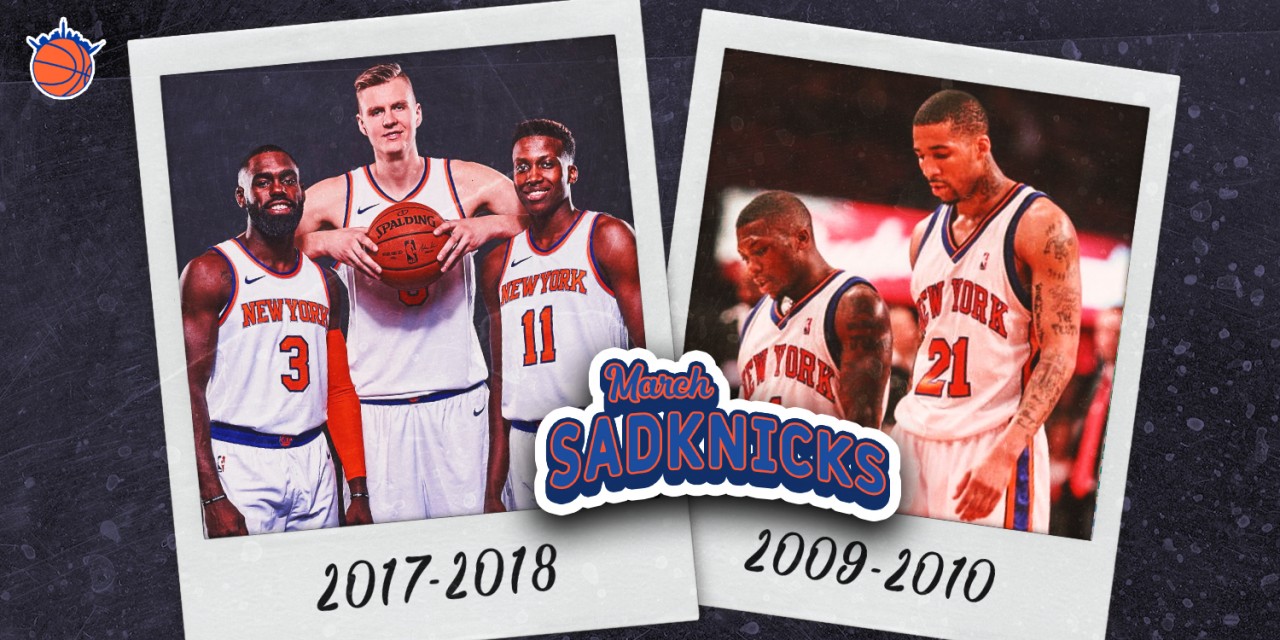 Rounding out the Final Four of March SadKnicks are four New York seasons fresh in our memories and a constant hapless promise of a rebuild.

Another day has come and gone, bringing us one step closer to crowning our champion. In a very clear sign of how painful recent Knicks fandom has been, three of our final teams are from within the last four years, as the turmoil of the Isiah Thomas days and the early Bernard King–Patrick Ewing years fade away under an onslaught of terrible role players and empty promises of “building the right way,” which somehow always seem to veer back towards “make stupid win-now moves” at the last second. 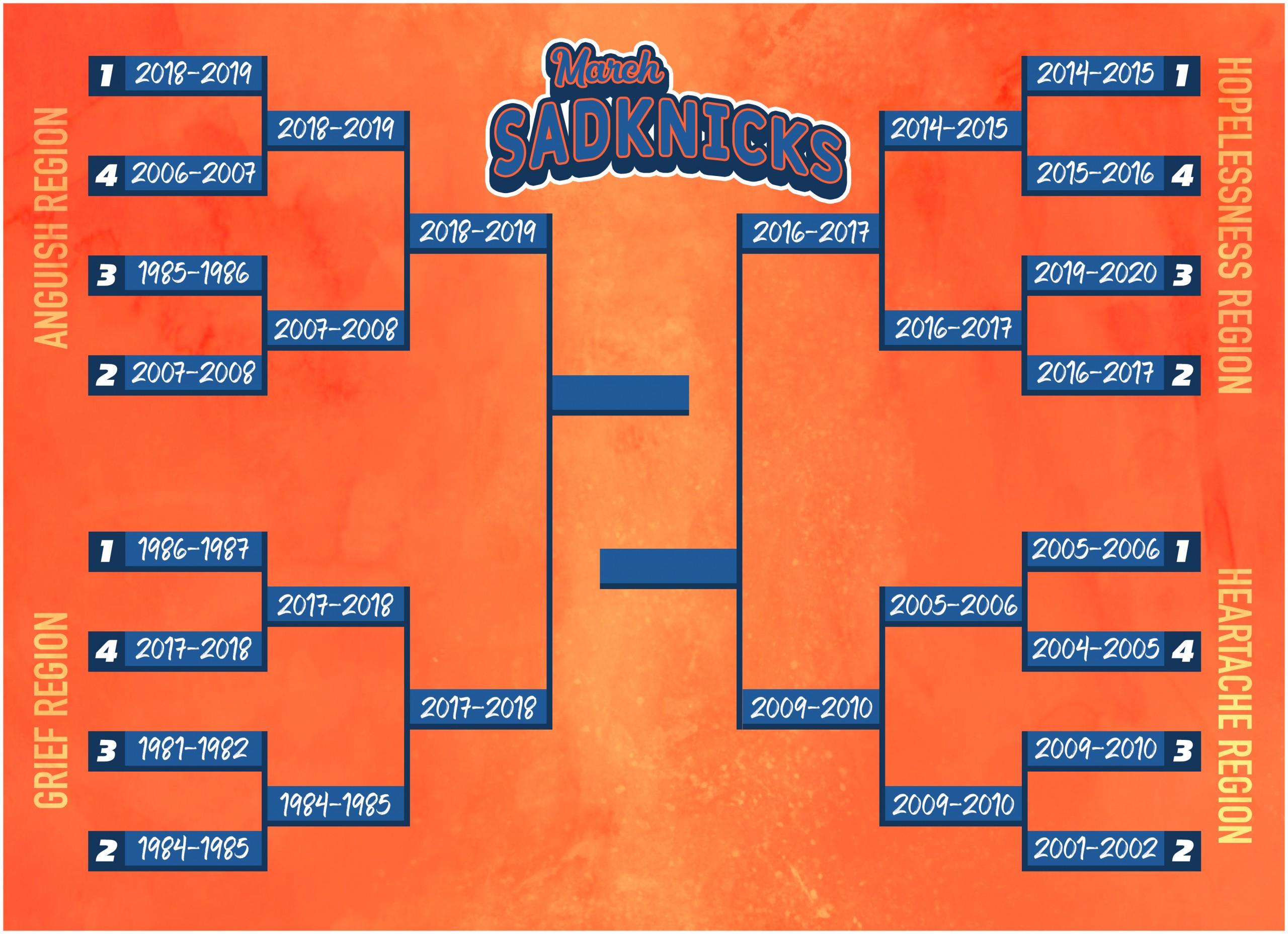 Representing the Anguish Region, we have the 2018–19 Knicks, the standard-bearer of hopelessness. Imagine how much more painful it would’ve felt to sit through that season knowing Kevin Durant and Kyrie Irving were going to spurn the Knicks for their inter-borough semi-rival, that Zion Williamson would never be yours, that Dennis Smith Jr. would forget how to play basketball over the summer, that it took a deus ex machina no one could’ve seen coming to prevent Kristaps Porzingis from balling out in the playoffs next to Luka Doncic. That’s what it’s like looking back on this atrocious season. Hell, they’re the first seed for a reason—or rather, for many reasons.

They’ll face off today against the upstart 2017–18 Knicks, as the winners of the Grief Region. They may be a four-seed, but don’t let that fool you, they’re every bit as formidable as their higher-ranked foe. With the 2017–18 Knicks, you get Porzingis’ ACL tear and trade plus Trey Burke possibly/probably costing the Knicks Doncic after losing his mind for the last 23 games of the season and playing the best ball of his career. Only on the Knicks do such runs exist only to torture the fans.

That brings us to the 2016–17 Knicks, winners of the Hopelessness Region, who fought off a valiant effort from the ’14–’15 team to ride the momentum of a commanding win (or less, depending on your perspective) into the Final Four. While it wasn’t Doncic or Trae Young, many fans still grieve over the Maurice Ndour game-winner that ended up tying the Knicks with the Timberwolves in the standings.

They lost the coin flip and ended up with Frank Ntilikina, while the Wolves drafted (and then traded) Lauri Markkanen. There were bright spots: Mindaugas Kuzminskas’ infectious smile, Willy Hernangómez’s Jahlil Okafor-lite offense, the Ron Baker experience, but even that is a pretty dramatic sign of how terrible the team was.

They face upstart third seed from the aughts representing the Heartache Region, the scrappy bunch led by Mike D’Antoni and populated with such random faces as Tracy McGrady, Darko Milicic, Eddie House, and Larry Hughes. If anyone is an underdog in this Final Four, it’s this squad. Though they’ve got the losses to back up their claim, they’re still just run-of-the-mill bad, and only a year from being an interesting young team led by Danilo Gallinari, Wilson Chandler, Raymond Felton, and Amar’e Stoudemire…which of course directly led to the brief flash of excitement brought by Carmelo Anthony.

But who knows? This late in the tournament, it’s any team’s game, and fortunes can turn on a single missed shot or botched trade. Who will get their one shining moment this week?

Look out for today’s batch of polls on The Knicks Wall’s Twitter to decide who moves on to the “championship.” 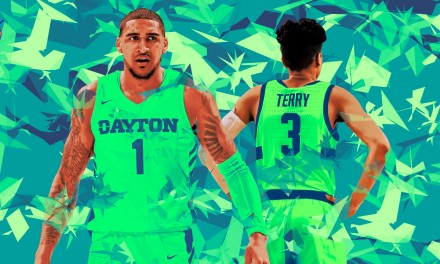 Could Jalen Smith Be in Play for the Knicks With Their Late Picks?

What’s Next for the Mitchell Robinson, RJ Barrett Duo?