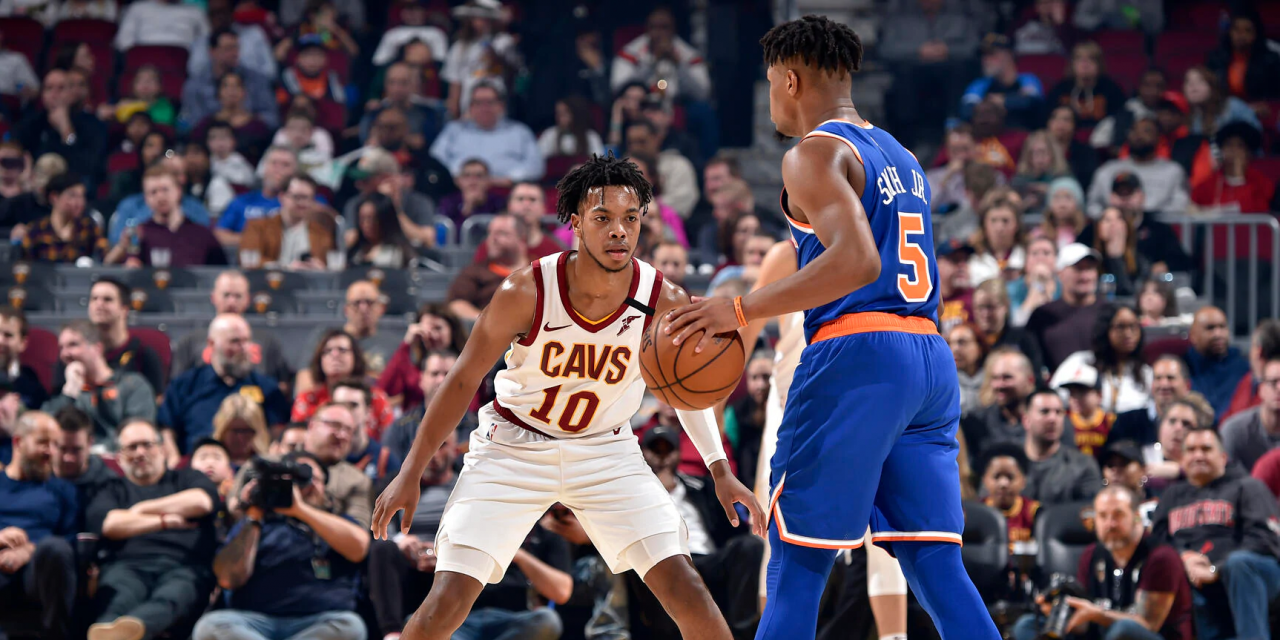 A triple-double from Elfrid Payton and clutch shooting from Marcus Morris fueled a Knicks comeback and overtime victory versus the Cavs in Cleveland.

The New York Knicks (15-36) picked up their second straight road win, defeating the Cleveland Cavaliers (13-38) 139-134. Despite being down as much as 10 points in the fourth quarter, New York fought back and stole the victory in overtime.

The first quarter set the tone for the rest of the game: lots of offense and almost no defense. Cleveland led 37-33 after the first frame, with both teams converted on 10 of their first 15 field goals.

New York gave up just 11 first-quarter points in their last game but allowed Cleveland to pass that mark in fewer than three minutes. The many-rumored veteran power forward Kevin Love scored 17 points on 6-of-9 shooting and Collin Sexton recorded 10 on 4-for-5 shooting.

The Knicks’ bench unit provided strong minutes in the second quarter. New York allowed just six bench points in the quarter and took their first lead of the game midway through the second period. The lead changed hands a couple more times and New York led 63-62 after the first half.

The kids take the lead pic.twitter.com/KDz5mrgOvd

Each team came out with guns blazing to start the second half, scoring 22 points apiece in under seven minutes. The score entering the fourth quarter was 100-95 in favor of Cleveland.

A three-pointer from Dennis Smith Jr. tied it up with 7:49 left in the game, but a Love three-pointer swung the lead back to Cleveland’s side and sparked a 10-0 Cavaliers run. The Knicks chipped away at Cleveland’s 118-108 advantage thanks to seven points in a little over one minute from Marcus Morris.

With just under four minutes left, New York faced a three-point deficit. A three-pointer from Marcus Morris (who else?) with 2:16 remaining tied the game at 120 apiece. The Knicks took the lead on their next possession off a Julius Randle dunk.

Knicks take a lead after being down 10 just a couple of minutes ago pic.twitter.com/uA0mpMlR7J

With the game knotted at 127 each, Morris missed a shot with 13 seconds remaining. Frank Ntilikina swooped in for the offensive board, giving New York one more chance. Out of a timeout, Morris got another shot at the win but missed again.

The Knicks couldn’t get any offense going during overtime, but neither could the Cavaliers; Cleveland quickly took hold of the lead and held a one-point advantage with 1:19 remaining.

Morris led New York in scoring with 26 points on 8-of-15 shooting. Julius Randle recorded 20 points and eight rebounds on 9-for-16 shooting.

Kevin Love had his way with New York’s defense, scoring from all over the court and shooting 12-of-20 from the field and 4-for-9 from beyond the arc. He put up a season-high 33 points along with 13 rebounds and six assists.

Collin Sexton, who set his career-high when Cleveland demolished New York in November, also thrived, recording 29 points and seven assists on 11-of-22 shooting. The sophomore guard’s quickness was too much for New York’s perimeter defenders, blowing by them time after time.

Frank Ntilikina (groin) and Elfrid Payton (suspension) were back in action after missing the last game.

Eflrid Payton recorded a triple-double, the 17th of his career and the first for New York this season, with 17 points, 15 assists, and 11 rebounds. Payton also notched season-highs in points and assists in the process.

Frank Ntilikina recorded nine points and seven rebounds on 4-of-7 shooting. He was a team-high in plus/minus with +13 in 23 minutes.

In an unusual rotation move by Mike Miller, he played multiple point guards at a time. Ntilikina had stretches playing alongside both Payton and Smith.

Smith and Ntilikina provided an impactful shift together in the second quarter, as New York achieved its first lead of the game. Smith, in particular, had a strong second quarter. He stripped Cleveland’s ball handlers to get easy fast-break buckets multiple times. He recorded seven points and three steals in the period.

Dennis does a good! pic.twitter.com/1y2eHXES3D

Ntilikina and Payton closed out the fourth quarter and overtime. Ntilikina buried a go-ahead three-pointer with 1:33 left in regulation and Payton recorded three rebounds in the five minute overtime period.

The bench unit provided a big spark tonight. The offense from the starters looked bleak at times during the first half, leaving the bench unit to get the Knicks their first lead and keeping the game within New York’s grasp. Multiple players provided efficient (albeit small) scoring nights.

As previously mentioned, Dennis Smith had himself a strong game, finishing with 15 points on 6-of-11 shooting, six assists, and four steals (which tied his career high).

Knox up to 12 points tonight pic.twitter.com/HUnHT5D2qx

The Knicks return the Garden Thursday night against the Orlando Magic.