Marcus Morris Is an Asset for the Knicks, in More Ways Than One 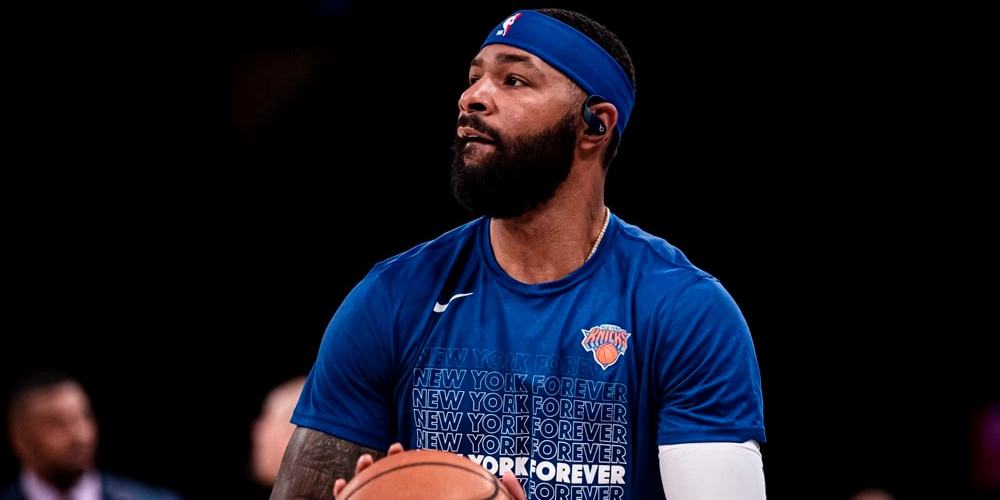 Amid another chaotic Knicks season, Marcus Morris has emerged as one of the most valuable players on New York’s roster and on their asset sheet.

There isn’t much to smile about these days if you’re a New York Knicks fan. The team is 4-17, David Fizdale’s firing feels imminent, and the front office is due for a much-needed rotation—just two years after allowing Phil Jackson to leave and bringing in Scott Perry to assume the general manager role. In short, it’s a mess.

The biggest part of the mess is the 2019 offseason haul. Julius Randle has struggled to assume a larger role as New York’s lead guy, Wayne Ellington has forgotten how to shoot, Bobby Portis’ defense prevents him from being a positive asset, and Taj Gibson, while solid on defense, has shown cracks and aging after 12 NBA seasons.

Elfrid Payton and Reggie Bullock have dealt with various injuries, with the latter yet to suit up for the orange and blue.

The only player who seems to be playing well is their last addition: Marcus Morris. In signing last, Morris felt like an odd fit, considering New York’s investment at the power forward spot earlier in the offseason. However, Morris moved back to the small forward position and continued his strong play.

So far this season, Morris has averaged 18.7 points, 6.2 rebounds, and 1.3 assists. While Mitchell Robinson has the best field goal percentage and Randle has the largest role among the Knicks, Morris has been the most effective offensive player thanks to his ability to create his own shot and space the floor.

This season, Morris is shooting a career-high 52.4% from three-point range. Whether he’s creating his own shot or being found for a catch-and-shoot attempt, Morris has been one of the most dangerous shooters in the early stages of the season.

What does it mean for the Knicks? Not much. It was a strong deal, getting Morris to spurn his commitment with San Antonio, but on a one-year deal he can only do so much for the next 61 games (if that) for New York.

To get off the losing streak—and save David Fizdale’s job—Morris should see a pinch more time at the power forward spot. Per Basketball-Reference, Morris has only seen 23% of his minutes at that spot. At this stage, that number should increase. As we move from the early stages of “everyone has to be in the rotation and everyone has to get minutes,” Fizdale should nail down some lineups.

One lineup idea: Frank Ntilikina, Damyean Dotson, R.J. Barrett, Morris, and Robinson. It puts three of New York’s four best defenders on the floor, saving Robinson from doing all the work. Morris fits this lineup as a floor-spacer and an offensive safety valve as teams pressure Ntilikina and Barrett while handling the ball.

Or, how about Dennis Smith Jr., Dotson, Kevin Knox, Morris, and Robinson? While the defense takes a hit with the departure of Ntilikina and Barrett, it gives two of New York’s young players a good lineup to work with. Smith would be able to run pick-and-roll with an elite roll man in Robinson, while also having shooters on the outside for him.

It also allows Knox to assume his role as a standstill shooter, without worrying about his defensive shortcomings. Robinson and Morris are both solid defenders who can man the post, while Dotson can handle and cover things out on the perimeter.

In the end, Morris’ best role for New York will be that of a trade asset, however.

All signs point to Morris becoming New York’s most valuable chip in the coming months. Gibson is an interesting trade asset because of his contract, while Julius Randle could be sold as an interesting buy-low for someone. Morris could help elevate a team with playoff aspirations, thanks to his ability to play up a position on offense and defense.

There’s skepticism regarding a first-round pick for Morris because of his status as a pending free agent, but New York should able to get an asset back for him, perhaps in the form of a young player who could be added to New York’s group of young talent. Portland would do wonders with Marcus Morris and have Nassir Little to add intrigue, while Phoenix and Mikal Bridges would be a dream acquisition for the Knicks.

Ultimately, New York’s best option could be taking back a contract with Morris to secure a first-round pick in return, due to Morris’ rather high salary. Minnesota could send Gorgui Dieng with a pick for Morris, in an effort to make a playoff push. Miami can do the same with James Johnson and a first-round pick as well.

With a rather open cap sheet for next season, New York can take back a salary and still have cap space to add an effective player or two next season. If that’s the price to secure a solid draft pick in a Morris trade, the front office should strongly consider it.

Either way, Morris has been a bright spot this season for the New York Knicks. After signing late in the free agency period, Morris has assumed a lead role, one that many thought Julius Randle would take. As the season continues to progress, the Knicks’ best hope is that Morris continues to play well while he turns into a valuable asset in the next few months.