For the Knicks, Marcus Morris’ Offense May Not Be Sustainable 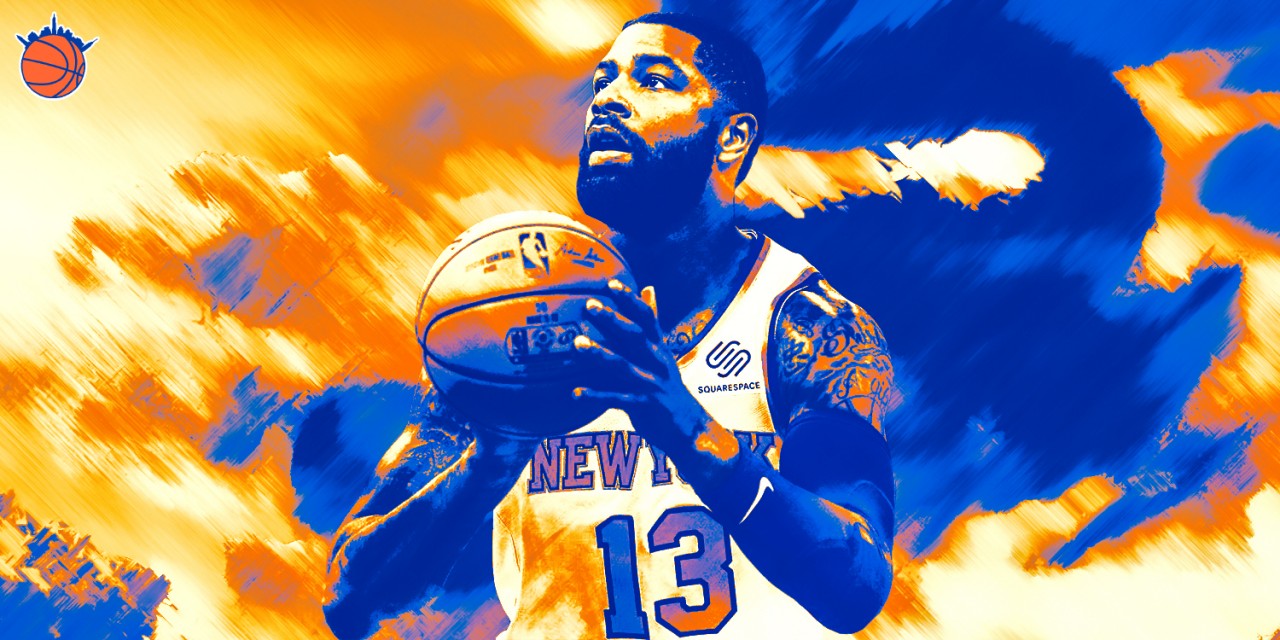 Marcus Morris is leading the Knicks in scoring, but there are other areas of his game that aren’t leaving a positive lasting impression on the dysfunctional, rebuilding team.

It’s an understatement to say that the Knicks are not off to the kind of start the team or fanbase was hoping for. After 11 games yielding a robust 2-9 record, the head coach and entire front office are reportedly sitting on rapidly warming seats, and there have only been five players on the roster who haven’t dramatically underperformed expectations: Taj Gibson (who never plays), R.J. Barrett, Frank Ntilikina (for whom there’s a pretty steep grading curve), Kevin Knox, and one of the last signings, Marcus Morris.

When Morris backed out of his two-year, $20 million deal with the Spurs to sign a one-year contract with the Knicks worth $15 million, it was clear that it wasn’t just the money that drew him but also the role. As a playoff-tested vet residing among the reclamations and development projects up and down the Knicks’ ill-fitting roster, he would have the ultimate green light, a chance to flex his primary-option muscles, and if that eventually yielded an asset from a playoff team looking to get over the hump—looking at you, Portland—so much the better.

So far, the idea of an “ultimate green light” has proven to be the case. Morris is putting up shots at a career-high rate, dishing out the lowest assist percentage since his rookie year nine years ago, and generally operating with a level of offensive freedom usually reserved for players far more esteemed.

And to his credit, he’s been decently effective to this point. Morris leads the team in scoring at 18.5 points per game, over four points per contest better than his previous career high. He has the Knicks’ fourth-highest three-point percentage (42.2%) on 5.8 attempts per night, the highest such mark on the team, and is 11th in the league in minutes played.

Marcus Morris with the stepback 3 over the Pony pic.twitter.com/Wo090zys9I

Despite the relative success Morris has enjoyed, Fizdale’s offense has been an absolute train wreck. The flaws in Fiz’s schemes have been widely and publicly panned, especially since the rise of the great Front Office vs. Head Coach debate of the last week, but few summed it up better than Forbes’ Tommy Beer, who posted the following thread a few days ago:

Knicks are also near the very bottom of the league in frequency (15.4%) and points scored (13.8 ppg) off pick-and-roll action.

Knicks are currently top-5 in post-up frequency, but one of only nine teams in the league scoring less than 0.8 points per post-up possession.

Fizdale has seemed unable or unwilling thus far to gameplan an offense more complicated than a “my turn, your turn” isolation rotation between Barrett, Morris, and Randle. While this strangled the offense like a boa squeezing the life out of its prey, it has allowed Morris and Barrett to “get theirs,” which at times seems like Fizdale’s primary concern (Randle’s lack of “getting his” is due to him being an abject disaster on both sides of the ball).

Marcus Morris showing off his Tear Dropper badge for the And 1 pic.twitter.com/WZUHoo2o7q

So what happens if Morris’ tough-shot making turns to tough-shot missing? According to NBA Stats, Morris currently has the 34th-most isolation possessions per game in the league, only 0.1 possessions fewer than Trae Young, Donovan Mitchell, and Kemba Walker. Among the players who have used as many or more possessions in isolation as him, his effective field goal percentage of 36.1% on such plays is only ahead of D’Angelo Russell (35.7%), Caris LeVert (27.5%), Jeremy Lamb (25%), Julius Randle (34.6%—yikes), and Spencer Dinwiddie (31.1%). Not exactly an inspiring list, and yet something ties together all the non-Knicks that appear: players forced into a bigger role than they’d otherwise have because of injuries to star players. That’s not the case for Randle and Morris—these are the guys the front office went out and got to be the first and second offensive options.

This is particularly concerning because when watching the games, Morris seems to be hitting a huge amount of difficult shots, whether step-backs off the dribble or contested fadeaways, and his three-point percentage is considerably higher than his career numbers—his previous high was 38.1% in the 2013–14 season, which suggests a regression is coming.

And if/when it does? Our brief history with David Fizdale suggests he’s not exactly proactive in addressing ineffective play unless it comes from Frank Ntilikina, Allonzo Trier, or Damyean Dotson. Will he keep rolling with his clunky, outdated offense? Will he be willing to move his most hot-headed, second-highest paid player to the bench in order to foster a more balanced offensive system (focused on the players who will actually be here next season)?

Last season, Morris got off to a blazing hot start, shooting well over 40% from three in 170 attempts over the first three months of the season. But even under a disciplined offensive coach like Brad Stevens, as the year progressed and his shooting fell off a cliff, his shot selection and frequency didn’t seem to change much. Despite talking a big talk of accountability and a “keep what you kill” mentality, Fizdale has shown no such inclination to actually hold his players, especially his more established players, to any sort of standard of play, and this could come back to hurt the team in several different ways.

The first way is how it impacts the prospects’ development. The reason you bring vets to a young team is so they can instill winning habits and show the youth what it takes to survive and thrive in the league. So far, the only guy who could possibly function in that role is Taj Gibson, who has been about as solid as you’d expect Taj Gibson to be when given minutes. Randle, Morris, Portis, and even Ellington have not exactly been sterling examples of playing the right way, or sacrificing personal accomplishments for the good of the team.

The second way is how it effects trade value. Last year, the front office tried to flip their reclamation projects at the deadline, but got no bites. Noah Vonleh, Mario Hezonja, and Emmanuel Mudiay weren’t drumming up much interest from playoff teams. This year, the team signed vets that playoff teams could convince themselves would give them a late-season bump in the right direction. There are the teams that consider themselves contenders but still need more juice from the forward spots like Portland, Houston, and Utah. There are the potential playoff teams trying to get over the hump like Dallas, Brooklyn, or Minnesota, who could use his scoring and defense. Morris is one of a number of Knicks veterans on team-friendly, short-term deals, and it will be imperative to the rebuild for Scott Perry and Steve Mills to get some assets out of these guys. But for that to happen, Fizdale will need to put them in positions to succeed, or at least to not look their absolute worst.

So, how is Marcus Morris doing on the Knicks? pic.twitter.com/kyZIrWWz0H

Unfortunately for everyone involved, we really have no data that suggests Fizdale has the ability to identify how to best utilize his players and then institute a system that works to that effect. Morris has a long enough track record that teams can know and feel comfortable with what he brings to the table in the event of a trade. If he’s going to keep playing at this current level of offensive leadership, it’s going to be in spite of Fizdale, not because of him.