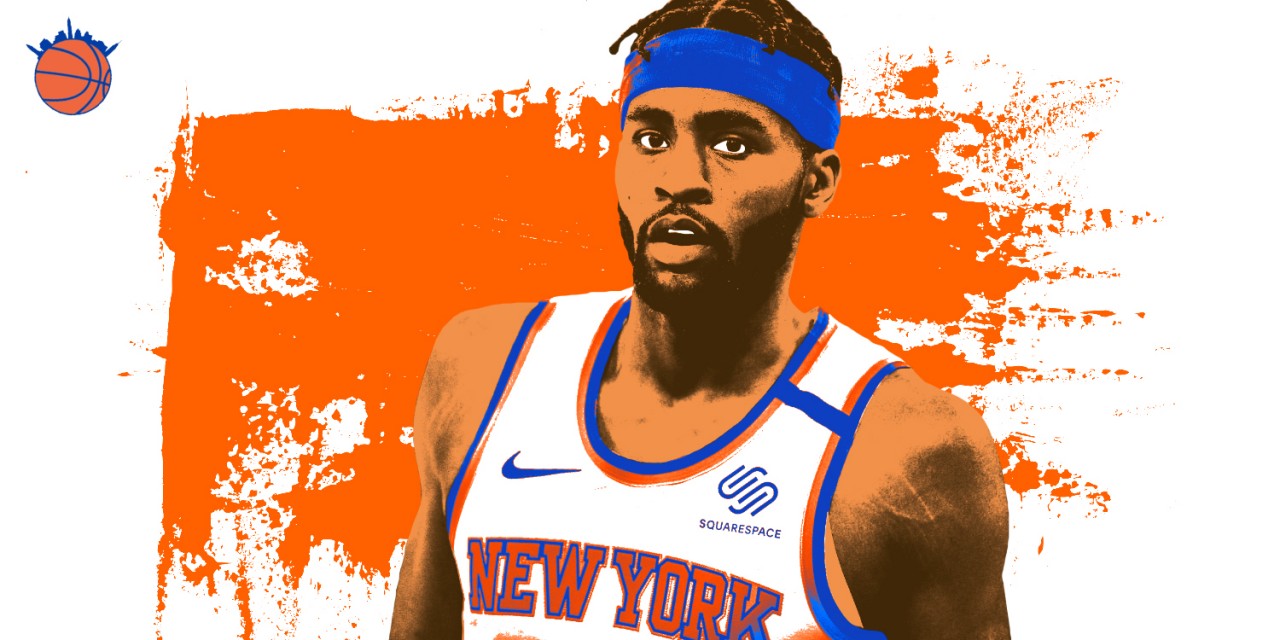 The Knicks have a bevy of complementary pieces on their team without true stars at the moment. Maurice Harkless is in the former camp.

One of the more interesting subplots heading into the offseason is how the New York Knicks already have several talented role players on the roster. Damyean Dotson, a pending restricted free agent, is a solid defensive wing. Taj Gibson provides versatility in the frontcourt, and Reggie Bullock offers elite shooting when healthy. The player that makes this an interesting quartet is recent addition Maurice Harkless.

Acquired as a salary piece in the Marcus Morris trade, Harkless was almost considered a buyout candidate before the March 1st deadline. Once both sides agreed to remain together, Harkless jumped into the starting lineup and has provided New York with solid production, averaging 6.8 points, 3.6 rebounds, and a 54 True Shooting percentage in his first nine games.

Offensively, Harkless isn’t much but a low-level shooter from three. His best seasons are somewhere between 35-40% from three on anywhere between 120 to 180 attempts. Between this season with the Clippers and Knicks, Harkless has shot 65 percent of his shot attempts within 0-3 feet, while shooting 35% from beyond the arc, per Basketball-Reference.

While he’ll never be an elite offensive player, that ability to take smart shots while offering strong defense makes Harkless a solid player in a smaller role. While the numbers are diluted due to a small sample, take a look at the two lineups Harkless has played with the most in New York:

Again, the sample is small. If we were to extrapolate it over, say, 200 minutes, the results could look different. That said, these two lineups include the whelming majority of non-shooters. What balances it out a bit is Harkless’s ability to shoot and creativity from both Elfrid Payton, Julius Randle, and R.J. Barrett. It works from a defensive standpoint, thanks to Harkless being able to defend and cover for Randle.

From a visual standpoint, Harkless is a solid piece in terms of where the game is going. Against the Houston Rockets, Harkless had a few possessions where he defended James Harden, Russell Westbrook, and even Robert Covington—three different players with three different skill sets on the offensive side of the ball—and held his own.

At 6-foot-9 with a seven-foot wingspan, Harkless has always been a solid defender in the league, capable of dealing with several forwards and slightly slower guards on the perimeter. Combine his defensive success with his solid shooting ability and you have a valuable player to come off the bench. Even as his shooting wanes, Harkless has found himself in the rotation during his time in Portland because of his defense.

The steal by Harkless leads to the Bobby Portis And 1 in transition off the sweet dime from Elfrid! pic.twitter.com/4R6Q5VYy1k

For the Knicks, Harkless is an ideal player for building out their roster. His defense and versatility allow him to play both forward spots and shift their defense when needed. He takes the pressure off of the likes of Julius Randle on defense, while not needing to absorb many possessions on offense.

And the Knicks are interested in Harkless returning, according to Shams Charania of The Athletic. With New York being one of the few teams with cap space this summer, Harkless and the Knicks could find common ground as the team looks to move forward in the Leon Rose era. At just 26 years old, Harkless would be a fine role player to get locked in for the next three to four seasons.

As the New York Knicks continue to figure out other details surrounding the franchise (the team’s next general manager, the Spike Lee situation, and who’s going to be the next head coach), one of the smaller wins is the now intriguing group of role players potentially on the roster for next season. It makes this offseason a bit easier having three to four solid players under contract for next season.

One player who should be retained is Maurice Harkless. Although the sample is small, the skill set is there to make him a contributor for whoever the head coach is next season. Never an elite shooter, Harkless is a solid shooter who has begun to take more threes. Combine that and a solid defensive arsenal and Harkless would be a wise investment for Leon Rose and the Knicks for years to come.