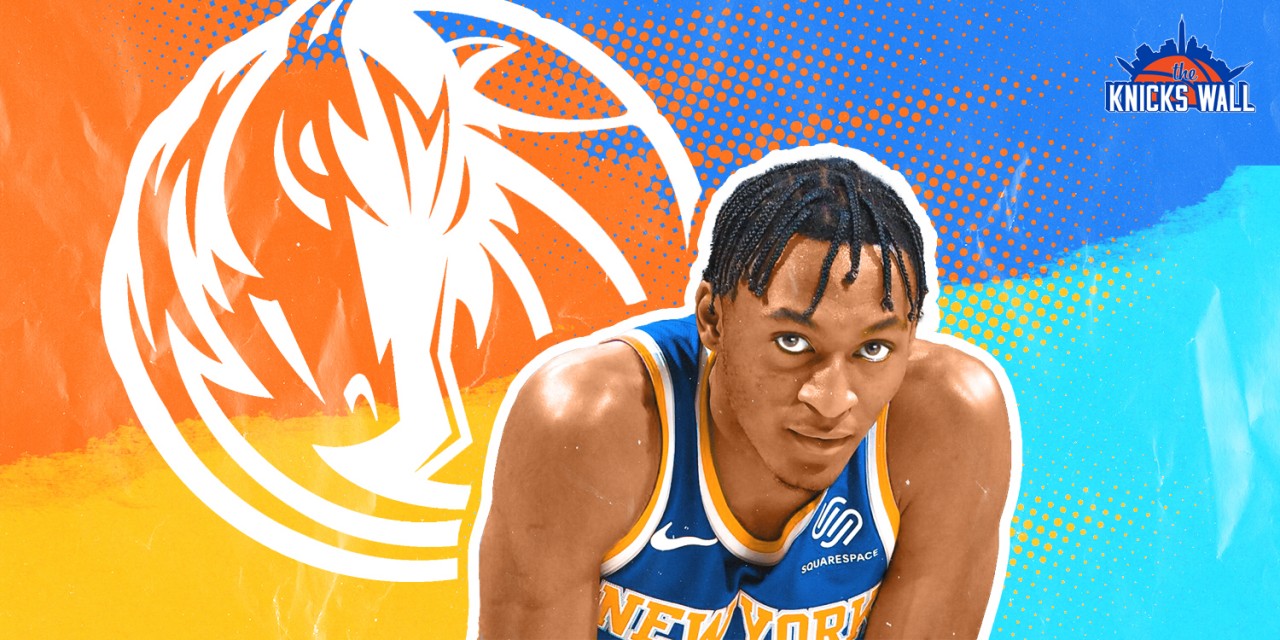 While the Mavericks will likely not fall in the lottery, even the 20s range will be helpful for the Knicks’ rebuild, even if it means drafting another Immanuel Quickley.

The New York Knicks and fans alike are waiting for the return of Immanuel Quickley. Quickley, the 25th overall pick, looked good in the final two preseason games, before scoring five points in his first career game as a professional. An injury has taken him off the floor since then, but Quickley looks like someone who can be a long-term piece for New York.

And over the next few years, the Knicks will have more chances to add similar talent.

That’s because the Knicks will have the first of their two draft picks from the Kristaps Porzingis trade coming in, starting this year with their 2021 first-round pick. Given the fact that the Mavericks still have a talented roster, even with Porzingis currently on the mend, the expectation should be for this pick to fall within the 19-25 range.

For New York, the asset remains critical, as using them and hitting on a player, like Quickley, gives you a cheap asset moving forward. Look at it this way: even if Quickley doesn’t reach “point guard of the future” status, he’s an effective player who’ll be under contract for the next four seasons for less than $6 million, and then have the ability to extend him for another 4-5 years without much competition.

Even with New York in the stages of a “rebuild,” the Knicks’ roster is quietly moving from cheap to expensive. Mitchell Robinson is eligible for an extension this offseason, while R.J. Barrett’s extension is only two seasons away. Combine that with Tom Thibodeau’s desire for New York to get a star as soon as possible, and those cheap assets could come in handy as New York attempts to build their roster around a star.

Both deals included players (Shai Gilgeous-Alexander and Danilo Gallinari for Oklahoma City, Eric Bledsoe, and George Hill for Milwaukee), but the draft picks were key in getting the deal done.

Or, the Knicks could look to use them to add restricted free agents before they hit the market. Look at Malik Beasley trade by Minnesota. The Timberwolves used a first-round pick acquired in moving Robert Covington to add the swingman from Denver. In that, the Wolves got a half-season to see Beasley’s skillset and then re-signed him to a four-year deal worth $60 million.

The New York Knicks added Immanuel Quickley with a first-round pick acquired from the Los Angeles Clippers for Marcus Morris, who was a free agent at the end of the year. Both teams won—the Clippers re-signed Morris to a four-year, $64 million deal, while the Knicks acquired a cost-controlled talent who could help them without completely denting their cap space.

And moving forward, the Knicks will get more shots at landing players like Immanuel Quickley, thanks to the Kristaps Porzingis trade. The Knicks have plenty of needs, and talent is ultimately the biggest need on the roster. With two additional first-round picks coming within the next three years, the Knicks could look to add another Immanuel Quickley-type player to their roster.