Maybe Kevin Durant Is Onto Something 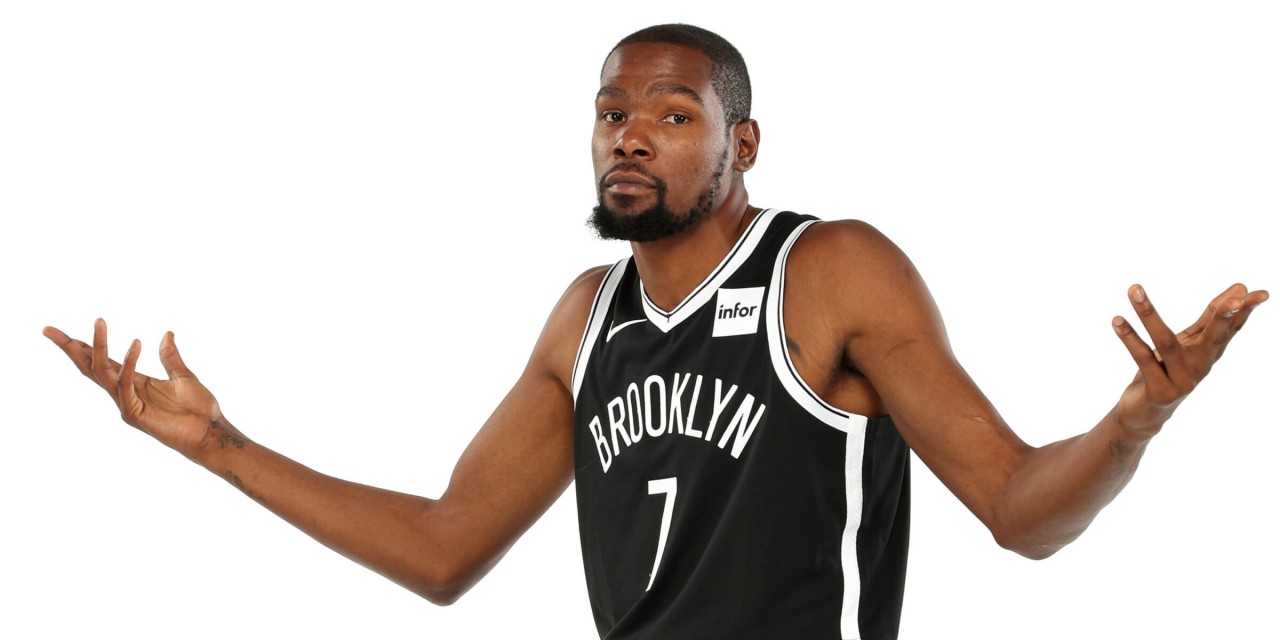 On Thursday, September 10th, 438 days after Kevin Durant signed with the Brooklyn Nets, we found ourselves talking about the two-time NBA Finals MVP and the New York Knicks again.

Appearing on J.J. Redick’s “The Old Man and the Three” podcast, Durant had this to say about his free agency decision.

Nothing about Durant’s decision was surprising in hindsight. All things considered, Durant seems to enjoy being one of the guys when he isn’t on the court, and New York is the perfect place to hide in plain sight. For instance, one time I casually walked by David Robinson in Midtown and no one batted an eye. But notoriety was not the true reason Durant chose Kyrie Irving and a (mildly) lower profile in Brooklyn—he didn’t want to be the messiah for a roster that had virtually zero appeal, hence him choosing to play with a grown man named Spencer.

The Knicks’ best sales pitch was the status of being the face of New York basketball, as if playing for the Knicks would have suddenly opened these doors Durant already opened in Golden State and Oklahoma City. That’s because the Knicks didn’t have anything tangible to pitch. To even have a chance at Durant they would have had to land a second star.

To borrow a phrase from Nassim Nicholas Taleb, don’t tell me what you think, tell me what you have in your portfolio. The Knicks’ portfolio was barren with a whole lot of “possible” players while the other teams in the mix had something to offer. The Nets and Clippers spent the last few seasons, you know, getting better and the payoff was a pair of star free agents for both.

If there is one lesson the Knicks, as an organization, desperately need to realize is before they begin to think about saving cap space for a star player and becoming overnight contenders, how about spending wisely on marginally good players. To borrow one more phrase, this time from the legend Clay Davis: crawl, walk, and then run.

If this sounds like common sense, I’ll remind you the Knicks never had interest in All-Stars Kemba Walker and Jimmy Butler, both are coincidentally playing in the Eastern Conference Finals. (Former) team president Steve Mills and general manager Scott Perry just felt if they couldn’t land the big prize they would go right down to Julius Randle.

Patience will never be a virtue in New York, and I am willing to wager the Leon Rose era will not be characterized as patient either. Tom Thibodeau may have been hired for his player development skills, but he also did not sign up to be the new Brett Brown. The Knicks will make a move of some sort over the next two or three years. One suggestion? Be open to anything.

Take on draft picks to eat a large contract, even if it could create a spacing nightmare. Don’t be afraid to take measured shots on players that may never be stars but good players on a good team. Pretty much, do anything to start to move the needle.

Durant’s words may taste like Everclear to Knicks fans, but his sentiments are not only logical but likely shared by other players. The Knicks aren’t cool. Being deemed the savior of the Knicks is not as cool as it sounds considering the amount of work it would require at the moment.

As if the results weren’t enough evidence, Kevin Durant has once again been the voice of reason. The Knicks need to stop relying on the allure of New York and shift their focus to winning some games.