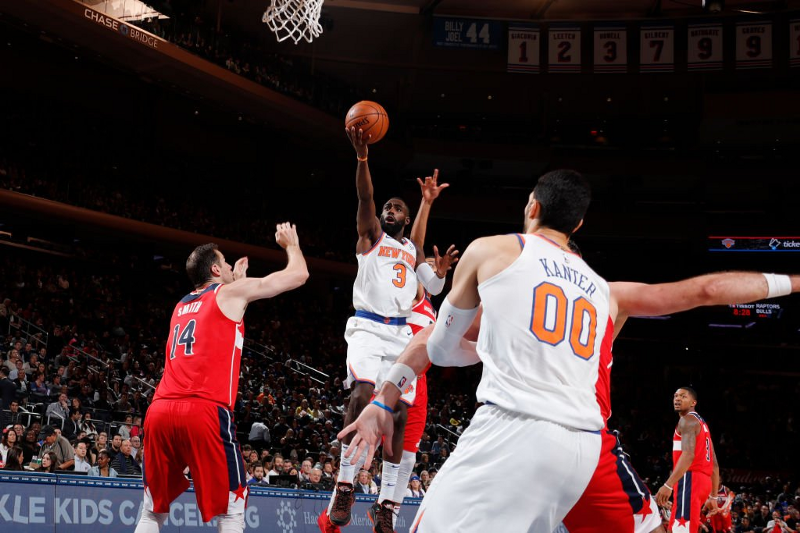 Porzingis and Ntilikina sat in the preseason finale against the Wiz, which featured playing time for young guys like Dougie and THJ.

On Friday night, most New Yorkers and sports fans, in general, had their attention on Game 1 of the ALCS. However, while the Yankees battled the Astros in Houston, a more intense game was going in Madison Square Garden: The 0–4 Knicks’ final preseason game.

In all seriousness, this game was relatively important for New York’s young squad. After going winless in their first four preseason games, winning their final exhibition could set the tone for the beginning of the regular season. Friday’s game provided an extra look at how the new Knicks are doing, and how Coach Hornacek would look to run the team come the regular season.

With that being said, here are a few notes on the final installment of the Knicks’ preseason against Washington:

Jeff Hornacek says if this was the regular season, both Frank Ntilikina and Kristaps Porzingis would probably play tonight.

While the Knicks were unable to get a win all preseason, we learned some valuable information about the additions to the roster and how the coaching staff will use their players now that Phil Jackson is out of the picture.

Next time the Knicks will be playing meaningful basketball, and until then, The Knicks Wall has you covered for all things New York basketball.