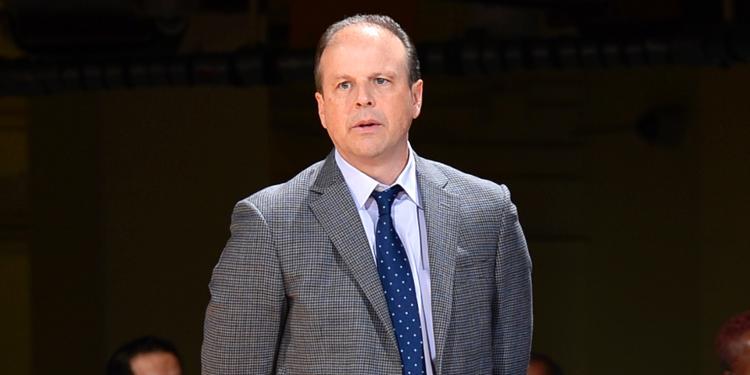 Mike Miller is the Knicks’ new interim head coach, and they’re back in action following David Fizdale’s dismissal with the Pacers in town.

David Fizdale may be gone, but the show rolls on. Fizdale’s dismissal does not negate the fact that the Knicks have lost eight games in a row. Saturday night they welcome the Indiana Pacers, who in a lot of ways are the polar opposite of the Knicks. Without Victor Oladipo the Pacers have managed to get by with a solid 14-8 record.

Life after Fizdale won’t feel so different right away. The Pacers are just one of the many good teams the Knicks have on their upcoming schedule. Thus far the Knicks have failed to protect the Garden, winning a whopping three games at home this season. What can change this troubling trend? Maybe newly instated interim head coach Mike Miller can offer an answer.

Miller won G League Coach of the Year with the DubKnicks in 2018 and will now get his audition to become the head coach of the main roster. What can we expect from Miller? What about the players, how will they react?

The early word on what type of system Miller will run sounds similar to what Fizdale already had in place: iso on offense and open three-pointers on defense. Hopefully Miller will at least make the requisite changes Fizdale refused to: playing the kids more, and prioritizing Mitchell Robinson over Julius Randle. Those are the signs that would be encouraging.

Miller is not a new face in the locker room since he was already an assistant and coached Damyean Dotson and Allonzo Trier in Westchester. Using that familiarity to his advantage, Miller could make some changes he wasn’t previously at liberty to make, and somehow get more out of a roster Scott Perry and Steve Mills deemed competitive.

No one expects Miller to be 2004 Lawrence Frank and flip the script on the whole season. But improving on the little things can go a long way in him securing the job full time.

It’s an unwritten rule in sports that immediately following a head coach getting canned the team magically performs better. Is it paranoia over job security or a relief that their coach is gone? Fizdale was beloved in the locker room, so improved performance would fall into the paranoia category.

Do guys like Randle and Marcus Morris check out, seeing the firing as the first of many steps to tear this thing down once again? Can the young guys rally around each other and give fans something to take away from another tank year?

Among the current roster no one has flopped quite like Randle. Fizdale tried to make him the focal point of the team, ignoring Randle’s inability to handle the load. With Fizdale gone, where does that leave Randle?

He is the only guy guaranteed to be here next season, contractually, so how does he alter his game? He has forced the action a lot, taking on three defenders with no tricks in his bag. He’s been ice cold from outside, and he’s played with blinders on once he gets the ball, missing wide open teammates.

If he wants his fate to be different from his now former coach, Randle has to change his approach just as much as the team must change their attack. He is a rim runner—not a point forward. Stop trying to create above the free throw line and get to the rim. Assuming Miller keeps him with Taj Gibson more than Robinson, don’t settle for jumpers. Roll hard to the rim after setting a pick, if there is nothing there, kick it out.