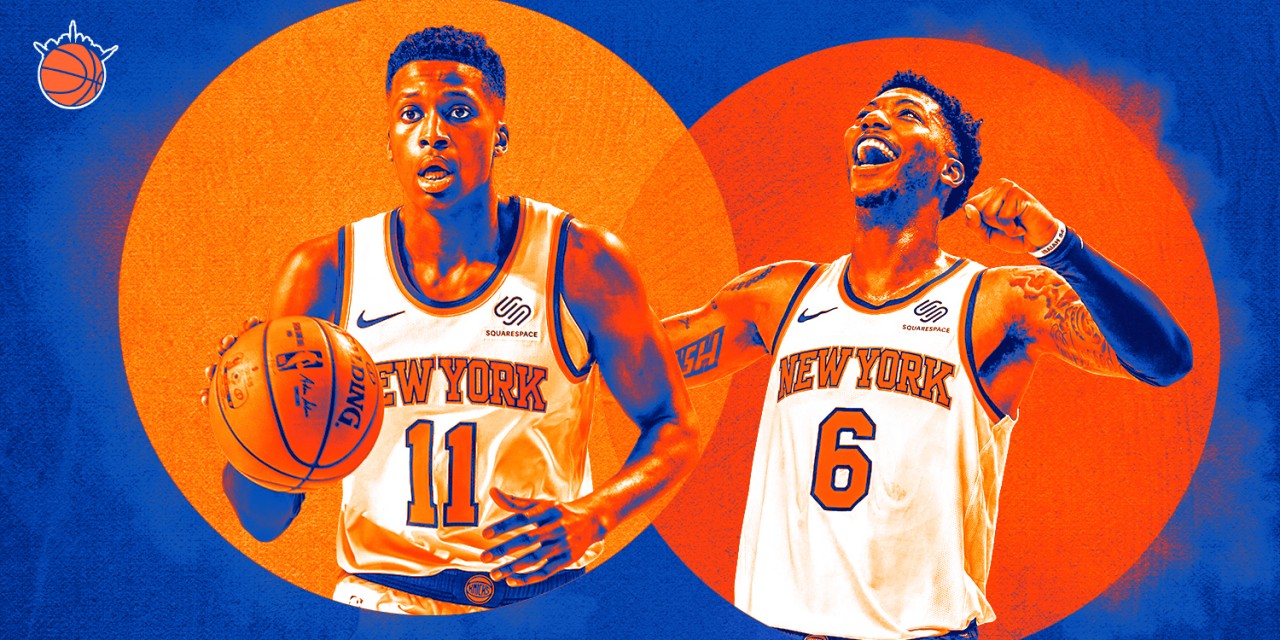 As head coach Mike Miller looks to salvage what is left of this season, it’s not as if Knicks fans are expecting the world. Some dream of a team built by Masai Ujiri starring Karl-Anthony Towns and Giannis Antetokounmpo, and let them. Reality comes for us all, but even the most deluded fan expects next to nothing of this team this year.

To that end, Miller’s 2020 resolution must be to put the team’s young players in the best situation to succeed. Either they need to be groomed so that they can be a part of an eventual winning Knicks roster, or they need to get their trade value up so that the team can get some value back from another organization better equipped to make the most of their services.

Since returning from a hamstring injury at the start of December, Orlando Magic alum Elfrid Payton—who signed a two-year deal with New York last offseason—has seized the majority of the minutes at point guard for the lowly Knicks. Prior to Payton’s recovery, floor general duties fell to Frank Ntilikina and Dennis Smith Jr., both of whom have had their own unique struggles since being drafted back to back in 2017.

Smith Jr. has played sporadically and ineffectively, and reportedly wants a trade. Ntillikina has shown stretches of offensive competency, but his value still derives nearly entirely from his defensive abilities. Neither of these players can be the lead ball-handler in an offense, which is why it’s strange that neither have played almost any minutes with Payton. Ntilikina and Smith Jr. have only been on the floor with Payton for five minutes each (per NBA Stats).

While the team’s glut of bigs means that Miller is often going to Damyean Dotson, R.J. Barrett and even Kevin Knox at the 2, it’s bizarre that there haven’t been more two point-guard lineups employed by either coach this year. The Knicks have no shortage of ball-dominant players to lighten the load for the young guards, both of whom would benefit from seeing how a veteran conducts an offense.

Just last week Miller referred to Payton as “a coach on the floor.” Adding that, “He’s helping all of the players on the floor. He’s finding ways to put them in good situations and he’s got a great command of the ball and of our offense.”

There are many more opportunities for Payton to impart some wisdom to the pair, but there’s no reason—besides poor roster construction—that they shouldn’t be able to find some minutes for them to share the floor.

Having Payton take on some offensive responsibilities—especially from Ntilikina—lets the young guard focus more energy on the defensive end, as well as spotting up off-ball—something he’ll have to improve on if he’s to be a part of some more productive offenses. Frank is hitting 33.8% of his threes this season, but is only taking 2.5 a game. Letting him spot up in the corner as Payton initiates the offense may be the best way to get Ntilikina to shoot more threes, which he’ll have to do if he wants to contribute offensively.

A few more threes go up, a few more threes go in, and suddenly defenders are closing out a little harder. Then Frank is able to drive past a few more of them, and he can take it himself or make a play for someone else. He doesn’t have to take over games, or run the offense every time down the floor, at this point, Knicks fans would be thrilled if Ntilikina could become a complementary role player.

In six of the Knicks’ seven lineups with the most minutes, Barrett is playing the 2. Miller, and Fizdale before him, have both shunned small-ball lineups because their surplus of recently signed bigs must all see the floor. Their lineups are in part a product of roster construction, but coaches always find ways to play pairings they like regardless of the hand they’re dealt.

Payton is shooting only 30% from three on fewer than two attempts a game. Playing two non-shooting point guards with a front court that can consist of any (or all) of Mitchell Robinson, Julius Randle, and Taj Gibson is something Miller may be loath to do. However, only seven teams shoot fewer threes than the Knicks already, and the additional playmaking could lead to more open shots regardless.

The future of this team depends on the sort of mentorship the Knicks’ young players receive. Elfrid Payton is not the point guard of the future. Neither are Ntilikina or Smith Jr. in all likelihood; however, getting the most out of them—as a player or as an asset—will require putting them in the best position as possible. So let Payton be their on-court training wheels.