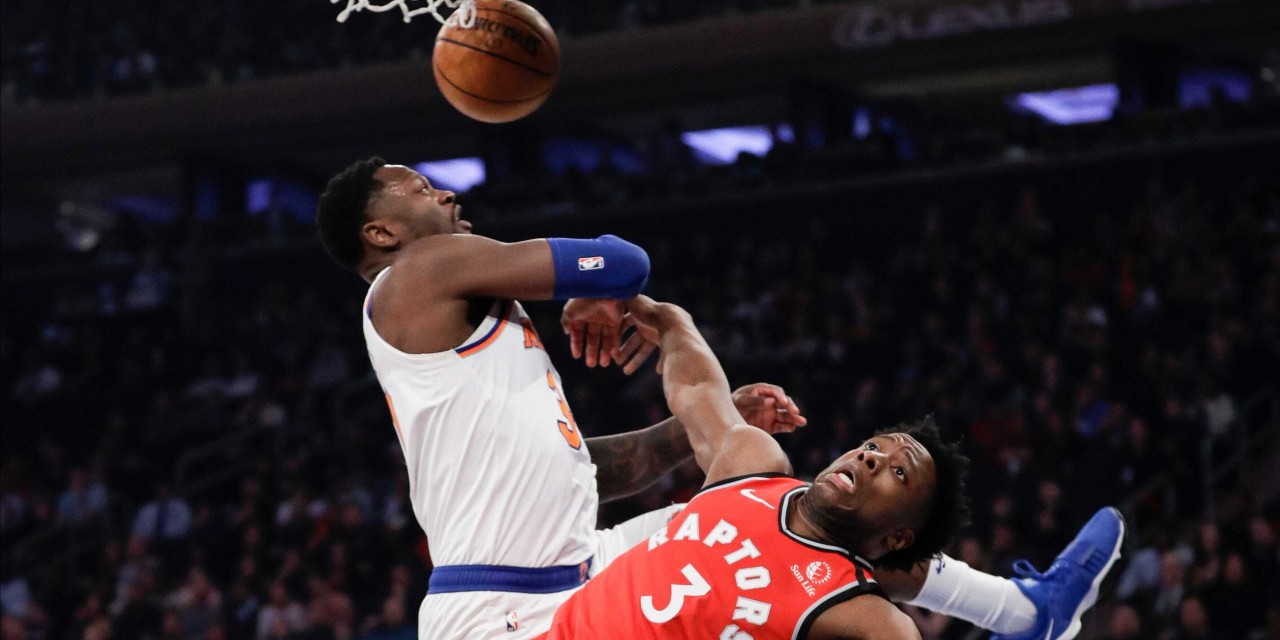 The Knicks, for a moment, had the Raptors against the ropes before slipping on Friday, but the right type of lineup may have emerged from the encouraging loss.

NEW YORK — For the second straight game the New York Knicks came oh-so-close to beating a quality opponent, this time it was the defending champion Toronto Raptors. The 118-112 loss dropped the Knicks to 12-34 on the season, but there was a sliver of positivity. The Knicks stayed on the court against a team that blew them off the floor the last time they played.

After the game, head coach Mike Miller highlighted his club’s effort and believed they are a play or two away from winning these games. “I think we’re playing a competitive level of basketball,” the interim coach remarked. “And when you play a competitive level of basketball, they come down to the final plays, and we’ve got to get better at making those plays.” That play was a crucial Pascal Siakam bucket off a pick-and-roll.

But what stuck out well before Siakam sealed the game was the Knicks’ unwillingness to get creative with their lineups. To hang with the Raptors, and most of the league’s elite, you have to be quick. Siakam is the modern day 4, but he is a wing in truth. The Knicks trot out Julius Randle at the 4, and keep him there, despite being classified as a big.

The Knicks are not going to fare well when they have a big chasing around a wing. Randle had a strong game—21 points, 11 rebounds, and three blocks—but his best moments were when he wasn’t matched on the newly crowned All-Star starter Siakam.

Seeing a rub screen to get Randle going downhill warms my heart pic.twitter.com/Hn7pgedzut

In the few plays Marc Gasol picked Randle up, he was either too late rotating over, or Randle had too much momentum. The brief success is part of a bigger picture that the Knicks have ignored all season: going small.

Points have been tough to come by the previous five games for New York. They are averaging 99.0 points per game, 29th in the league during that stretch. Their pace has been dreadful along with their shooting (both 29th in the league, per NBA Stats). However, the cure to their scoring woes is staring them right in the face: play Randle at the 5 when Robinson isn’t in.

Tonight Randle shared the floor with Taj Gibson, Mitchell Robinson or Bobby Portis at all times. He was the power forward in each of those three lineups, but the Portis pairing was the most productive. The reason for that is Portis is a stretch five who generates most of his shots outside of the paint—a big reason he and Robinson can coexist so well with the second unit.

Miller rode the Portis, Randle, and Marcus Morris frontcourt down the stretch and almost came up with a win. To change that close loss to a win, Miller should double down on that closing lineup with some minor tweaks.

If Robinson isn’t going to be in down the stretch, shift Morris up to the 4 and Randle at center; fill out the backcourt and wing with shooters. Elfrid Payton played well (13 points, 11 assists) and is good at many things, but scoring threat isn’t one of them.

Miller could instead opt to concoct a lineup of shooters. For example, R.J. Barrett could replace Payton as the lead guard with Reggie Bullock and Damyean Dotson spreading things out on the wing. (A big reason for their 28-20 lead after the first quarter was to their three-point shooting.)

Bullock is shaking off the rust, and looking closer to the sniper many expected. Dotson continued to shine as a weak side kick-out option, scoring 21 points off the bench, including 4-of-7 from three.

As much as it would be nice for the kids to play the crucial moments, it’s simply not in the cards right now. The team is steadfast in trying to win games with the guys they paid this summer. Kevin Knox played 11 minutes, Robinson 22 minutes, Frank Ntilikina 13 minutes, and Dennis Smith Jr. and Allonzo Trier received DNP’s.

What the team can do in the meantime is begin building a blueprint that they can step into. Robinson and Randle should interchangeable at the 5. Knox should spend some time at the 4. Dotson has to find minutes; he provides much needed shooting, and can play either wing position. Barrett, Ntilikina, and the others can fit in accordingly.

There are no moral victories in the pros, but for a 12-34 rebuilding team there are exceptions. The Knicks scored 112 points tonight, their highest total since they beat the Miami Heat, regarded as their best game of the season. Miller may have stumbled onto something on Friday night. Let’s just hope he noticed.

»READ: Why the Knick should trade Taj Gibson 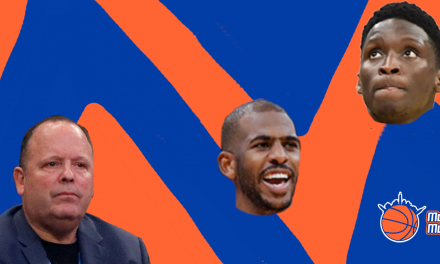 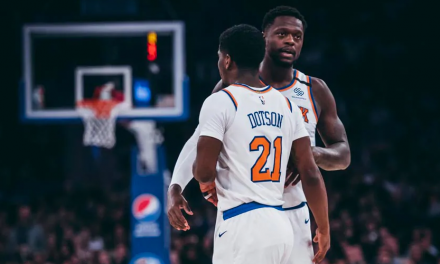 Why the Knicks Should Bring Back Damyean Dotson