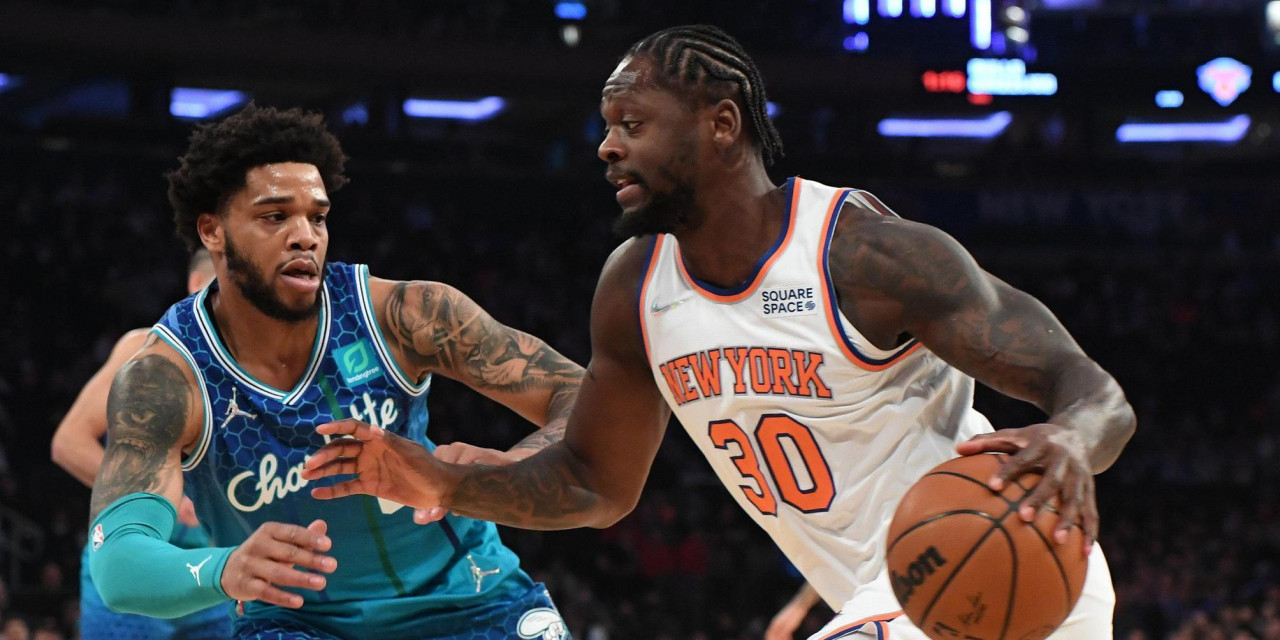 Most Improved Player candidate Miles Bridges scored a career-best against the Knicks, as the Hornets came away with the matinee win.

Hornets swingman Miles Bridges was the top performer for either side with 38 points, 12 rebounds, and five assists. Additionally, Terry Rozier chipped in 22 points and Gordon Hayward 16.

For the ‘Bockers, much of the team struggled offensively, with the one exception being RJ Barrett. He led the way for New York with 18 points on 7-for-18 shooting and has seemingly put his early-season hardships in the rearview mirror.

Miles Bridges is the real deal

Bridges, the 12th overall pick in the 2018 draft, is having a career year in his fourth season in the NBA. He’s a do-it-all contributor for the Hornets, as he entered this afternoon averaging 19.6 points to go along with 7.2 rebounds and 3.6 assists. Bridges deserves serious consideration for the Most Improved Player award, plain and simple. And he substantiated this claim through his excellent play against the Knicks.

Have a day, Miles Bridges!

Bridges was particularly torrid in the opening salvo when he put together one of the best stretches of any Knicks opponent this season. He played all 12 minutes of the period and ended with 22 points on 7-for-8 shooting overall and 3-for-4 from three. Bridges showed off a diverse offensive toolbelt as he finished strong at the rim, hit threes both off the catch and dribble, and even had some luck posting up some of the smaller Knicks. He was simply on another planet scoring-wise. Watching Bridges in this zone felt like déjà vu of opening night when Jaylen Brown torched the Knicks for 46 points.

Granted, Bridges fell back to earth a bit after his phenomenal start, but he still had 28 points at halftime (including more first-half field goals than the entire New York starting lineup) and 38 for the game. Color me impressed.

The ‘Bockers have been a middling free-throw shooting team all season long, both in terms of makes (15th), attempts (15th), and percentage (20th). These numbers aren’t surprising because not many players on the roster can consistently create their offense. But this afternoon, the ‘Bockers fared even worse than usual at capitalizing on their chances at free points.

Of the 21 free throws that the Knicks attempted, only 11 found the bottom of the net. Obi Toppin missed both his freebies, Barrett and Mitchell Robinson went 2-for-4, and even good free-throw shooters in Immanuel Quickley, Julius Randle, and Alec Burks clanked one apiece. This game was likely nothing more than an outlier, at least free-throw-percentage-wise. Still, it emphasizes that this team is sub-par at best in terms of getting to the line and making those shots and has a long way to go in such areas.