Mitchell Robinson Has All the Tools to Break Out This Season 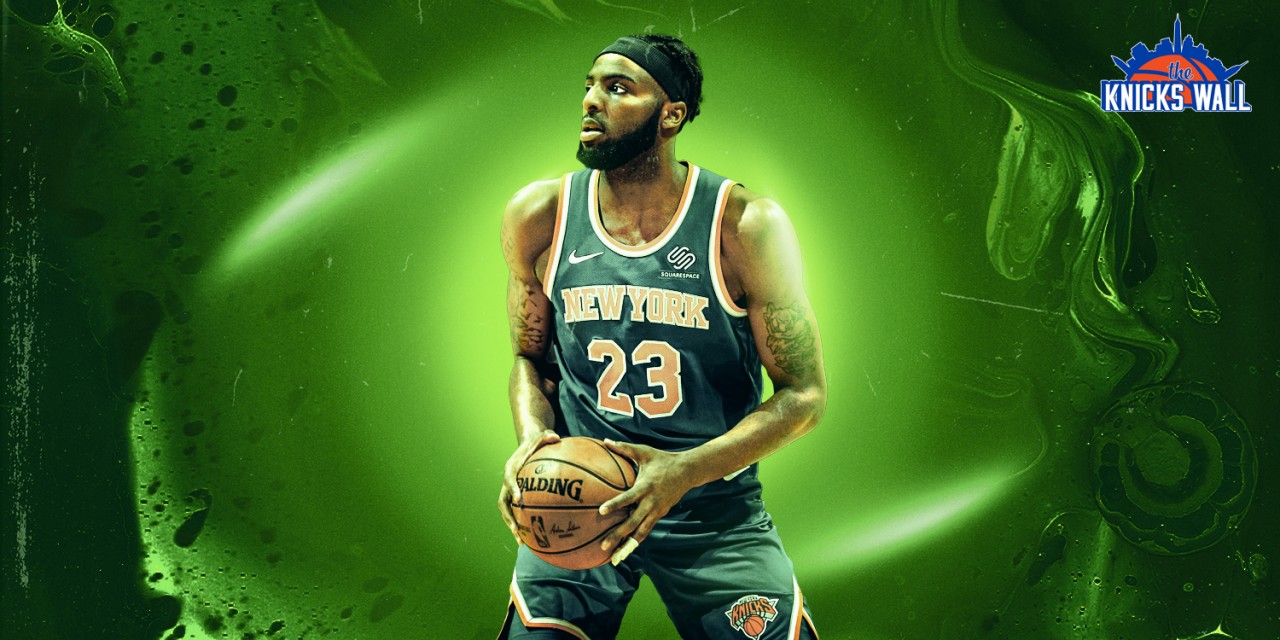 With a new contract extension on the line, this season is Mitchell Robinson’s chance to show he’s a starting-caliber NBA center for the Knicks.

For the New York Knicks, it’s time for some of the younger kids to put it all together. R.J. Barrett is expected to take a significant leap moving into his sophomore season, but the likes of Kevin Knox, Dennis Smith Jr., and Frank Ntilikina will need to have a strong 2020–21 campaign—or they could find themselves elsewhere at the end of the year.

But among the young guys on the roster, the one who could make the biggest impact is Mitchell Robinson.

After two seasons in New York, Robinson has shown flashes of starting center play. However, Robinson has struggled to take that leap from occasional flashes to constant play over the course of a regular season. With a new coaching staff and a renewed emphasis on development, Robinson is New York’s prime candidate to develop into a cornerstone at the center position.

Despite two lottery picks made by New York since his arrival, Robinson remains New York’s best prospect, serving as a rim-runner who can impact the game defensively while finishing at the basket at a high rate on the offensive end. Last season, Robinson set an NBA record with a 72.4% field goal percentage. While he doesn’t shoot the ball much at all outside of 10 feet, Robinson is an effective finisher at the rim, akin to former Knicks center Tyson Chandler.

Defensively, Robinson has all the tools to be an elite rim protector, while also being able to step out and pester guards on the perimeter from time to time. Not only did Robinson finish the 2020–21 season with 3.0 blocks per 36 minutes, but the advanced metrics (1.5 DBPM) liked Robinson’s performances as well. It was a slight dip in terms of ESPN’s defensive box plus-minus (Robinson finished as a slight negative at -0.06), but, in all, Robinson continued to remain an effective defender in year two.

And yet, there are areas of improvement for the rising third-year center.

With 4.9 fouls per 36 last season, Robinson has to figure out his trouble on the defensive end. He often gets caught in a bad position defensively, which leads to avoidable foul calls. Taking a step forward as a shot blocker would help. Robinson is a good shot-blocker at the rim, but it’s athleticism that allows him to get to shots on the perimeter. As talented as Robinson is as a shot blocker, he’s often chasing blocks, which leads to being caught out of position.

It’s paramount that Robinson becomes a better defensive rebounder with increased minutes. For someone to profile as a high-level, rim-running big man, posting a defensive rebound rate of about 22% or more is huge. Defensive boards not only end possessions, they also give Robinson another avenue to impact the game. Players like Clint Capela and Rudy Gobert have been solid contributors, thanks to eclipsing a rebound rate above 30%.

So where do the Knicks go from here with their third-year center? At 21 years old, Robinson clearly possesses the skill set of a starting center, but one who impacts the game more defensively, rather than offensively. On a team with very few building blocks, Robinson should receive a new contract next offseason.


The way Thibodeau uses Robinson this season could illuminate his potential. There are many ways to utilize Robinson in his third season, but placing him in a defensive system between the opponent and the rim as a last line of defense—a “drop” pick-and-roll system—would be for the best. In the past, Thibodeau utilized an “ice” system—defending the pick-and-roll, pushing opponents to the sideline, and keeping off-ball defenders in the paint.

If Thibodeau is to evolve, Robinson is an ideal candidate to assist. Among players who played at least 40 games and averaged at least 24 minutes a night, Robinson finished 12th in the league in defensive field goal percentage, per NBA.com. Considering the Knicks played him among several big men who struggled to defend, and his own foul troubles, Robinson already flashed rim-protector potential. Refinement in Robinson’s game would put him on another level, and further solidify him as a building block for the Knicks.

Mitchell Robinson and the 11 players ahead of him with a better defensive field goal percentage. (via: stats.nba.com)

Robinson’s shot-blocking ability is his elite skill. Can he harness this ability into becoming a quality intimidator on the defensive side of the ball? His ability to block shots on the perimeter and on corner threes highlights his defensive reaction time. However, it pulls him away from the basket, and if the shot misses, he’s out of position to end the opponent’s offensive possession.

He has worked with former Knicks Marcus Camby and Rasheed Wallace in the past. Now, new assistant coach Darren Erman could be the key to unlocking Robinson’s game. Erman has worked with Thibodeau in Boston, but also worked in shaping Golden State’s championship-level defense, and briefly with Anthony Davis in New Orleans. Erman could turn Robinson into an all-around elite defender.

Simple steps in his offensive game

All the emphasis should focus on defensive positioning and working smarter, not harder. However, getting Robinson to take an extra step forward on offense could be another feather in his cap. Can the Knicks get Robinson to expand his game to the three-point line?

There’s zero evidence for Robinson’s potential to become a good three-point shooter. As a free throw shooter, he has shot under 60% for his career, including 56.8% from the line last season. Since entering the NBA, Robinson has taken two total shots from 16 feet, including zero shot attempts from the three-point range. This is uncharted territory for Robinson, even with the constant practice videos.

But in a season with few expectations, getting him some corner threes would allow New York to acquire information. While the expectation for rookie Obi Toppin is to get around four threes a night, Robinson would be wise to get two threes a game; specifically, two looks from the corners every night. If Robinson can hit a decent amount for him, it’s a data point for improvement and offers New York another avenue for spacing. If he struggles, the Knicks can remove it from the table. It’s a modest attempt to find extra value in a down season.

With Thibodeau often using two big men throughout his career, the need for spacing will be there. The hope is that Barrett, Toppin, and Robinson could be the frontcourt of the future. That trio will need shooting from at least two of the three. Getting all three several looks from three this season would be instrumental to their success moving forward.

The New York Knicks are entering the first season in the Thibodeau era with an eye on making a splash on 2021 free agency. With that, the goal for the Knicks should be to install Thibodeau’s systems and figure out which of their young players are good enough to keep moving forward. In his introductory press conference, Thibodeau mentioned Barrett and Robinson, suggesting he favors those two.

In Robinson, the Knicks have a starting center prospect who has made great leaps within his first two seasons, but who still has far to go before locking down the position. The shot-blocking and defensive rebounding are quality, but could be improved to solidify his position as a starter. Offensively, Robinson could stand for more shots from three.

New York has 72 games before discussing Mitchell Robinson’s next contract, and with the right improvements, the Knicks could lock down their starting center for the foreseeable future.