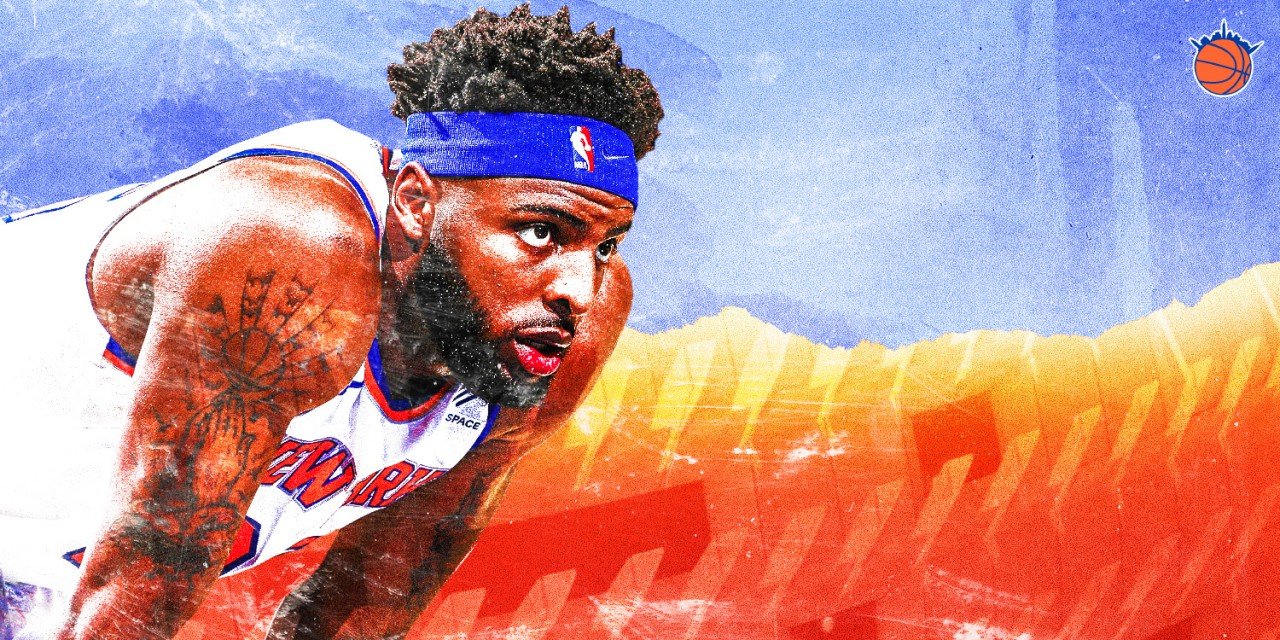 With a clear defensive big man guarding the paint and perimeter, it’s not a stretch to think Mitchell Robinson could cover up the mistakes of free agents should the Knicks prize offense this summer.

The Knicks’ front office hopes to score big at the free agent market this summer.

It has already done the vast majority of its prep work, tiptoeing the tampering line—as every team does—ensuring that it gauges exactly what it can get with its projected $73 million in cap space. It’s made glancing calls to potentially trade down from the no. 3 spot in the first round, where Duke star R.J. Barrett presumably awaits. The Knicks have done their due diligence.

And when 6:00 p.m. strikes on June 30th—the day the market opens—Steve Mills, Scott Perry, and co. will be the first ones there, metaphorically speaking, in line for the rarest, freshest catch of the day. Anything less than a Kevin Durant–sized haul will not be enough to feed the masses.

And yet Durant, no matter how towering a presence his gaunt frame may be, is but one part of the plan. Toronto’s wild push to the precipice of an NBA championship has cracked the door open for a Kawhi Leonard return to the Eastern Conference. The Sixers’ roster is in flux, but Philly still has a 25-year-old Joel Embiid anchoring its future. Giannis Antetkounmpo isn’t going anywhere for at least another year for Milwaukee. Durant alone isn’t enough to accomplish everything the Knicks have waited decades for.

The Knicks will need other pieces, and how those pieces fit together is more important than one might think.

The two teams left right now exemplify just how situational role players are. Quinn Cook would be buried on the bench on a guard-heavy team like Boston but gets legitimate burn in the NBA Finals. You could say the same for Fred VanVleet.

After a comically experimental season of “basketball,” New York has the vaguest anatomy of how it wants to build: which guys can serve as the bones of a skeleton strong enough to withstand the basketball crucible that is the NBA playoffs, a season unto itself now. Mitchell Robinson, a 21-year-old defensive wunderkind the Knicks scooped up in the second round of last year’s draft, is a huge piece of that framework.

His stats don’t do him justice (although his per 36 minute projections are mind-boggling), so I’ll spare you the numbers regurgitation. Robinson is already a better rim protector than Kristaps Porzingis. With lightning-fast hands and a far-reaching wingspan, he’s a disruptor in passing lanes and a monstrous fast-break threat in the ensuing aftermath. On more than one occasion, he has blocked the bejesus out of more than one catch-and-shoot three-pointer.

The Knicks hope Robinson can become some ungodly mix of Anthony Davis and Dwight Howard on defense. He just might be talented and athletic enough to make good on that dream.

Kudos to the Knicks for taking a chance on him when the rest of the league passed up the opportunity. Even if Robinson doesn’t improve much else other than his free throw shooting and discipline on defense, he’s already good enough that he’s made New York’s free agent wishlist more flexible than it was a year ago.

Why? Because Robinson can cover a lot of defensive mistakes, allowing the Knicks’ front office to go after more offensive-minded players. If the Knicks can land Durant, one of the absolute best two-way hoopers in the league depending on how you feel about Kawhi, they’d be able to play just about every lineup—small, big, whatever you can imagine—without risking rim deterrence or rotational fluidity.

Here’s a list I compiled of upcoming free agents who fit that bill—players I don’t think fit with the Knicks if not for the emergence of Robinson:

Having a safety net on defense like Robinson unlocks all of that by virtue of this summer’s free agency period. Sure, the Knicks would likely have made calls to most of these guys to see just how much value they can squeeze out of that $73-million cushion, but Robinson changes the equation. Without him, committing a big part of the cap to defensive sieves like Randle and Ross is nonsensical. With him manning the middle, there is balance.

Let’s restate the obvious: none of this matters a lick if the Knicks cannot reel in Durant. Kyrie Irving is not elevating this team to contention. Kawhi has no reason to come to New York. Jimmy Butler, Kemba Walker, and Klay Thompson are all fantastic but secondary stars.

The Knicks value luring Durant in more than anyone else and would trade Robinson without batting an eye if it meant they could nudge Durant from “leaning towards” New York to “arriving at LaGuardia.” Robinson is, after all, their most enticing asset to trade for another star KD might want to play with more than the young core the Knicks have in place now.

But it would be wise to keep Robinson, even if it means skimping on someone like Anthony Davis. The main reason to bring in Davis is to craft a team that fits the championship window of Durant, 30, and Robinson is only 21—while Davis is a bona fide monster and still only 26 years old.

Robinson could be ready for a big moment sooner than we think, though, and at the price he comes at versus the cost of securing someone like Davis—trading everyone, essentially—there’s at least a discussion to be had here about diminishing returns. Robinson isn’t in Davis’ stratosphere, but he offers so much on defense and allows New York to build its roster without gutting it in the process.

20 days. Just 20 days until the most important summer in Knicks history comes online. Winning big means the possible deliverance of a title to the biggest, hungriest market in pro basketball. Whiffing would mean heartbreak more crushing than even Knicks fans, a truly miserable bunch, are accustomed to. The stakes here are unprecedented, which means that everything and everyone is on the table.

We’ll see if Robinson’s defensive prowess can weather the trade discussion torrent, too.

»READ: Despite Nets’ salary-clearing move, not all is lost for the Knicks in free agency