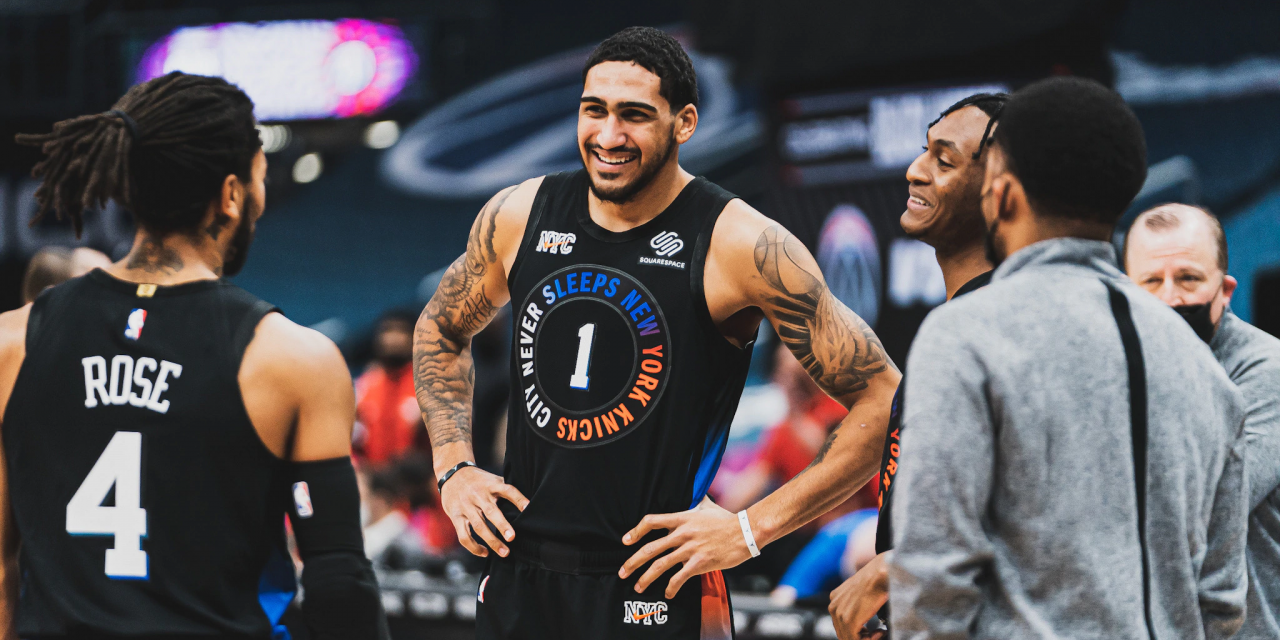 The Knicks lost their defensive backbone Mitchell Robinson to injury, but on the offensive side, there is room to grow Obi Toppin with this opportunity.

Mitchell Robinson will not be playing basketball for the immediate future. Maybe the universe felt the New York Knicks were having a little too much fun. Whatever the case was, Robinson fractured his right hand Friday night against the Washington Wizards. To add insult to injury, Robinson was on pace for a career game, logging a double-double (10 points, 14 rebounds) in the first half.

Now the Knicks find themselves without their second most important player. Robinson is the unquestioned anchor of the second-best defense in the NBA. It has been the defense that has allowed the Knicks to exceed expectations. The good news is Nerlens Noel is more talented than most backups in the leagues and could slide into the starting role without too much of a drop-off.

Noel has a similar frame with similar strengths, mainly serving as a shot-blocker on defense and lob threat on offense. He is not as productive as Robinson, however, he is good enough to work with. Who fills Noel’s role as backup is the larger concern. In all likelihood, Taj Gibson will see most, if not all, of the leftover center minutes. Check that, Gibson is definitely going to get all the leftover minutes. Tom Thibodeau is far too loyal to his guys and stubborn to switch up too much. That is why he won’t, but should, get a little creative with Obi Toppin.

In addition to extended time at the four, likely alongside Gibson, Thibodeau should think of loosening the leash on the player he felt confident enough in to at least agree on drafting eighth overall.

Playing Toppin major minutes requires Thibodeau to acknowledge a decline in defense, which has to feel sacrilegious to him. Still, Toppin becoming the beneficiary of extra minutes and not Gibson is the fruitful approach. The effort to do so is more important, Gibson will be there if he needs to be.

One place to start would be the fact that Toppin and Randle should share the floor more. Before the season, the thought of Randle and Toppin sharing the floor was nauseating, but that hinged more on the assumption it would mean Toppin was being played at the three. As a four-five combo, it presents an opportunity for the Knicks to break out of the muddy pace they have developed.

Derrick Rose’s insertion into the second unit has opened up a whole new world of possibilities. Toppin has looked different in particular, gelling with Rose instantly because Rose does something no other Knick guard other than Quickley seemed capable of doing, finding him in transition.

D Rose is clearly going to help us improve our pace and he finds Obi AGAIN after looking ahead 😍 pic.twitter.com/5Oa1qFU1lQ

The biggest problem has been playing time; Toppin is averaging a meager 11.9 minutes per game since his only double-digit scoring performance. In the spot showings, there are too many times that Toppin meanders the perimeter launching three-point attempts that briefly leave your monitor before finding iron. This recently renovated second unit has changed that and to build on this upward trending comfort level Thibodeau let him run.

Toppin has ways to go before Thibodeau will feel comfortable with his defense, but the offense is there. With Rose, Immanuel Quickley, and Alec Burks flanking him, the defense already has enough worries; add Randle and the defense has no easy out. Every player on the floor would be a threat to self-create or create for others, foreign territory for a franchise that has forgotten that scoring matters.

The taller ask, and something that has a zero-percent chance of happening, is trying Toppin at the five for brief runs. Elfrid Payton is more likely to get traded for a first-round pick than Toppin is to get minutes at center. But, for a minute, let’s pretend Thibodeau thought outside the box.

Trying Obi Toppin out at the five could lead to Kevin Knox regaining some minutes and confidence. Knox lost his spot in the rotation due to the combination of poor shooting performances and Toppin, Burks, and fellow exile Austin Rivers getting healthy. Early in the season, Knox was carving out a role for himself by hitting corner three-pointers like it was pop-a-shot. Knox at the power forward would only enrage Thibodeau’s defensive standard but open up the floor for others, chiefly Toppin who could run pick-and-rolls all day.

Additionally, Thibodeau can double down on the crazy and go ridiculously small with R.J. Barrett filling in at the four, relying on Barrett’s rebounding prowess.

These are the type of things Thibodeau should have on his mind as he waits out Robinson’s return. The Knicks were already squeezing out every bit of potential the team had, without their top defensive guy there will be a decline with no real response.

The only way to avoid a decline is to try something different, to get a little crazy. As much as Thibodeau wants to win now the Knicks are still playing with house money. Live a little, let Obi Toppin run.