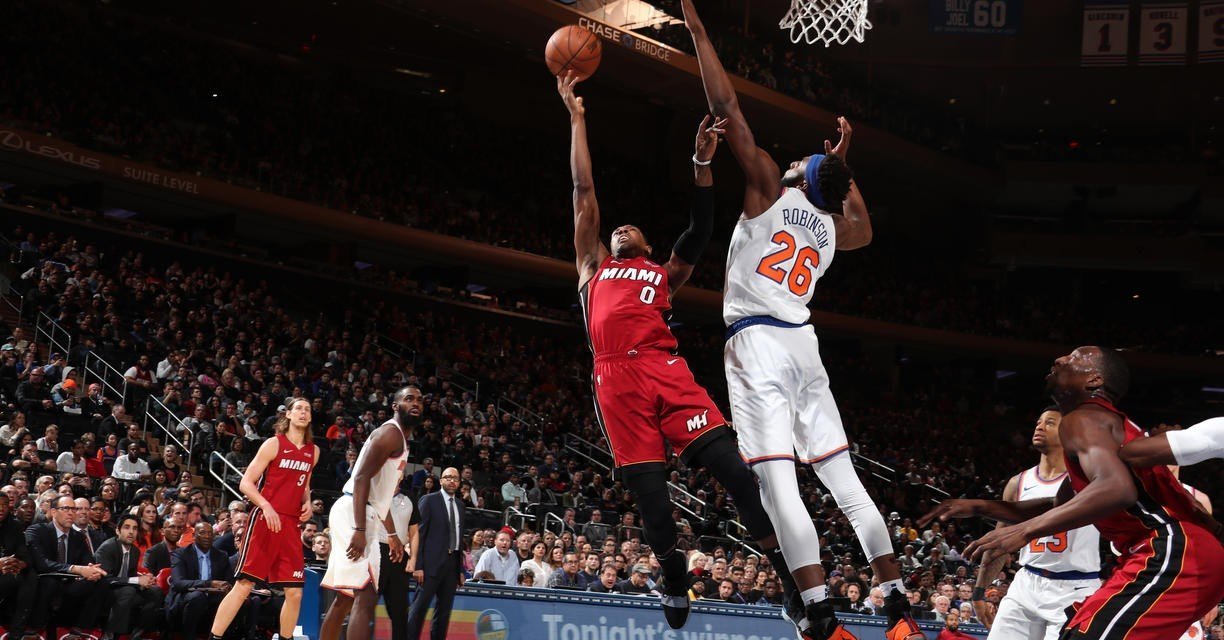 With Enes Kanter out of the rotation, it’s become apparent that Coach Fizdale intends to use Mitchell Robinson and others to define a versatile, lengthy defense.

While explaining why he hasn’t played 26-year-old center, Enes Kanter, Knicks head coach David Fizdale told reporters that he wanted to build towards a more versatile style of play. Kanter either physically cannot, or refuses to guard the pick-and-roll, a fact that has led Fizdale to start Noah Vonleh, a more switchable player, in the absence of Luke Kornet—a store-brand Kristaps Porzingis who’s sidelined with an ankle sprain.

However, Kanter’s role has become non-existent with the team as the franchise intends for a future anchored in the middle by Mitchell Robinson, a 7’1” rookie with a 7’4” wingspan. The Knicks snagged Robinson in the second round of last year’s draft because the Louisiana native chose not to play in college or overseas.

While Robinson missed nearly a month with a sprained ankle, the big man has not only shown why he was considered a top prospect when he left high school, but why he’s a much better fit for the Knicks going forward. Especially on team that hopes to build a versatile defense, as Fizdale claimed at the season’s start.

“I want to establish a top-ranked defense, a fast defense, a disruptive defense, a versatile defense, a loud defense that sparks offense and gets us into the open court,” Fizdale remarked.

It’s impossible to have that while Kanter plays major minutes. He does bring low-post scoring and rebounding, but that’s extent of his contribution to the team.

Conversely, Robinson’s length and explosiveness make him the perfect sort of rim-running center who can lock down the paint—and even stick with smaller players on the perimeter.

Robinson still makes plenty of mistakes on the defensive end, as expected for someone who last played organized ball in high school, but he also possesses the physical traits to erase these mistakes. Watch him stick with James Harden out on the arc before getting a piece of his shot:

Mitchell Robinson sticks with Harden and GETS THAT BLOCK pic.twitter.com/61kzrHavnT

Or when, despite a spin move from (the self-referentially old) Dwyane Wade, he recovers enough to tip the shot up into the air:

The Rockets take it further than anyone else, but teams have placed an emphasis on creating mismatches through switches. Having a center who can still harass and stick with smaller defenders like Robinson can have much more value than offensive rebounders like Kanter.

Having Robinson waiting in the paint also gives the rest of the Knicks’ perimeter defenders a bit more slack. Against the Nets, Damyean Dotson gambled on a steal during the fourth quarter and Brooklyn guard Theo Pinson got into the lane. Robinson was able to help off of Ed Davis and erase Pinson’s shot—he also nearly kept the ball in bounds, another skill that shows natural defensive instincts that Kanter can’t match.

In 42 games this season, Kanter has 17 blocks. Robinson has 66 in 34 games played, for contrast. Kanter has only played in one game of the six since Robinson returned from his ankle injury, but over that span Robinson has a Defensive Rating of 109.5 points per 100 possessions, while Kanter’s DRtg is 137.5 in the only game he was active. Robinson’s rating is the third best among rookies centers who have played at least 15 minutes over that span—trailing sixth and fourth overall picks Mo Bamba and Jaren Jackson Jr.. Kanter’s is the second worst among all centers in the league, regardless of experience.

It’s worth noting that the Knicks seem to have followed a certain formula in their drafting. Lots of long and versatile guys, not just Robinson, pepper the franchise’s young core. They clearly want to surround Porzingis with guys who can guard multiple positions while their Unicorn patrols the paint. Robinson’s shown he can do that, and you may not have noticed, but he’s not a bad shot blocker either.

Frank Ntilikina, Kevin Knox, and Dotson all have the skills and the frames to be plus defenders on the perimeter. Should Porzingis return to his pre-ACL tear state, the Knicks could have the ability to have five young players who could switch on any possession. Exactly what Fizdale said he’s looking for, and done without sacrificing any offense.