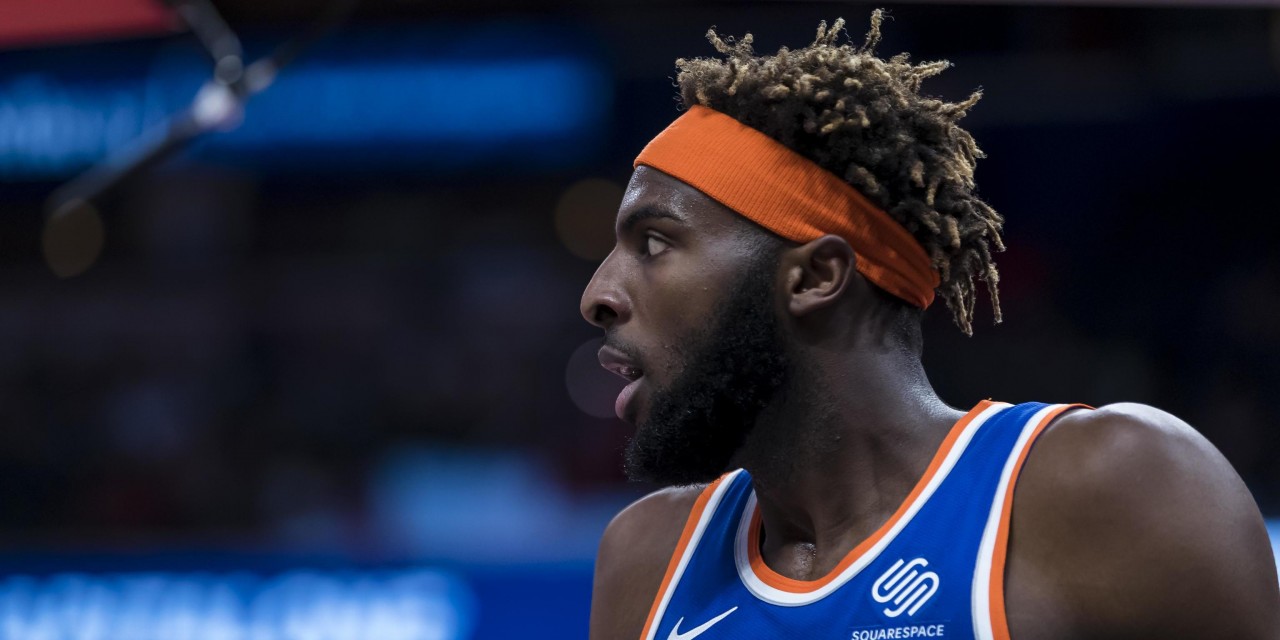 The Knicks and Nets meet for the first time on Friday night after a messy offseason. Mitchell Robinson and Elfrid Payton will start.

At the Barclays Center, second-year center Mitchell Robinson will make his 2019–20 season debut after missing Wednesday’s clash with the San Antonio Spurs with a right ankle sprain. Veteran big man Bobby Portis, who signed with the Knicks in the offseason, started for New York in their first game at center.

Meanwhile, the Knicks have a new backcourt. After Fizdale introduced the world to point R.J. Barrett earlier this week, the second-year coach is scaling back the playmaking responsibility for the rookie out of Duke by starting sixth-year veteran point guard Elfrid Payton, with Allonzo Trier bumped out of the starting lineup, per SNY’s Ian Begley.

Payton was crucial in keeping the Knicks in the Spurs game on Wednesday after Fizdale’s Barrett-Trier backcourt and starters, unsurprisingly, could not compete with DeMar DeRozan and Co. If it weren’t for the former 10th overall pick of the 2014 draft getting into foul trouble, along with terrible outings from third-year guards Dennis Smith Jr. and Frank Ntilikina, there was a distinct possibility of the Knicks overcoming San Antonio’s 18-0 fourth-quarter onslaught and winning the ball game.

Instead, Fizdale will make the rational choice here and start Payton who, for now, is outplaying the younger guards Smith and Ntilikina, both of whom had their fourth-year team options picked up last week.

Robinson should give a big boost in the frontcourt, too, for the Knicks. Portis and starting power forward Julius Randle could not handle the interior defensive presence for New York on Wednesday, but Robinson is a shot-blocker extraordinaire and intimidating presence in the paint. On offense, though, Portis only scored eight points on 4-of-10 from the field. With the second-team All-Rookie center in the lineup, the Knicks could envision high-efficiency shots from Robinson, who doesn’t attempt many field goals per game and shot 69.4% from the floor in his rookie season. Additionally, the overall field goal attempts from Portis could be distributed to the efficient Randle and Barrett, if possible—the duo combined to shoot 19-for-31 (61.3%) from the field against the Spurs.

Friday evening’s Knicks-Nets game is an anxious affair, with all eyes on how one-time champion point guard Kyrie Irving will perform against New York, a franchise who desperately sought to sign the All-Star as a free agent last summer. Instead, the Nets, who lost in their season-opening game against the Minnesota Timberwolves in spite of Irving’s 50-point contribution, are seeking to seal out the Knicks from relevancy and popularity.

»READ: A brief history of the Knicks-Nets rivalry