Mitchell Robinson Needs to Be in the Starting Lineup 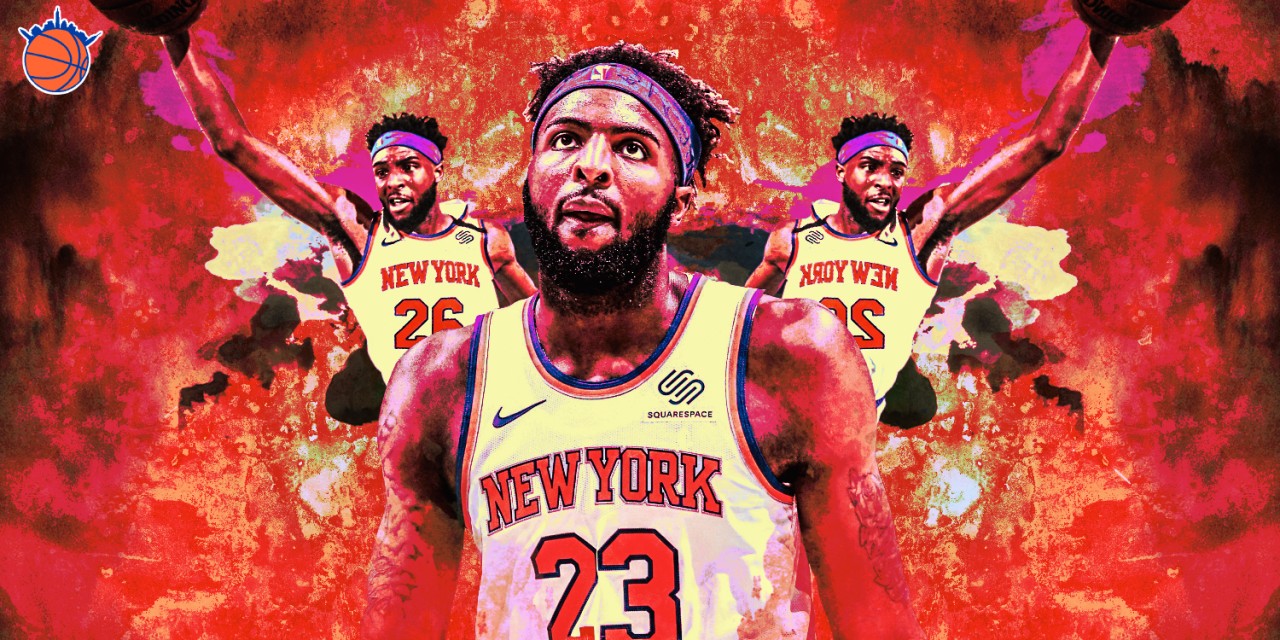 Mitchell Robinson has turned the corner lately, but he’s still coming off the bench in the Mike Miller era. The Knicks need to make a change.

There’s no doubt that Mike Miller has done an extremely solid job since he was named interim head coach of the Knicks following David Fizdale’s firing. Miller is 6-9 through his first 15 games as head coach, while Fizdale was only 4-18 in the 22 games he’s coached this season. Of all the changes and adjustments Miller has made to make this possible, there’s one glaring change he hasn’t made: adding Mitchell Robinson to the starting lineup.

Robinson began his 2019–20 season in the starting lineup for the first seven games he played, but since he sustained a concussion on November 6th versus the Pistons, he hasn’t re-entered the first unit. In the 26 games that Robinson has played since the injury, 34-year-old Taj Gibson has taken over as the Knicks’ starting center in 25 of them. In the one game Gibson wasn’t the starting center, which he missed due to injury, Robinson did get the starting nod.

At the time Gibson was inserted into the starting lineup for Robinson, it was bothersome, but the Knicks ended up winning two of the first three games where he did come off the bench. This was followed by a 10-game losing streak in the middle of which Fizdale was dismissed. At that time, Robinson was playing arguably the worst basketball since the beginning of his young career. During the first seven games of the losing streak, Robinson was averaging only 5.3 points, 6.1 rebounds, and 2.0 blocks per game on 59.1% from the field—and had fouled out of three games in a four-game span. He had done absolutely nothing to earn his starting job back.

However, Robinson has flourished in the Miller era. He looks like the Knicks’ most promising young player once again. In these 15 games coached by Mike Miller, Robinson has averaged 12.8 points, 7.3 rebounds, and 1.8 blocks a contest on an astounding 72.9% from the field. This includes a recent 22-point and eight-rebound performance against the Trail Blazers, where Robinson also converted 11 of his 11 attempts from the field. With Robinson playing great basketball once again, it’s crucial he’s inserted back into the Knicks’ starting lineup.

To add to his questionable basketball I.Q., Robinson also turns the ball over a decent amount, with his 8.1% turnover percentage, ranking 18th in the NBA.

Gibson is a bit stronger and more physical than Robinson, which does help against better opposing bigs. Robinson matched up with Montrezl Harrell for part of Sunday’s game against the Clippers, and it didn’t go well. Harrell finished the game with 34 points, shooting 13-for-21 from the field.

That being said, there’s no way the lack of basketball I.Q. and physicality outweighs every positive Mitchell Robinson brings to the table. His freakish size and athleticism affects the game on both sides of the ball beyond just stats. On the offensive side of the ball, the pick-and-roll with Robinson has been about as effective as you can get. All it takes is defensive confusion for a split second to get Robinson open running towards the basket. Once that happens, all the ball handler needs to do is pass the ball anywhere in the stratosphere of the hoop and Robinson will finish it. When I say stratosphere, I’m not kidding.

Robinson leads the league in field goal percentage (70.9%) and True Shooting percentage (70.8%). Gibson, who’s averaging 4.5 points per game on 48.6% from the field, is a minimal offensive threat. Additionally, Robinson provides value on the offensive boards. He ranks sixth in the NBA in offensive rebound percentage at 13.3%, whereas Gibson’s offensive percentage is 2.1 points lower than the sophomore’s.

On the defensive side of the ball, Robinson is an elite shot-blocker. His block percentage of 7.7%, per Basketball-Reference, meaning that he blocks nearly eight percent of all opposing two-point shots when he’s on the floor, is second in the in NBA. Even when Robinson isn’t blocking shots, his 7’1” height and 7’4” wingspan allows him to alter pretty much any shot he defends by simply contesting it. His impact on the game is huge, and miles ahead of Gibson’s.

Robinson needs to start for development purposes. The top concerns right now in terms of the future need to be R.J. Barrett, Mitchell Robinson, and Julius Randle. All three of those guys are going to be with the Knicks for at least the next two seasons, barring any unforeseen trades. Right now, of all three-man lineup combinations, those three players have played the eighth-most minutes together.

Barrett, Randle, and Gibson are the fifth-most common lineup, with just under 44 more minutes played than the other trio. That’s inexcusable considering Gibson has no future with the team past potentially next season (he’s partially guaranteed). Ideally, Barrett, Robinson, and Randle need to get as many minutes together as possible in order to develop as a group.

Robinson may struggle a bit playing more minutes against better centers, but it’s important that he’s exposed to that early on in his career.

It’s time for the Knicks to treat Robinson like the future centerpiece that he is. He’s more than ready to return to the starting lineup. Once he does, I have a feeling he won’t be returning to the bench for quite a long time.

»READ: X-factors Mike Miller and Knicks need to focus on for remainder of the season