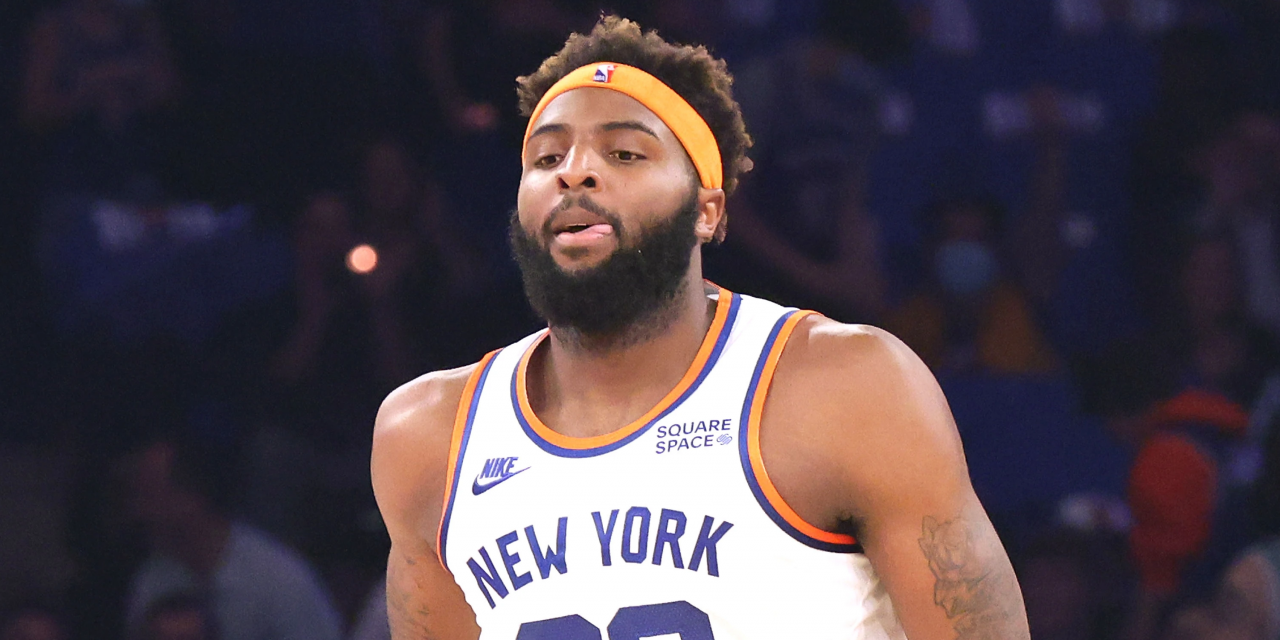 Starting center Mitchell Robinson and the Knicks have agreed to a deal that will keep the former second-round selection in the Big Apple.

The New York Knicks and center Mitchell Robinson have agreed to a new contract, per ESPN’s Adrian Wojnarowski.

The rising fifth-year big man is inking a new four-year, $60 million contract to stay in New York, according to the ESPN deal-breaker.

Robinson, 24, rebounded during the 2021–22 NBA season for the Knicks after missing 41 regular-season games and the playoffs in 2020–21. A second-round selection in 2018 out of high school after leaving Western Kentucky early, Robinson has come out of his cocoon during his four-year pro stint with the Knicks. Initially a shy kid out of Louisiana in a seven-foot body, Robinson has turned himself into an intimidating shot-blocker on defense and one of the most efficient players on offense due to his dunk-heavy approach.

In 72 games last season, Robinson averaged 8.5 points, 8.6 rebounds, and 1.8 blocks per game, also shooting 76.1% from the field and 48.6% from the free-throw line. Robinson set the NBA’s field-goal percentage record, surpassing Hall of Famer Wilt Chamberlain, in 2019–20 when he finished the season shooting 74.2% from the floor.

Despite getting this extension done, it didn’t feel like a foregone conclusion that Robinson would be back in orange and blue. As recently as last offseason, the Knicks re-signed veteran center Nerlens Noel to a three-year deal and selected Texas Longhorns big man Jericho Sims in the second round of the 2021 draft. However, this week, the Knicks sent Noel (with Burks) to the Detroit Pistons in an effort to clear salary cap—mostly to extend a lucrative offer to Dallas Mavericks free-agent point guard Jalen Brunson.

Robinson becomes the first former Knicks draft pick to stay on with the club, signing a multi-year deal, since Charlie Ward in 1999. (David Lee re-signed with the Knicks in 2009 to a one-year contract.)

On Thursday, the opening of NBA free agency, the Knicks signed free-agent point guard Jalen Brunson of the Dallas Mavericks to a four-year, $104 million deal along with former Los Angeles Clippers center Isaiah Hartenstein to a two-year contract. With the re-signing of Robinson, the Knicks have their center tandem in place. Nevertheless, it remains to be seen if Sims will return on a standard deal or another two-way contract.