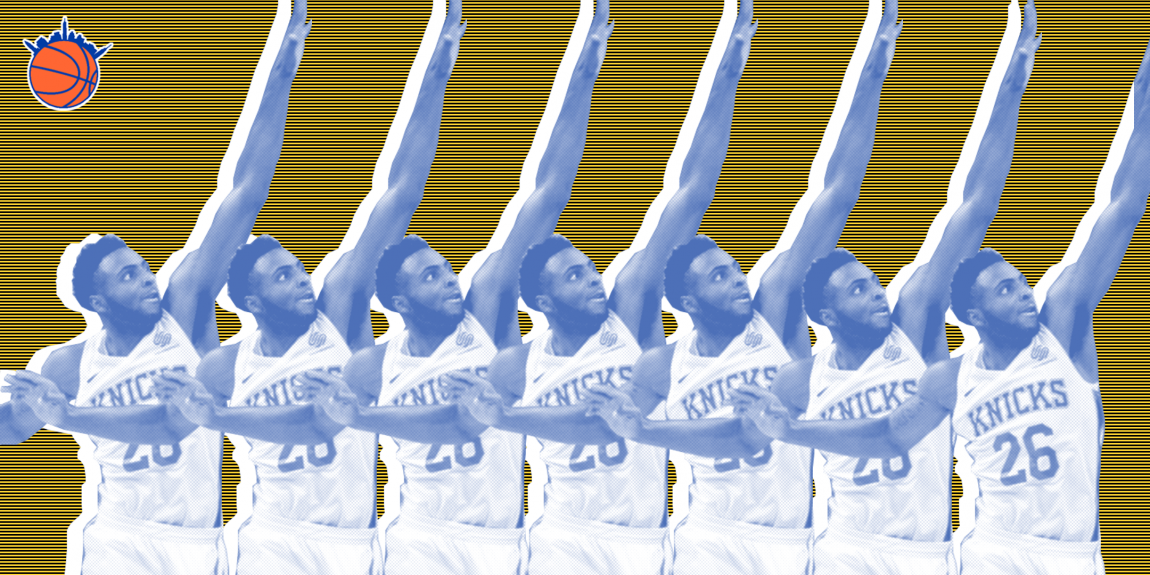 New York’s potential second-round steal made a name for himself in the Summer League.

Selected with the 36th overall pick by the Knicks, Mitchell Robinson was a relatively unknown commodity coming out of the draft. At the time, many were confused by the enigmatic big man. Analysts were praising the potential upside of Robinson, due to his exceptional athleticism and shot-blocking ability. However, some pundits were firm in their belief that he would not be ready for the NBA anytime soon, mostly because he hadn’t played high-level basketball for an entire year and was considered an extremely raw talent. His decision to forgo a season at Western Kentucky to prepare for the draft was a concern for a lot of scouts, and undoubtedly did not help his draft stock.

Despite much of the skepticism, Robinson was able to showcase his abilities during the NBA’s Las Vegas Summer League. It’s safe to say he did he not disappoint. Let’s be realistic: nobody knew what they were getting from the 20-year-old from Chalmette, and there weren’t many expectations from Knicks fans at that time. However, he was a beast in Summer League and finished averaging 13 points on an impressive 67 percent shooting to go along with 10 rebounds and a whopping 4.0 blocks per game—a summer league record. His 6.2 offensive rebounds per game was also the highest mark in the history of the NBA Summer League.

His explosion onto the scene was a surprise to all in the basketball world, as he was able to quickly make a name for himself by dominating down low. What allowed him to open some eyes around the league?

One main component of Robinson’s game that stood out to me was his athleticism. Despite being out of competitive, intense basketball for the past year, he looked very in shape and extremely active on both ends of the floor. His ability to block jump shots with ease and get to the basket with minimal strides is truly an extraordinary sight. One would assume that someone who had been out of the game that long would look slow and lethargic, but Robinson looked the part of the modern NBA athletic big man. Mitchell’s ability to cover tremendous ground and utilize his length to be flat out disruptive is a very encouraging sign for the Knicks.

Another aspect of Robinson’s game I enjoyed was his maturity and control on the court. Robinson seemed to play every possession hard and in a remarkably poised and smart manner. You didn’t see as many boneheaded plays and overall awkwardness that you tend to see with a lot of young seven-footers. Robinson had smooth body control and was able to use his size to maximize his potential on the floor. While he definitely has a ton of room for improvement, the second rounder certainly turned heads early with his exciting style of play.

One thing I would have loved to see from Robinson was at least an attempt at a perimeter shot. Not once during the Summer League did Robinson shoot from anywhere beyond the rim, but developing a semblance of a jump shot could be extremely advantageous for Robinson’s game. During his time in high school, Robinson regularly shot from deep, but he clearly wasn’t comfortable attempting them in Summer League. Look for Mitchell to work on his offensive versatility this offseason, especially in terms of stretching the floor.

It was both interesting and shocking to see that Robinson outplay all of his big man counterparts throughout the limited number of games in the Summer League. Much of the hype went to top 10 picks Deandre Ayton, Marvin Bagley III, Jaren Jackson, Jr. Mo Bamba, and Wendell Carter Jr.—guys who were clearly much more highly touted prospects than Robinson. Not only did Robinson play well, but he outshined all of the previously mentioned bigs. He even put up better numbers than number-one overall pick Deandre Ayton.

Robinson did this by playing within himself and not trying to too much to wow his detractors. Regardless of the small sample size, Robinson outplaying those five was a pleasant and, hopefully, long-lived surprise for Knicks fans. The young center’s skill set was actually ranked similarly to many of those bigs who were selected so high.

Regardless of Robinson’s incredible Summer League performance, there is reason to believe he begins the season as a Westchester Knick. This is not a knock on Robinson, I just believe he will be better suited to contribute if he is able to get his feet wet in the G League. It will give him the unique opportunity to learn the NBA game and shake off some expected rust. It could also allow him to avoid any potential scrutiny he might receive if he’s thrown onto the NBA roster from day one.

Mitchell Robinson’s impressive summer gives him a more realistic shot to make an impact in the NBA this year, as he has proven he can keep up with the speed and pace of a professional game. Right now, it’s all about continuous reps and touches for Robinson, and the ideal spot for him to get the maximum amount of work is the G League. Throwing him onto the big boy Knicks right away where he might be overshadowed by Enes Kanter and other vets could potentially hinder the development of Robinson.