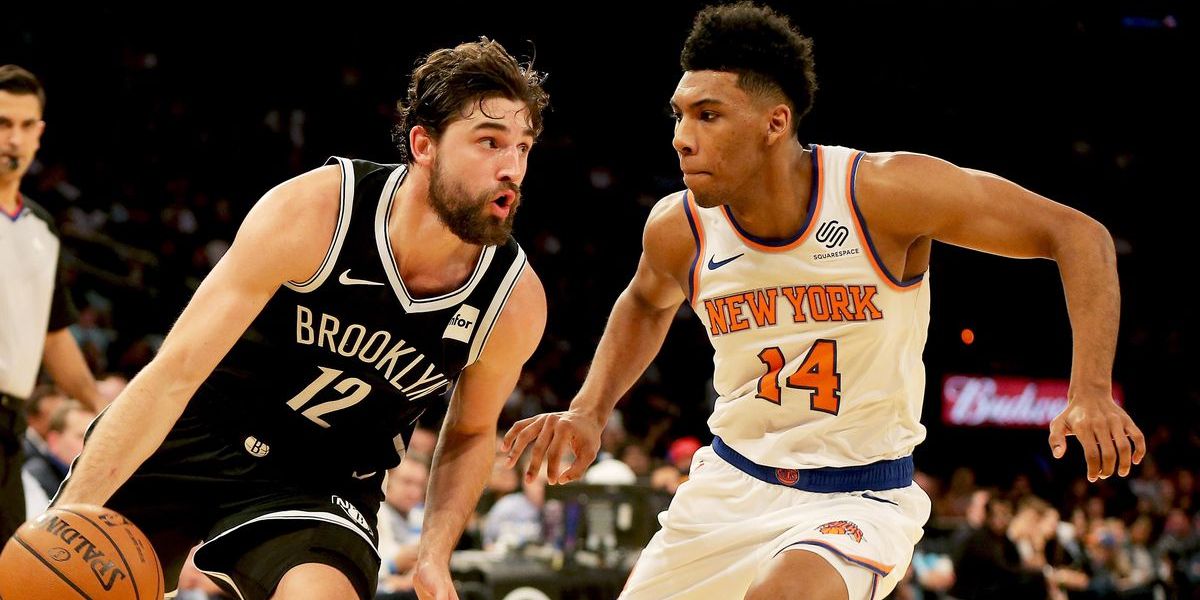 With day one of free agency behind us, an optimistic Charlie Zegers reflects on the Knicks’ moves thus far.

Every time the Knicks played the Nets this season, we heard the comparisons.

Look at what Kenny Atkinson and Sean Marks have done with this roster. They’ve created a culture. They play well together. They could be an attractive destination for free agents. David Fizdale’s Knicks are tanking. After yesterday’s announcement that the Nets would land both Kevin Durant and Kyrie Irving, those comparisons are going to be louder and even less flattering for Team Dolan.

Like this one, from Frank Isola in The Athletic:

“Never before has Brooklyn looked so hip. The Knicks, who talk all the time of creating a culture, developing players and having a bright future, lost Irving and Durant to the Nets, who under general manager Sean Marks and head coach Kenny Atkinson actually did create a culture, developed players and made the playoffs. One franchise talks a big game. The other has a plan and executes it.”

It’s hard to put an exact date on when the Knicks rebuild started; you could argue they’ve been rebuilding for the better part of the last two decades. But if you’re going to compare Fizdale and Scott Perry’s work to that of their counterparts on Atlantic Avenue, you have to factor in Brookyn’s head start.

Marks was hired in February of 2016; Atkinson joined him that April. Perry didn’t take over as Knick general manager until July 2017. (And that was after the draft and the start of free agency; the Tim Hardaway Jr. and Ron Baker contracts were his “welcome to MSG” presents from Steve Mills, who stayed on from the previous regime.) Fizdale joined the team a year later.

Marks and Atkinson’s big day was three-plus years in the making. Three full seasons of establishing a culture and getting the roster set and developing young players. And yesterday, that paid off big time. Well done. Much respect. But they had a significant head start, which some seem to be overlooking.

The fact that the Nets are a couple years ahead in their process can actually benefit the Knicks. Hey Scott? See what those guys did? Do that.

This may be Perry’s plan. What if Julius Randle becomes the Knicks’ version of D’Angelo Russell? A promising young player who gets a chance at a leading role and could blossom, leading his new team to respectability? (Or, what if Dennis Smith Jr. is that guy?) R.J. Barrett could be their Caris LeVert, and Reggie Bullock their Spencer Dinwiddie, and Taj Gibson their Jared Dudley. And maybe they win 30 or 35 games this year, and start playing like a team with a clue—and reach the playoffs the year after. That’d more or less put them in the same place the Nets are now, with an improving young squad, some stability, and tons of money to spend.

That’s better than a lot of the alternatives.

If this was any team but the Knicks (and possibly the Lakers) you’d be saying, “Good job, good effort.”

James Dolan told the world the Knicks were confident they’d score big in free agency. Why? He probably wanted to influence the narrative after the Porzingis trade.

When it started to become clear that Irving and Durant were looking to land elsewhere, Dolan’s media moles started to drop hints about concerns over Durant’s injury, hints that basically amount to, “You don’t want to sign here? That’s O.K., we don’t want you anyway. So there.” Take away all the talk, all the innuendo, all the obvious leaks and blustering, and this offseason really doesn’t look that bad.

The Knicks could be an absolute textbook model franchise—and clearly they aren’t—and Jim Dolan would still find a way to make them look bad.

So here’s my advice:

Jim—can I call you Jim? We’ve never actually met, but that one time you walked past me at a Westchester Knicks game, I didn’t say anything rude, so that practically makes us blood brothers, right?

Anyway, here’s the thing, Jimbo. It’s actually possible that you’ve taken yourself out of the mix when it comes to the basketball team. Maybe you really are letting Scott and Steve run the show. Here’s what you need to do next:

Don’t do any more radio interviews. Don’t use your media people to drop hints to Berman of the Post. Don’t tell the other owners how confident you are about the moves your guys have planned. Don’t try to hype the fans into buying tickets; your building sells out even when your team is awful.

Let the basketball product speak for itself. You might be surprised by what it has to say.