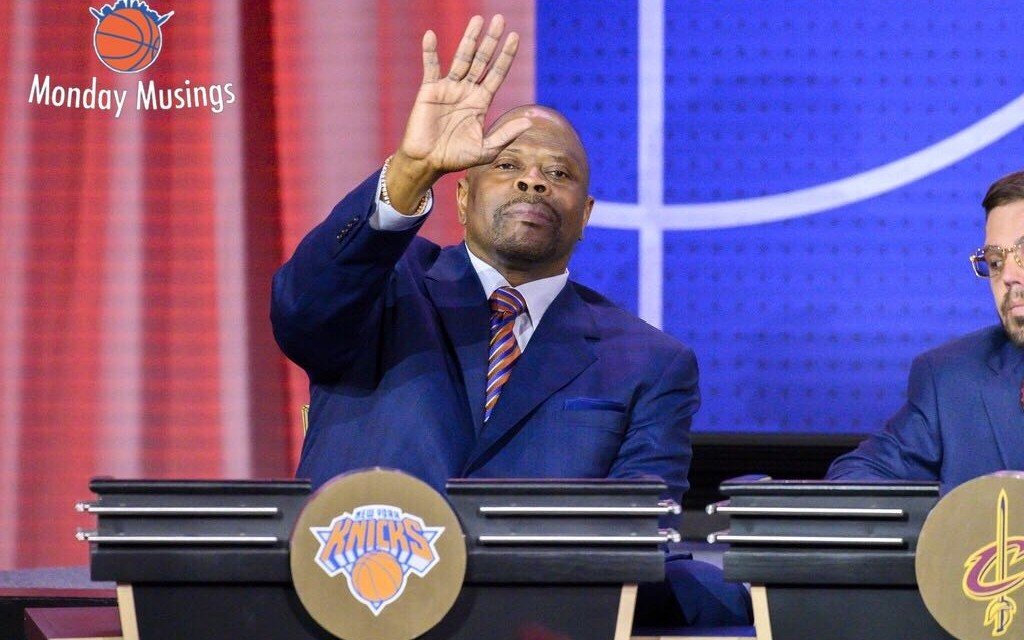 Charlie Zegers and Bryan Gibberman react to the lottery results, if R.J. Barrett’s the easy pick, and where the Knicks go from here.

Charlie Zegers: I’m more disappointed with some of the reactions to the lottery than the lottery results.

It’s easy to mock the Knicks. I get that. But a lot of the #lolknicks stuff I’ve seen on here in the last couple of days is both unfair and stupid.

1) It’s not like they’re in the midst of a “number one pick or bust” tank/rebuild.

They didn’t even (really) set out to tank this year. Sure, they embraced the tank when it became clear Kristaps Porzingis wasn’t coming back, but that wasn’t the plan.

2) Even though they didn’t win the first overall pick, they’re in good shape. They have a top-three pick in a draft everyone says has three elite prospects. That’s not bad.

3) It’s dumb to complain that they didn’t win a random drawing.

It’s not like they won some April game they shouldn’t have and cost themselves some lottery combos.

4) They’re still heading into the offseason in pretty good shape. They have tons of money to spend. They have the number three pick and a bunch of future picks. They have a couple of interesting young players.

5) Yes, it’s still totally possible that they could screw this up.

Kevin Durant could change his mind. And if that happens they could overreact and spend too much money on Plan B/Plan C (see also: Amar’e Stoudemire).

6) But just as it was silly to spend time debating whether they should trade Zion Williamson for Anthony Davis or not, it’s silly to take shots at them for things that might happen.

With a couple of minor exceptions, they’ve handled this rebuild about as well as anyone could have expected.

Bryan Gibberman: Dealing with not getting the top pick when you never let yourself believe the Knicks were going to get the top pick made this all much easier to move on.

I do admit when they made it to the top four, and then the Lakers were called, I got my hopes up just a tiny bit. A tiny, tiny, tiny bit.

This is in the past. We’re now looking toward the future. I agree pretty much across the board with what you said. My preference—and this has nothing to do with the level of prospect R.J. Barrett, Jarrett Culver, or anyone slots in at—is for the Knicks to move the pick for a veteran.

That Celtics wing Jayson Tatum contributed to winning basketball as a rookie in a decent-sized role is more unusual than the norm. If the Knicks’ offseason goes as planned, they shouldn’t be wasting any of the Durant/Kyrie Irving years. The focus goes from planning to win 2-3 years down the line to competing for a championship next season. No half measure; it’s time to push chips all in on a 3-4 year window to win a title. That’s what the NBA is these days.

Charlie: Agree 100%. There was a case to be made for keeping Zion, if the Knicks had landed the top pick, and playing him with whichever free agents they land, but that case is a lot less compelling now.

That said, the sequence of events is going to be really important. The Knicks have to be absolutely certain of what’s happening with their big free-agent targets before they commit to send all their most promising kids to New Orleans in an Anthony Davis deal. Make that trade without getting Durant, and they’ll just re-create the Carmelo Anthony era.

This probably shouldn't be controversial, but who freakin' knows…

It only makes sense for the Knicks to trade all their kids for Anthony Davis if they're adding Davis to Durant-plus.

Make that trade without Durant and it's basically the Melo deal all over again.

I’m really interested to see what a potential Davis trade would look like. If I’m the Knicks, I’m hoping the bad blood between the Bensons and Busses is bad enough to kill any Pelicans/Lakers deal—which is probably the Knicks’ only hope of keeping Mitchell Robinson at MSG. But if I’m the Pelicans, there’s no way I make a trade without getting Robinson back.

Bryan: I’m staunchly against trading Robinson, even in a Davis trade. The Pelicans can take whatever else they want, nothing is off limits.

Mitch is the piece who helps bring this roster together, between his skill set and contract. You don’t trade rookies who showed four elite skills in their first year in the league. Mitch was an elite rim runner, offensive rebounder, rim protector, and big defending on the perimeter.

Mitch with KD and Kyrie is already a well-fitting “big three.” That’s the core you build around.

Charlie: Right. But those are the same reasons the Pelicans will want him. Also: he’s from Louisiana, which doesn’t hurt.

Keep Mitch out of the trade, and I’m not sure if the Knicks can beat the offers David Griffin and company will get from, say, the Lakers or Celtics.

Of course, Davis isn’t the only veteran the Knicks could look to acquire in a deal involving that pick. Alan Hahn keeps pushing Bradley Beal as an option, and I have to say I’m intrigued.

Bryan: I’d rather trade for Beal and keep Mitch if that was an option.  The four main guys for the KD title window being Mitch, KD, Kyrie, and Beal would be stellar.