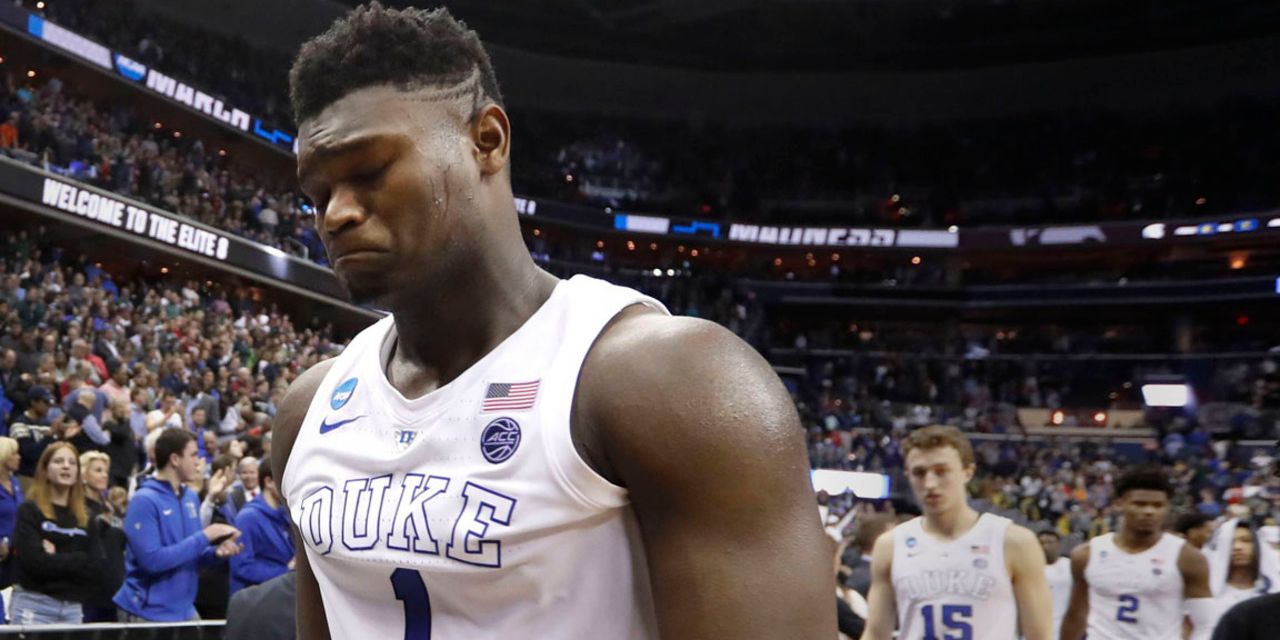 Odds for the top pick (read: Zion Williamson) are incredibly worse than, say, falling backwards to the fifth pick. Here’s how to prepare for the worst in the upcoming lottery for the Knicks.

I say this not as a pessimistic Knicks fan, a Twitter troll hoping to make others sad, or a Daily News writer who roots for Madison Square Garden to fail in every endeavor.

(Kidding about that last one. Well, mostly.)

No, I come to you with this grim news simply as a person with a better-than-average understanding of math.

She’s a harsh mistress, math. Cruel and unforgiving, but ultimately fair and fairly predictable. And she tells me that the Knicks—who have locked up “worst overall” status in the NBA this year—have a 14% chance to win the Zion Williamson sweepstakes. That gives them an 86% chance to lose.

So what does that mean for the Knicks’ summer plans? How does their lottery luck impact their free agent plans and the future of the franchise? I’m imagining a few different scenarios.

Sure, it could happen. And this would give the Knicks lots of choices.

They could make Williamson the centerpiece of their young core and build around a ridiculously dynamic, imposing frontcourt featuring Zion and Mitchell Robinson, and focus on a slower rebuild. Or, they could use Zion’s presence as a means to market to this summer’s big-name free agents. “Kevin? Kyrie? Meet Zion.”

Of course, Zion’s draft rights would also be a pretty nice trade asset too. Maybe one nice enough to pry Anthony Davis away from the Pelicans.

There’s a better than 50% chance (51.5%, to be precise) that the Knicks will end up picking second, third, or fourth. Disappointing? Potentially. But there will be some really nice players available in those spots, with Ja Morant, Jarrett Culver, and R.J. Barrett as the likeliest candidates.

Putting Morant in orange and blue forces some interesting personnel decisions. If Morant is a Knick, is Kyrie Irving still a target? Would the Knicks be willing to trust a rookie lead guard to run a team that—assuming they land a big free agent or two—will be in “win-now, Kevin Durant is in his prime” mode? If not, would he be enough to land Davis or another star in a trade?

Of course, landing Morant in the draft might also free the Knicks to use other assets already on the roster in deals, though it’s more than fair to wonder how much value a guy like Dennis Smith Jr. or Frank Ntilikina might have on the market after mostly disappointing sophomore campaigns.

Culver and Barrett (I prefer Culver; your mileage may vary) make more positional sense on a team built around Durant and Irving.

The worst-case scenario—literally—has the Knicks falling all the way to fifth. And that possibility is real.

At 47.9%, picking fifth overall is only slightly less likely than flipping a coin and having it come up “heads.”

Would that be a disaster? Impossible to say, really. We seem to have general consensus on the top four picks in the upcoming draft, with Williamson going first and then Morant, Culver, and Barrett in some order. What happens after that is anyone’s guess.

This game has been UGLY but this Culver fake sure ain’t pic.twitter.com/yuD2vijFvJ

That may be an indication that teams have similar grades on the next 5-8 players, which would mean a pretty significant drop-off in trade value after that fourth selection.

»READ: Should the Knicks go after DeMarcus Cousins this summer?