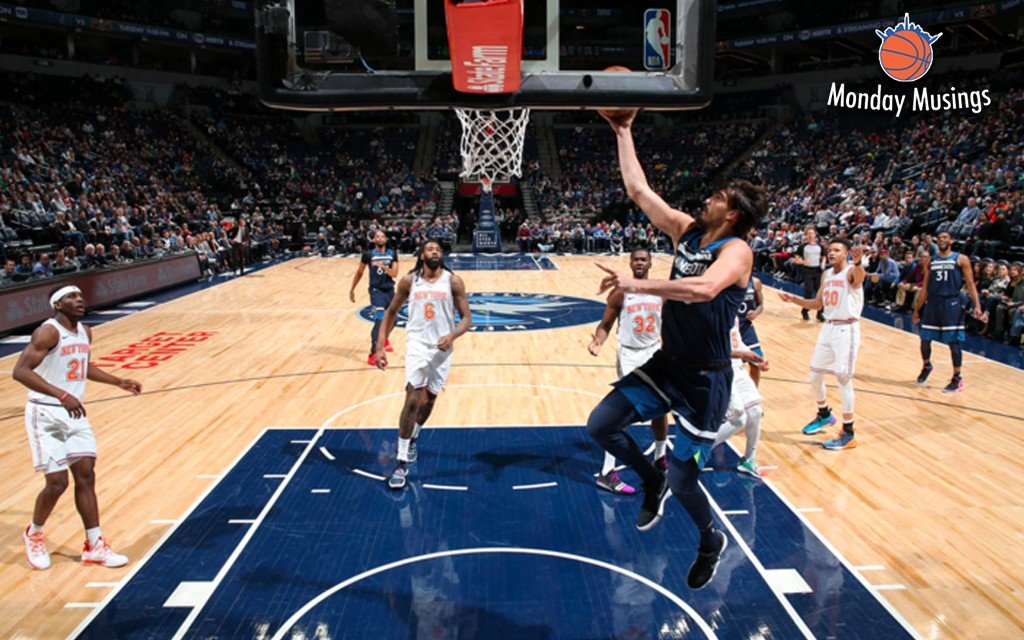 In this week’s edition of Monday Musings, Charlie Zegers discusses Knicks owner James Dolan’s fan encounter and the lost feeling at this juncture of the season.

Charlie Zegers: If the Warriors’ recent stretch of play is any indication, we’ve officially hit the “sim to end” portion of the NBA season. The prohibitive favorites to win a third straight title are 4-6 in their last 10 and coming off a loss to Phoenix—a team very much in the mix for “worst record in the NBA” honors.

Of course, the Knicks have been in “sim to end” mode since Christmas.

On the plus side—for Knicks fans, at least—the strife in the Warriors locker room at least theoretically increases the odds that Kevin Durant will go looking for greener pastures this summer.

(Is Madison Square Garden actually a greener pasture in this scenario? Lots of people seem to think so, but that’s awfully hard to comprehend.)

On Jim Dolan and Zoo Animals

A woman was injured by a jaguar at a zoo in Arizona last week. It seems she climbed over a barrier—meant to separate the patrons from the animals—while taking a selfie, and ended up in an unfortunate confrontation that could have been avoided.

There was a similarly unfortunate confrontation at Madison Square Garden during the Knicks’ loss to the Kings on Saturday. A fan approached team owner/mediocre blues singer Jim Dolan and yelled “sell the team!” So Dolan, in a reaction nearly as predictable as a jungle cat biting a selfie-seeking idiot, threatened to ban the fan from the arena.

Let’s get this out of the way: I’m not here to defend Jim Dolan. It’d be awfully nice if—every once in a while—he’d take the high road. But this is the guy who banned Charles freaking Oakley from the building, and forbade his employees to talk to one of the afternoon hosts on the biggest sports-talk radio station in the city.

Approach the guy with a camera-phone and an attitude and an over-the-top, vindictive response is just what comes next.

It’s almost hard not to wonder if that was the point.

Playing Out the String

The Knicks now sit at 13-54 on the season, 2.5 games up (down?) on Phoenix in the race for worst record in the league with 15 to play. Assuming those standings hold, the Knicks will have a 14 percent shot at the top overall pick and a 42 percent chance of picking in the top three.

The guy I’m most interested in assessing continues to be David Fizdale, but he’s also the toughest to read. Fizdale’s first season with the Knicks has been a mass of contradictions. He allows Kevin Knox to play through his struggles, but has benched almost everyone else at times—Ntilikina in particular. He hands out starting spots as a reward for strong play and hard work, but Mitchell Robinson—by any reasonable metric the Knicks’ best player since the All-Star break—remains glued to the bench. And most frustrating of all—he seemed to recognize Enes Kanter as a liability, but Emmanuel Mudiay is one of his go-to players.

Maybe it isn’t fair to judge Fizdale based on this season. Not with all the player movement and Porzingis drama and reclamation projects and players that aren’t old enough to drink legally. Maybe next year, with a veteran go-to guy or two in the mix and a more experienced Robinson making shooters look foolish all over the court, Fizdale’s rotation decisions will start to make sense.