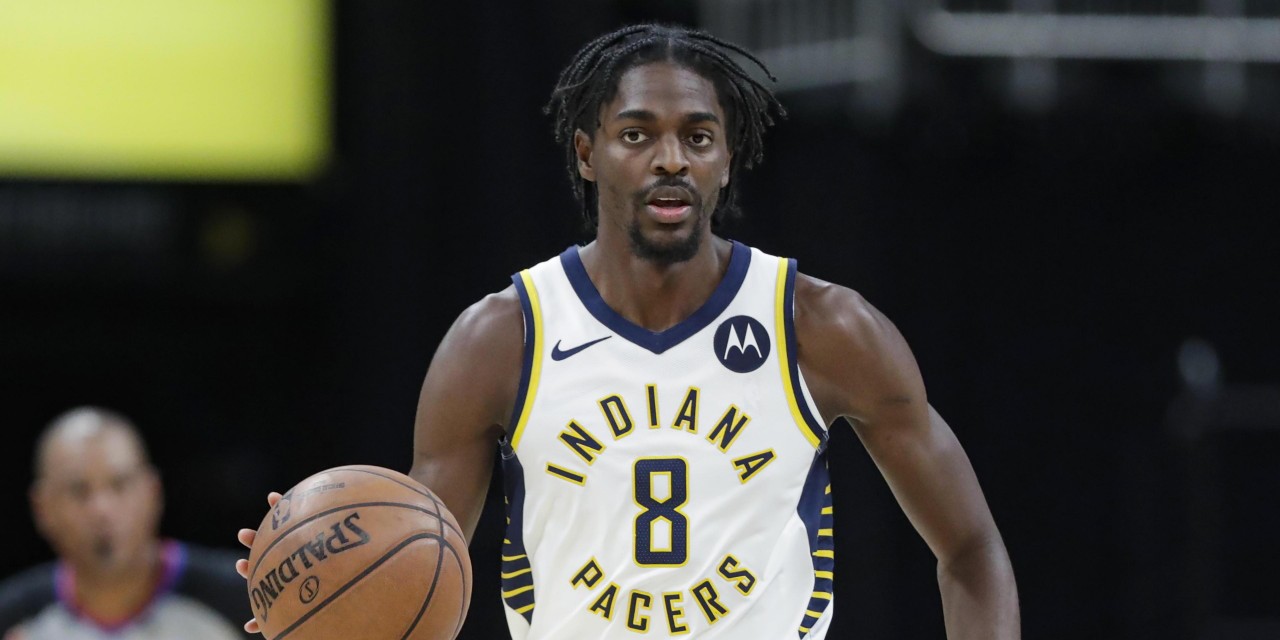 The Knicks were engulfed in several different rumors about potential free-agent pursuits, including reuniting with Carmelo Anthony and another former Knick.

What a week it has been. We have a new president after an election that lasted longer than the NFL Combine, and we unfortunately had to say goodbye to the truest definition of an icon.

A lot has been going on is my point, so do not be too hard on yourself for missing the latest basketball news. The most important news is that the NBA will be back for the holidays.

The players association tentatively approved the start of a 72-game season with opening night taking place on December 22nd, because while the NBA does care for its players more than most mega corporate entities, it still cares for money a little more. There was never any real doubt the league would punt away Christmas Day.

For the league to meet that deadline a lot has to happen between now and then. The only confirmed event remains the draft, which will happen on November 18th, with free agency coming some time after. To add to the craziness Adrian Wojnarowski said the trade moratorium can be lifted at some point before the draft, potentially opening the floodgates for absolute madness or, given the tight turnaround, one of the quietest offseasons in recent memory.

This abbreviated offseason should affect teams like the Knicks less than the bubble teams. Leon Rose has had eight months to plot out a myriad of scenarios while others focused on more pressing matters. Still, there is no clear way for the Knicks to approach next season. If the league pivots to a baseball format with more division games the Knicks would be well positioned for the Cade Cunningham sweepstakes given their competition.

Making marginal moves on players they really love, mixed with some measured shots seems most logical, and the route the rumors surrounding the team have mirrored. The rumors have been fast and furious so let’s get you caught up to speed because the next few weeks will only feature more news.

Christian Wood will be a top target for New York when free agency begins in a few weeks. This should come as no surprise. SNY’s Ian Begley was on this as far back as March when he said the team was enamored with the stretch four. The Knicks kept an eye on Wood after the trade deadline and for good reason.

Wood is the same age as current power forward Julius Randle, only Wood is the type of player that Steve Mills and Scott Perry proclaimed Randle would be. Wood averaged close to a double-double after becoming a consistent starter (22.8 points and 9.9 rebounds per game), but the key difference is Wood is a far superior outside shooting option.

The hope was that Randle would continue his shooting progress from New Orleans, but that is not Randle’s bread and butter. Wood on the other hand 38.6% from deep last season and 40.0% as a starter. There is no question that Wood would coexist with Mitchell Robinson much easier than Randle did, but how does the team move on from Randle?

Madison Square Garden could become the unofficial Kentucky alum house. One of the low-cost, low-risk free agents the team could target is former UK wing, Michael Kidd-Gilchrist. 2012 me is absolutely ecstatic at this news; 2020 me, is more cynical about the move.

Kidd-Gilchrist checks most of the boxes that would explain the team’s interest: he has the Kentucky and CAA ties, is a smart defender, and a former lottery pick. The team has taken these measured signings with varying success. Emmanuel Mudiay, Mario Hezonja, and Noah Vonleh went on to find another contract, but none had staying power. In all likelihood MKG would be more of the same.

In a cruel twist of irony Kidd-Gilchrist could be the defensive spark plug to offset the offensive-minded Carmelo Anthony, another target in which the team remains interested. For those who do not understand the irony:

If the team does opt to go the lottery reclamation route it could show their hand as to what the plan is for next season. Hint: it will look a lot like last season.

Justin Holiday was a bit of a fan favorite during his time in New York, and is a much better option if the team wants to add a defensive-minded player. Holiday played for Thibodeau in Chicago and offers a little bit more on the offensive side of the ball than Kidd-Gilchrist.

Holiday quietly shot 40.5% from three last season giving him a clear role to fill in New York: play defense and shoot some threes. It would be surprising to see Wayne Ellington back, and Reggie Bullock could be better served playing meaningful basketball.

The Pacers are expected to have interest in bringing Holiday back to Indy, but the Knicks could still find their way into the mix, with the opportunity to add a solid two-way player.