Monday Musings: Tim Hardaway Jr. is Better Than You Think 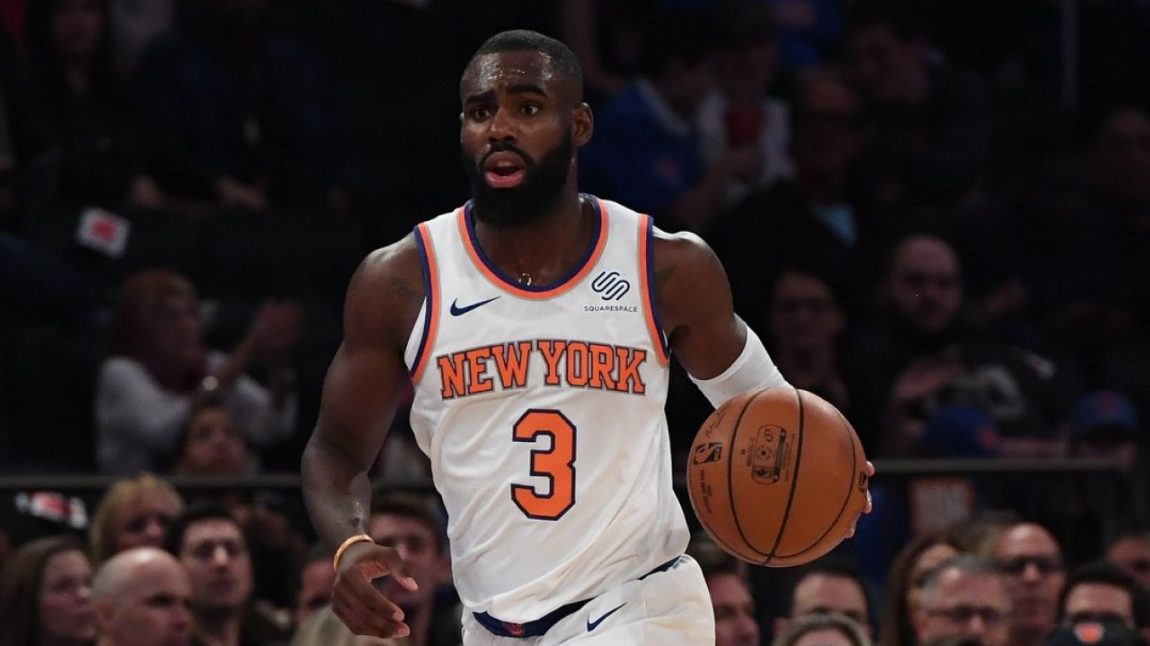 The $71 million man draws the ire of some Knicks fans for erratic play and questionable shot selection. Does Hardaway deserve that criticism, and in what way can the Knicks use him an as asset moving forward?

Tim Hardaway Jr. has become a punching bag of sorts for a portion of Knicks fans and some in the media. There’s an idea permeating that it might even be smart to just to dump his contract in an effort to open up cap space for free agency next summer.

Full disclosure: There were several instances in which I’d have been categorized in the group above.

I didn’t want the Knicks to draft Hardaway Jr. in the first round of the 2013 NBA Draft and I didn’t think he was particularly good during his first stint with the organization. When New York president Steve Mills decided to bring him back to the team on a four-year, $71-million contract, you bet your ass I was right there with everyone else getting these jokes off. I eventually settled in at a place where I thought it was a bad deal, but not a Joakim Noah-level albatross.

I became comfortable Hardaway would end up being worth somewhere in the range of what the Knicks had paid him once getting acclimated to his game again after two seasons away with the Hawks. This isn’t an end-all be-all but to at least show I’m not a complete lunatic—fivethirtyeight.com’s CARMELO projection for Hardaway is five years, $73.4 million.

Over the next three years when Timmy is under contract the net worth is basically identical:

When Hardaway came into the league, his best skill was his three-point shooting, and he wasn’t even particularly impressive from deep. He didn’t contribute in any other area. This reputation has stuck with him and now undervalues the well-balanced game he’s developed.

Timmy was one of 10 players that played 30 minutes or more last season to have an assist percentage and defensive rebounding percentage over 10 percent with a turnover rate also under 10 percent.

Starting to work on a story and I’ll drop this little bit of info. List of players last season that played over 30 MPG, had a AST% & DREB% over 10 and a TO% under 10: pic.twitter.com/KlPTqE3kv0

It’s important to be realistic here—Hardaway is closer to Justin Holiday than anyone else on the list, but I’d also say he’s significantly better than Holiday. Hardaway providing some value to the Knicks last season despite being subpar from three was a great example of the strides he’s made as a player.

Imagine if he’d simply just shot at his career norm from behind the arc:

A lot of what’s mentioned in the sentence above gets overlooked when analyzing Hardaway’s previous season. He was going through an entirely new experience, and despite the drop off in efficiency he did it pretty well.  It was the first time in his career he had played over 30 minutes per game and was a full time starter (30 games previous high twice).

To see how his offense shifted took a little bit of digging.

It’s hard to see much a difference between the two in this context but if you take a look at how Hardaway was actually scoring is where things get encouraging.

For the first time in his career, Hardaway was starting to score a higher percentage of his points unassisted versus assisted. This would naturally lead to a drop in efficiency as he was being asked to do more on his own because of the lack of talent around him.

The start of this upcoming season is most likely going to be the last time Timmy will ever be the best offensive player on the team he plays for. The return of Kristaps Porzingis and development of Kevin Knox and Frank Ntilikina should allow the Knicks to form a better balance between what THJ did in 2017-18 and the previous two seasons in Atlanta.

Hardaway’s skill set fits exactly what new head coach David Fizdale wants to accomplish with pushing the pace and shooting more threes. As a team, the Knicks played at a pace of 99.6 last season, but that jumped up to 101.1 with Hardaway on the court. When Timmy played, New York scored 25 percent of its points on threes and 9 percent from fast breaks compared to 22. percent and 7.5 percent, respectively, with him sitting.

Developing young talent is about more than just sticking youth on the floor and rolling the ball out there.

New York needs someone like Hardaway to handle a reasonable amount of usage that allows Knox, Ntilikina, Mitchell Robinson, and others to play within their proper context in a healthy way.

Hardaway can also shift into a secondary creator/ball handler as the Knicks look to let Knox and Ntilikina experiment with initiating the offense themselves. Someone with this flexibility that won’t create a stink shifting between those roles has significant value to the Knicks this upcoming season. Not to mention he’ll be only 26 years old and can possibility be a member of the young New York core himself.

This isn’t to say there’s never going to come a time when the Knicks might need to move on from Hardaway. If the Knicks are somehow lucky enough and Kyrie Irving and Jimmy Butler both want to play for them, then they can deal with the situation at the time. A sign-and-trade is possible. Dumping contracts is possible.

There’s no reason to disrupt this season with an influx of players that have no future in New York when there is no guarantee you’re getting anything better than Hardaway during free agency next summer. There’s going to be an abundance of teams with cap space and not enough top-level free agents to go around. Finding a place to send an clear-cut starting level shooting guard will be a pretty reasonable act to accomplish if that point needs to be reached.

Trading a basketball player that has value to your organization for nothing but the hopes and dreams of bigger things that aren’t guaranteed to come to fruition is a scenario I’ve seen before. The Knicks have recently started to operate like a franchise that has learned from earlier mistakes. Lets not start reverting back to the bad habits now.