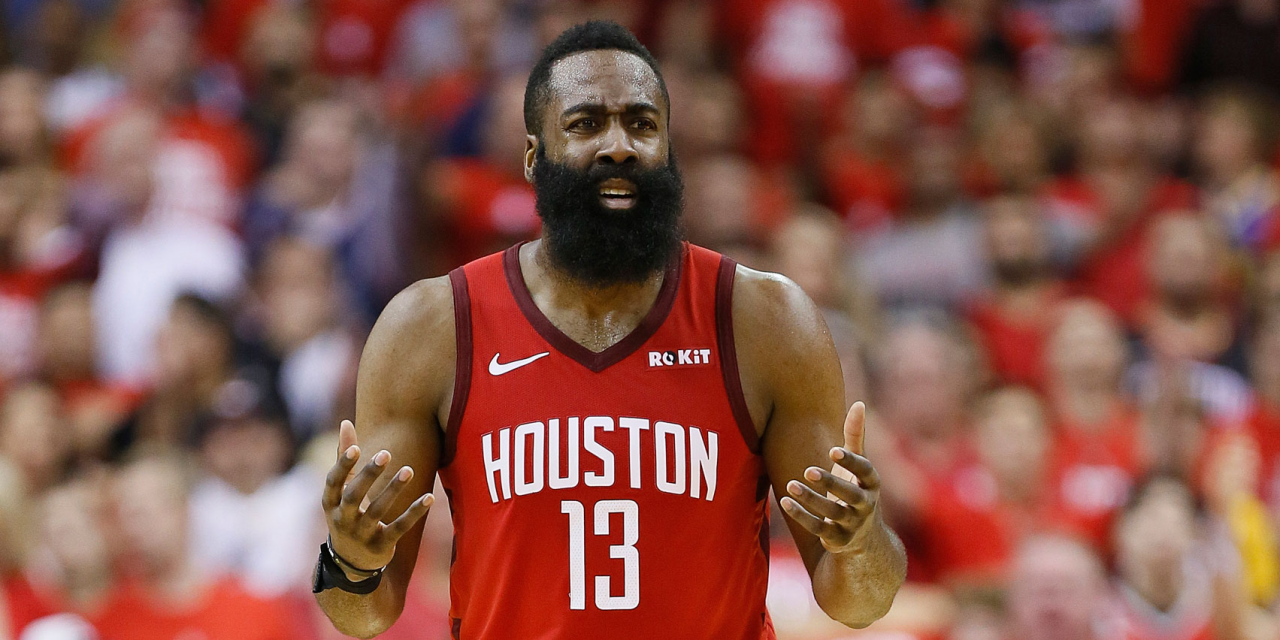 James Harden is suddenly on the trade market and the NBA is about to explode this week. Monday Musings takes you through top star candidates for the Knicks.

The NBA wasted no time jumping into the offseason frenzy. At this point, the offseason has surpassed the regular season in entertainment value and could catch up to the postseason if it keeps its current breakneck speed.

Dennis Schröder is already a Laker. James Harden playing his home games in Brooklyn is a remote possibility. And again, this is just through Sunday night; this is still the warm up. This week, beginning with the trade moratorium (officially) opening up on Monday, the draft on Wednesday, and free agency on Friday has dawned and even more compressed wild offseason.

Leon Rose and Tom Thibodeau begin their marriage having to destroy and rebuild a queer-fitting roster. The slow and steady approach sounds prudent, wise, and trendy, but this is after all New York—and the Nets continue to make a lot of noise. The simple possibility of a Harden trade should be enough to enrage James Dolan.

Thibodeau will no doubt have patience with two guys he must have had interest in coaching, Mitchell Robinson and R.J. Barrett, but would also like to win some games. Chris Paul was long-rumored a target who would satisfy that very need, but the market for the Point God has begun to form and the Knicks could be outgunned quickly.

Russell Westbrook has been the trending rumor who could also satisfy that win-now additions Thibodeau asks for in return of developing the young core. Westbrook is far from the only big name expected to be rocking new threads this season.

The Knicks are in a great spot to sit back and let the action come to them. They have the ability to open the checkbook and eat a bad deal for an incentive. When the front office whiffed last summer, the big spin was flexibility to pounce on a huge deal if it presented itself. That remains true, so hats off to Scott Perry and Steve Mills for that, at least.

Rose can put that flexibility to immediate use. Like I said, there are other star-caliber players available right now—and more could become available by the minute. Rose has played it close to the vest; no one knows for certain who the first-time basketball executive likes or how he prefers to improve the roster. If he happens to be in the market for a star player as many predict he is, this should be the pecking order of priority.

Chris Paul remains a high priority for New York for every reason under the sun. Paul adds a player-coach, locker room presence, and generational floor general. The last time the Knicks had a point guard of Paul’s ilk was Clyde Frazier to put into context.

The market for Paul has started to form and the Suns’ presence is immediately a threat to the Knicks. If Rose was unwilling to include Kevin Knox in a deal, it’s hard to envision Rose trumping a Suns offer centered around Kelly Oubre Jr. Hopefully the arrival of playoff contenders serves as smelling salts and all reasonable options are on the table.

Draft capital remains the most precious commodity Rose owns, so parting with Knox and/or Dennis Smith Jr. has to be assumed. Julius Randle could come in handy should too as the price for Paul climbs.

If reports of the Westbrook interest to leverage OKC hold any merit, it only serves as another example that landing Paul is priority number one.

Another player that should be near the top of Rose’s list is Kevin Love. The Golden State Warriors are already in the mix for Love, who the Cavaliers are ready to move on from as they look to draft the electric Obi Toppin. Love is owed approximately $91.5 million for three years.

The Knicks can absorb Love easily, but would have to part with a draft pick or two, and one of the Frank Ntilikina, Knox, Smith or possibly Ignas Brazdeikis group. Love would be worth the price and he is an ideal fit alongside Mitchell Robinson and Barrett and leaves room for the team to add another max salary.

The riskiest trade with highest long-term ceiling is Victor Oladipo. The risk is Oladipo can walk for nothing at the end of the season. That uncertainty does bring down the price, depending what the market turns out to be.

Oladipo’s market has yet to fully form so there is a whole lot of unknown what the cost would be, and if Oladipo was worth it. When Oladipo is right he can give you 20 points a night and play top defense. Oladipo is still on the recovery from a nasty knee injury so what he brings to the table is just as mysterious as his price. Oladipo has not recaptured the magic of his first season in Indiana, but could just not be a top option, instead a second or third guy on a really good team.

If he comes cheap, Oladipo could join a free agent signing (Fred VanVleet perhaps) or another big trade (Love, Paul) piece to help forge a core with Barrett and Robinson.

The Ringer’s Kevin O’Connor said the Knicks had interest in Gordon Hayward. The injury risk you would fear with trading for Oladipo is amplified with Hayward. The Celtics clearly don’t need him anymore with Jayson Tatum ascending flanked by Jaylen Brown, Marcus Smart, and Kemba Walker.

Hayward does have a player option for $34 million, so he could technically become a free agent if he wants. But again, injuries. Hayward opting out would be a pretty ballsy bet on his part, that could end up benefiting the Knicks. Instead of paying Danny Ainge anything they could give Hayward a front-loaded two- or three-year deal.

The appeal to Hayward revolves around shooting and scoring in general. A 20-point scorer who also happens to be an above-average three-point shooter is everything this roster needs. Hayward would take pressure off R.J. immediately and help a team in desperate need of scoring.

TKW’s Quentin Haynes did a great job fleshing out the trade itself, so we know the general cost at which Westbrook comes. It is reassuring that Rose’s interest hinges on Westbrook coming as a convenience to Rose, not the other way around.

While I will admit the first season I would talk myself into Russ leading the Knicks back into watchability, I know it won’t end well, because if you think this has a happy ending you haven’t been paying attention.

Russ would be similar to adding Amar’e Stoudemire back in 2010. The hope would be his first year will reignite a fan base waiting to erupt and lure a bigger, younger name to New York. The problem is Westbrook has more than a year on his deal—he has three, with the final year being a $46.6 million cap hit.

Westbrook as an individual player would be a welcome sight. His fit with Barrett is where this really hits the skids. And no, I am not at all suggesting Barrett is even close to the level of player where he dictates momentous roster moves, but the fit would be that bad.

Congestion was a major problem for the Knicks last season, and a reason Barrett took so many tough shots in the halfcourt. Westbrook doesn’t solve any of those concerns. Teams would be able to pack the paint against a Barrett-Westbrook backcourt. The best care scenario would be Barrett taking a serious leap as a shooter.

Yes, I know, I am an idiot but hear me out. If the variety pack of “young” Nets players appeals to Houston, why couldn’t the Knicks just empty the clip for Harden?

Barrett, Robinson, every draft pick you can possibly take for the next five years, Frank, the deed to Madison Square Garden, the masters to JD & the Straight Shot, take it all. Just give us Harden.

If Houston really wants to start over, which better team to bet against screwing up the remaining prime years of Harden? Owning multiple Knicks first-round picks has franchise-altering potential.

Now since we are already in an absolutely crazy space, here is how the Knicks can finesse this. The Stepien Rule would protect the Knicks from giving away their 2020 and 2021 pick. Try by sending Houston all the 2020 picks, let them go crazy with anything else, just stay away from 2021.

The 2021 class is so loaded that if the season gets away from New York, tell Harden to do what LeBron did in his first season in L.A., chill. The Knicks stink, pick up a better draft pick and you’re on your way.

Okay, maybe that’s a bit too crazy, but that will be the theme of this week. Embrace it and enjoy it. The Knicks are back.

»READ: Why Jrue Holiday should be on New York’s radar