Monday Musings: The World Misses the Knicks, for Several Reasons 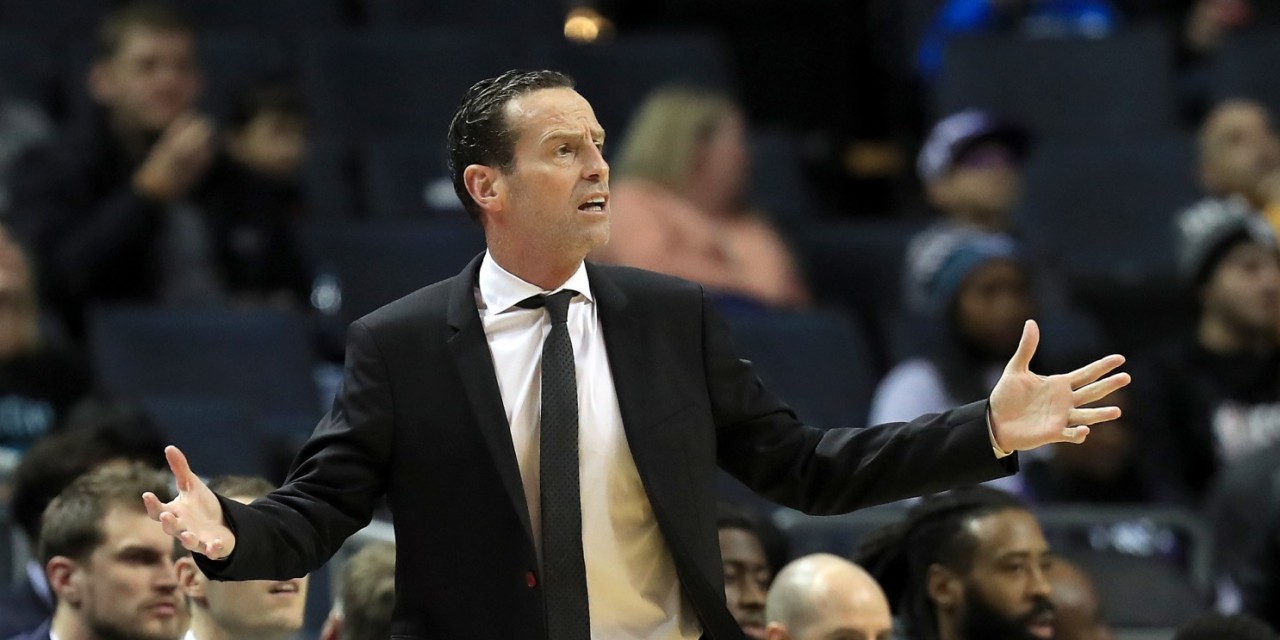 The Knicks had their rear ends kicked in this past week, some fair some not so much. But it’s evident that the world misses them.

Any vice—alcohol, gambling, smoking—is tough to give up cold turkey. Just one small taste and, boom, you’re back off the wagon. That is what is going on with the world and the New York Knicks.

We are now 107 days into the COVID-19 pandemic. The pandemic has taken many things away, laughing at the Knicks among them. All it took was one misstep and the random Knicks news was back like it never left.

The relapse started, innocently enough, with legitimate criticism. In the aftermath of the George Floyd murder, and slew of protests, just about every single team put out a statement of solidarity with their players. A press release for the Knicks is like Mitchell Robinson catching a lob, a piece of cake. Only an official statement never came out.

Instead of issuing a statement—which would finally be done on June 9th, nearly two weeks late and the last team to do so—an internal email leak explaining why the team felt they should not have to release a statement made rounds. The bland statement last week is not the point of contention. It’s the fumbling of the situation as a whole, starting with that email going out in the first place.

I have just been told that dozens of disgruntled MSG employees are currently meeting, without Jim Dolan, to discuss Dolan's internal memo and position on this subject. It's the equivalent of a players-only meeting, except it's the non-player employees meeting. https://t.co/1Cm8DR4YDQ

This drew rightful ire if not for the fact it was insanely tone deaf to not put something out. It was also insanely Knicks. All the team had to do was put out a generic statement, and they managed to screw that up. And once the opportunity to chide the Knicks presented itself, folks came out like the Avengers during the final battle in Endgame ready to slander.

First up we had Brian Windhorst, who seemed to believe Kevin Durant would be a New York Knicks 12 months ago for the record, had this to say:

"The Knicks … approval rating amongst players is so low right now, it's devastating for their hopes to appeal to [free agents] going forward."

—@WindhorstESPN on the statement released by the Knicks on racial injustice. pic.twitter.com/ISRBwAjw1J

Spike Lee went a step further, comparing Dolan’s reluctance to side against police brutality to President Trump’s refusal to condemn protesters in the “Unite the Right” protest in Charlottesville, Virginia. Lee has reason to pile on after the odd entrance gate incident earlier this year, but he is not off base—the statement and overall handling of the situation felt eerily “All Lives Matter”-ish.

Someone who was off base on Knicks slander, if you can even call this that, was the New York Times’ Marc Stein. For the record, I always felt he had this odd glee that the Knicks absolutely whiffed on two stars, which I have yet to connect the dots on, but I digress. Stein came from the clouds to release a mini-thread that had about as much in common as a New Yorker and an Amish person.

Was Stein throwing some subtle shade Steve Mills’ way, inferring that missing on Durant is the reason he got fired? Either way, Stein knew what he was doing. The news cycle is dry, the best form of entertainment New York City can now be found at City Hall, and some people just can’t deal. Stein’s shot still doesn’t make sense and was poorly executed.

If you are going to beat a dead horse you better use a sledgehammer. Which brings us to Ramona Shelburne, who opted for Thor’s hammer with this one.

That tweet was as cold blooded as Dame’s wave off against OKC. It’s not enough that the Knicks remain without a star; the fact Damian Lillard thought he would be a Knick is yet another shot to the groin. It’s something I could have happily lived never knowing.

But as ruthless as Ramona was, she cashed on the classic “star player loves playing in Madison Square Garden, thought they would play for the Knicks” story. Just about every star in history—Kareem, MJ, Kobe, LeBron, Steph, Durant, Davis—have their almost Knick story, so this isn’t a massive scoop but a reminder of what normal times feel like.

We all need someone or something to point to and criticize to escape from our lives, and for years the ‘Bockers have taken on that tough task. And now that they are gone, and will remain out of the news until early fall, they will be missed.

Admit it, you’ll miss them too.

The road back to success for the Knicks will be driven by how strong their scouting is. Leon Rose has aggressively recruited in that department, landing Walt Perrin a few weeks back and this week by adding scouting prodigy, Alex Kline.

The 26-year-old Kline spent the last four years with the New Orleans Pelicans, and like the Perrin hire, has garnered a universal thumbs up from the draft community. Kline seems to have a great blend of knowledge and relationship building—two areas the Knicks have struggled in.

Most importantly, Kline is embedded in the AAU circuit  dating back to his start, which in effect gives him the eagle eye on the future, probably knowing names like Cade Cunningham, Emoni Bates, and Jalen Green well before the rest of us.

With Kline now in the fold, Rose has quickly revamped a key department within his front office. The combination of Perrin and Kline could be a Jedi master-padawan relationship, and maybe Kline eventually takes over the scouting department down the road.

The common theme with all of Rose’s hires is they have good relationship-building skills and have good reputations. It’s no secret the Knicks struggle with reputation, so the infusion of guys like Kline, Perrin, Frank Zanin, Brock Aller, and Rose himself can begin to change that.

Tom Thibodeau was all but sworn in as the next head coach a week ago, to the pleasure of some and disdain of others. If you found yourself in the latter crowd, you received some good news this week.

SNY’s Ian Begley reported that Kenny Atkinson has legitimate internal support to become the next head coach. If true, this is a sign that there are indeed functioning brains within that front office now.

In the interest of time I will not elaborate why I favor Atkinson (you can read that here), so here is the condensed version: as great as Thibs is—please don’t conflate support for Atkinson as a slight of Thibs—Atkinson has more experience with the team the Knicks currently are, and that is the reason for Atkinson’s internal support.

With regards to Atkinson, the support among some at MSG for the former Nets head coach stems, in part, from the success he’s had developing young players.

As a head coach in Brooklyn and an assistant with New York and Atlanta, Atkinson built a reputation as one of the top player development coaches in the NBA.

There is no reason for Rose to rush to a decision, but who he chooses as his next head coach could tip his hand as to what he does during the abbreviated offseason. If Thibodeau is hired, expect another infusion of veterans. But if it’s Atkinson? We can finally see a true rebuilding year with the full young core seeing major minutes.

Too Good to Be True

We started Musings on a silly note, so why not end it silly?

I will not get into the Kyrie Irving situation too much. He is absolutely within his rights to not want to play amid what is going on in our country.

When Irving signed with Brooklyn, bringing Kevin Durant with him, I said Kyrie would retire out of the blue and leave Durant alone in Brooklyn. When I initially said that, my sodium chloride levels were through the roof, but it is suddenly a legitimate possibility.

Irving has been bearing the brunt of a legitimate claim, with even Adrian Wojnarowski coming after him. Woj is like that assassin from Scarface: if he is coming after you, chances are you are going down. Could this media-fueled crusade against Kyrie cause him to say “screw this, I don’t need basketball,” and leave Durant with Spencer Dinwiddie as his number two?

When it comes to Kyrie Irving, nothing should be left off the table, and before I let you go here is something to think on: if Durant wants to come to the real New York team, should the Knicks make a move?

Until next week, folks.