Motivations Behind the Kristaps Porzingis Trade Revisited and Dissected as Knicks, Mavs Meet 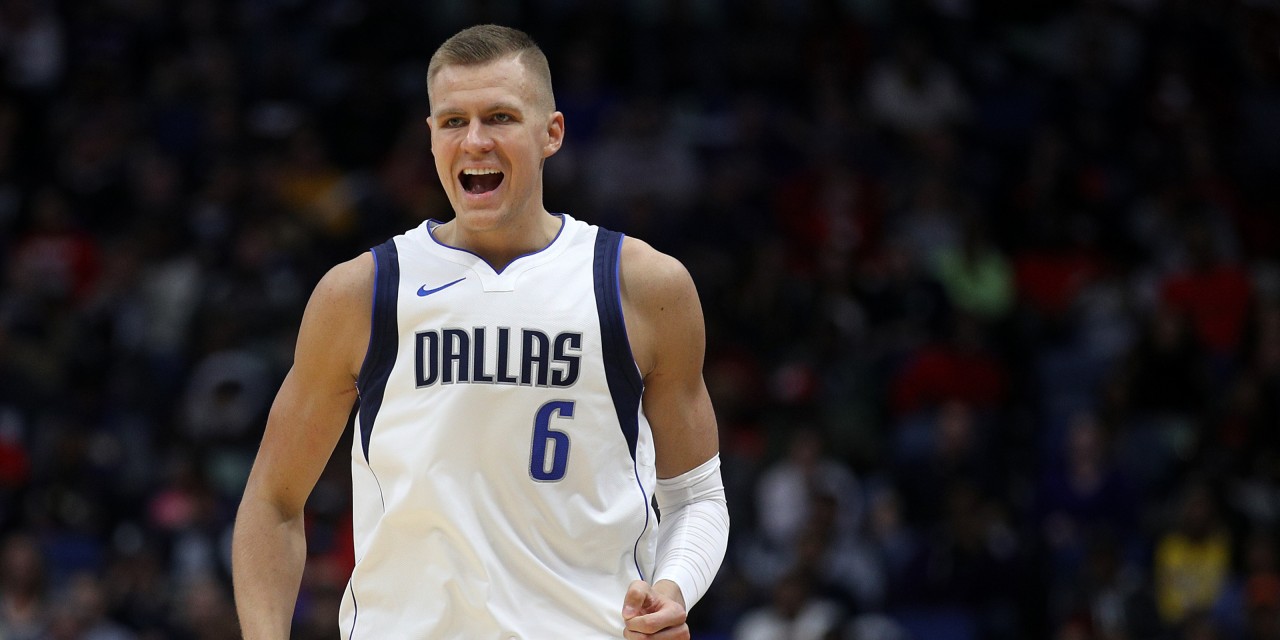 While we still don’t have a complete picture of the winners and losers of last season’s Porzingis trade, the emergence of new details ahead of New York’s trip to Dallas reveals another layer to the story.

The Knicks and Kristaps Porzingis will meet tonight in Dallas for the first time since the two parted ways last January.

In the immediate aftermath of the trade the Knicks appeared to receive a good return, crucially ridding themselves of a player who no longer wanted to be a Knick. Steve Mills and Scott Perry made sure that last part was crystal clear; it was Porzingis who wanted out of this marriage, not the other way around. A few months have passed, and it appears that Porzingis did not want out.

In his latest column, SNY’s Ian Begley confirmed that Porzingis did indeed ask for a trade, but that he was fully invested in staying in New York mere weeks before a deal materialized. Porzingis and the team had never been on the same page following the now infamous skipped exit meeting in 2017, contradicting the message the front office was spinning before January.

According to Begley, Porzingis’ issues extended beyond Phil Jackson, who was fired soon after the incident. Porzingis had his doubts on the Knicks’ ability to build a winning culture; this is consistent with an Adrian Wojnarowski story on immediately following the skipped exit interview.

David Fizdale was unable to mend the fence with his trip to Latvia, and failing to offer Porzingis a max extension prior to last season did the team no favors. Porzingis threatened to sign the qualifying offer to avoid restricted free agency in 2019 at some point, likely in January, which would put the Knicks at risk of losing him for nothing.

What transpired to bring things to that point, no one really knows. Only the four people who attended the five minute meeting prior to the trade—Porzingis, Mills, Perry and elder brother/manager Janis Porzingis—can answer that. The record time in which the deal was made remains suspect.

Mills and Perry said they had a framework for a deal prior to the meeting, and there are confirmed reports that they tried to trade him for De’Aaron Fox. Still, other teams were surprised by the abruptness of the trade, and wanted to make an offer of their own.

Reflecting on the Deal

To brush off the Porzingis deal as just another trade is moronic. Regardless of how you feel now, Porzingis is a star with legitimate superstar potential; a homegrown talent the franchise has lacked since Patrick Ewing. The Porzingis trade was, and will remain, a key event of the franchise’s recent history—the verdict of which is still pending.

It is still too early to consider either side winners or losers, but with the trade 10 months old and Porzingis back on the court, we can see who is ahead at the moment.

For Dallas it’s rather straightforward: they got the best player in the deal. They did pay a nice price, sending out a pair of first-round picks (unprotected in 2021, top-10 protected in 2023), and taking on the albatross contract of Tim Hardaway Jr. as well as veteran guards Courtney Lee and Trey Burke.

The return for the Knicks centered on Dennis Smith Jr. and cap relief to be spent on two max free agents—the latter of which did not happen. At the moment, Smith and the 2021 pick are the return on the best homegrown talent the team has had in the last 20 years.

Mills has done well in the public relations portion of the trade, but under a microscope, the deal has quite a bit of mistakes. Even the undeniable positive of the deal, cap relief, was erasing a baffling decision by Mills to give Hardaway a $71 million contract in the first place.

Then there’s the timing. As we now know, Porzingis’ qualifying offer threat was nothing more than that. He signed an extension with the Mavericks over the summer, an organization that was not one of his desired teams. Knowing that, it’s hard to fathom he would have passed on an extension if the Knicks had given him one.

No justifiable reason exists for this trade to happen as soon as it did. Because they refused to extend him to create cap space to chase Kevin Durant, the Knicks could have kept Porzingis heading into the summer. If their Durant dream did not come to fruition, they would have had Porzingis and a top pick as a fallback.

The Nets did the same thing with D’Angelo Russell, successfully executing their Plan A, and allowing them to cut bait with the guard—but they only did so once they had locked in Kyrie Irving. The Knicks could have followed this model with Porzingis. As the Begley article made clear, New York would have had offers if they wanted to trade him.

The haste of the deal stinks of Mills. Was he blinded by the potential of Durant coming to New York? Was he trying to rid himself of the Hardaway albatross? Those questions still need to be answered. Layers of this story are yet to be uncovered.

For now, we know that this situation could have been handled differently. If things stay as they are—if the Mavericks continue to be a good team, and Smith becomes nothing more than a rotational player—the Porzingis trade morphs from a small win to a massive disaster.