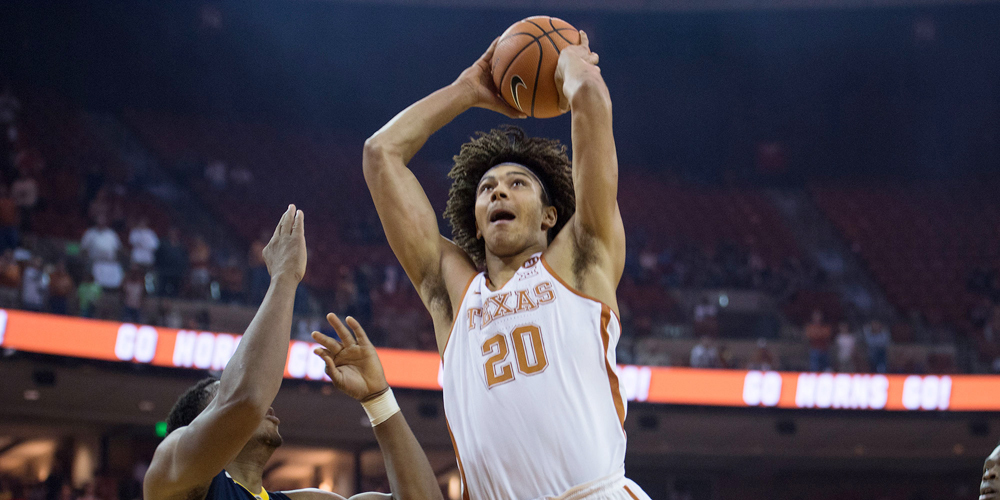 The Knicks finished the NBA Draft by taking a big man—Texas’ Jericho Sims with the third-to-last pick, the fourth selection of the night.

The New York Knicks selected Jericho Sims with the 28th pick in the second round (58th overall) in the 2021 NBA Draft. Sims, a senior from Texas, is a 6-foot-10 forward with hops.

Although picks this late rarely amount to anything significant, New York selected Sims, a 6-foot-10 22-year-old, in a position where they may need depth. In his senior year, Sims averaged 9.2 points and 7.2 rebounds while shooting 69.6% from the field. The intrigue with Sims is his other-worldly athleticism. His remarkable leaping ability will make him an effective lob option. It also gives him the potential to be an impactful interior defender while possessing impressive quickness which he can use to disrupt activity on the perimeter. Sims will have to translate these strengths to the next level in order to stick around because he doesn’t offer much else. He has roughly the same shot profile as Mitchell Robinson and shot just 52.0% from the free throw line.

The Knicks made their fourth selection in Sims on Thursday night into early Friday, albeit the Texas big man was New York’s only selection with one of their four original draft picks going into the day. The ‘Bockers traded no. 19 for a future Charlotte Hornets (protected) first-round pick, no. 21 for 25 and a second-round pick (via Detroit) from the Los Angeles Clippers, and no. 32 for 34 and 36 from the Oklahoma City Thunder.

It was an interesting draft for Knicks President Leon Rose, to say the least. With multiple maneuvering (last year’s draft saw several trades before and during the draft) again, the Knicks picked at 25 for the second year in a row, taking a guard. New York seemingly kicked the can down the road, collecting assets and another first-round pick in 2022 in order to take prospects still on their board further down the draft.

This story is breaking, expect the post to be updated in the near future.