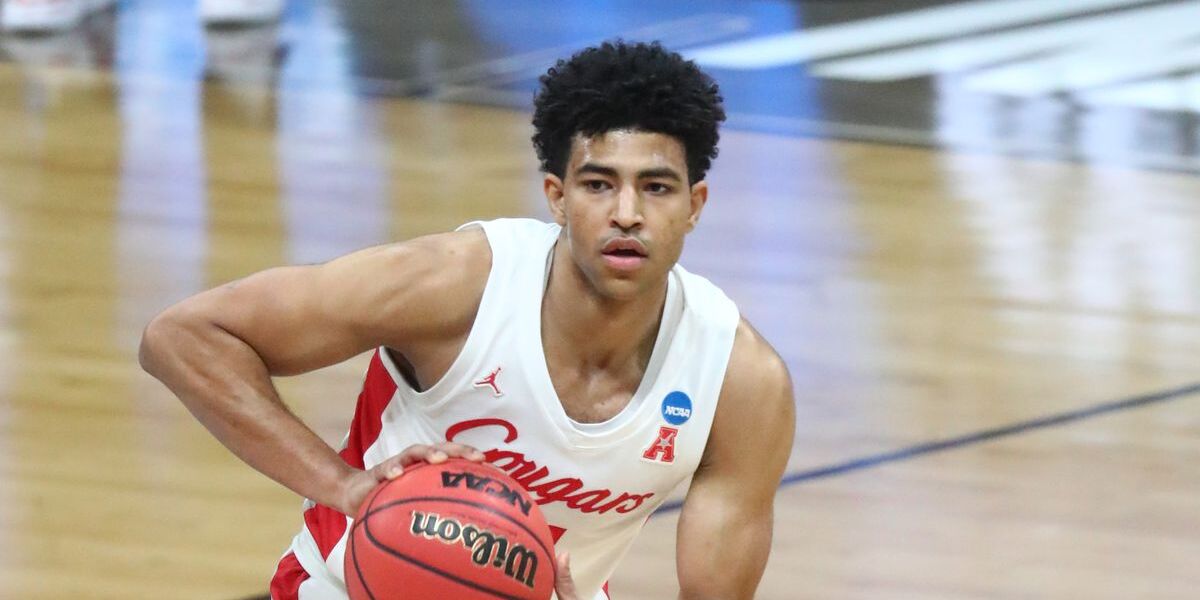 The Knicks are trading both the 19th and 21st picks in the 2021 NBA Draft and taking guard Quentin Grimes at no. 25.

Last season, perimeter scoring proved to be the Knicks’ Achilles’ heel. By selecting Grimes, a 6-foot-5, 21-year-old product of Houston, New York took a step to fix that while also adding a promising defender.

Grimes led Houston to the Final Four and averaged 17.8 points, 5.7 rebounds, and 2.0 assists per game while shooting 40.6% from the field, 40.3% from deep, and 78.8% from the free throw line in the regular season as a junior. He’s a marksman from deep, as he made 3.3 triples per game. Defensively, he has the strength to bother perimeter players and the awareness to wreak havoc off the ball.

The Knicks entered the 2021 NBA Draft with four picks, including three top-32 selections. They possessed their own first-round pick (19), Dallas’ pick (21), Detroit’s second-round pick (32), and Philadelphia’s second-round pick (58). While there were whispers that New York could package 19 and 21 to move up in the draft, no deal materialized, leading them to select Grimes at 25 (with 19 and 21 on the move).

One area of Grimes’ game that could use work is his playmaking. He also needs to tighten up his ball-handling in order to develop into a real go-to scorer. Still, he has the toughness, shooting confidence and defensive chops to be a high-quality ancillary player.

New York has several veteran free agents hitting the market when the moratorium kicks off on August 2nd. Swingmen Reggie Bullock and Alec Burks are chief among them, urging the Knicks to either re-sign one or both, replace them with draft prospect talent on the perimeter, or a combination of the two. The Knicks also possess some of the most salary-cap space among NBA franchises, leading the 2021 free agency to be an open book for team president Leon Rose and the front office, coming off of their first playoff berth in eight years.

Grimes is suited to be a productive wing in the NBA. He could find himself playing time right away, especially if the Knicks can’t re-sign Burks or Bullock. Regardless of how much time gets right away, Grimes will fit right in with the Knicks’ defensive identity.

The 2020–21 season saw the Knicks improve by 20 wins, clinch the fourth seed in the Eastern Conference, and see individual accolades such as Julius Randle earning his first All-Star selection, winning Most Improved Player, and earning a spot on the second-team All-NBA team. Second-year swingman R.J. Barrett took a leap in the right direction and guard Immanuel Quickley was selected to the All-Rookie Second Team, with first-year coach Tom Thibodeau winning Coach of the Year.

The Knicks will seek to attain more than just a playoff appearance next season, and the offseason starts with the selection of Grimes.