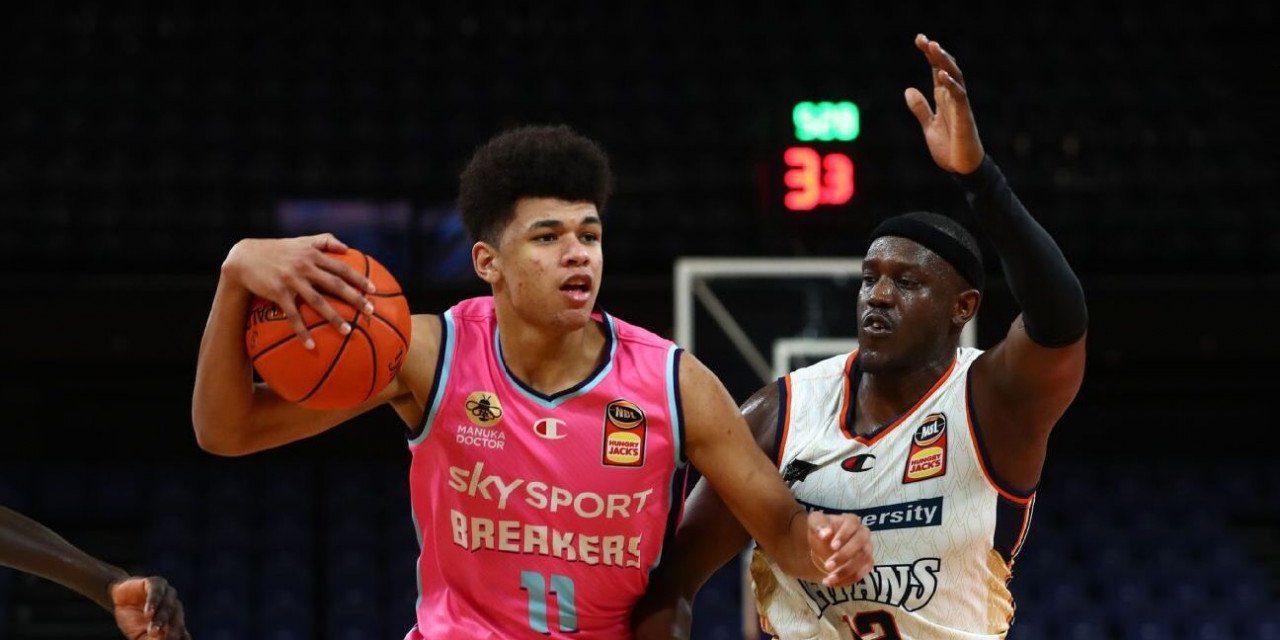 The Knicks selected French forward Ousmane Dieng 11th overall on behalf of the Thunder in the first draft-night trade of the 2022 NBA Draft.

With the 11th overall pick in the 2022 NBA Draft, the New York Knicks selected French forward Ousmane Dieng, then traded him to the Oklahoma City Thunder, per The Athletic’s Shams Charania.

The Knicks will receive multiple first-round picks from the Thunder in return, though ESPN’s Adrian Wojnarowski says the package does not include Jalen Williams, who the Thunder chose with the 12th selection.

Dieng, 19, is a native of France who spent last season with the NBL’s New Zealand Breakers. At 6-foot-10, Dieng impressed scouts with his ball-handling skills at his position. According to The Knicks Wall’s Nick Carannante, Dieng has potential on the offensive end, but his “shooting needs to improve dramatically.”

It is hard to believe in Dieng’s potential if you do not think the shooting will improve. While shooting is almost always going to be considered a swing skill for nearly every high upside project draft pick, very few players have less to believe in than the 19-year-old NBL rookie. The young Frenchman had exponential growth in the second half of his season and even with that “hot streak” he shot 27% from deep and only 66% from the free-throw line. These numbers are not going to convince anyone that the shooting will be able to translate to the next level, but for some people, the eye test will be enough to do just that.

The Knicks previously saw prized target Jaden Ivey from Purdue fall to the Detroit Pistons at no. 5. New York was very interested in Ivey, with Pistons fielding trade offers, but Detroit opted to keep the Purdue standout guard and team him up with last year’s number one pick Cade Cunningham in the Motor City backcourt.

There is still confusion over what appears to be a three-team trade between the Knicks, Pistons, and Charlotte Hornets, who agreed to move the 13th overall pick, Memphis center Jalen Duren, to Detroit. New York also traded Kemba Walker to the Pistons, who will buy out the veteran point guard, says Wojnarowski.

Kemba Walker and the Pistons are expected to discuss a contract buyout that will allow him to become a free agent, sources tell ESPN. Walker landed with Detroit as part of three-way trade with Charlotte and New York.

New York possesses the 42nd overall pick—their next selection barring returns from the Thunder trade or any more draft-night finagling by Leon Rose and co.

The Knicks are receiving three conditional first-round picks from the Thunder, the NBA announced from the dais at the Barclays Center. According to Rod Boone of the Charlotte Observer, the Hornets are receiving the following picks for Duren.

Without further clarification, this looks like the Knicks netting one or two conditional first-round picks while shedding Walker and a first. For now, New York still has the 42nd overall pick in this draft.

Details on the picks the Knicks are receiving from OKC.

Sources: The draft picks that New York acquired from OKC in the No. 11 Ousmane Dieng trade:

Clarifying: The Knicks will also be acquiring the Bucks 2025 first-round pick in the Pistons-Knicks-Hornets trade, per league sources. The Pistons got that MIL pick from Portland in the Jerami Grant deal yesterday.

UPDATE: Here’s further clarification on all the maneuvering the Knicks made tonight, per ESPN’s Tim Bontemps:

What the Knicks did tonight:

Keep in mind that the netted three future first-round picks have heavy protections besides the 2025 Milwaukee one.