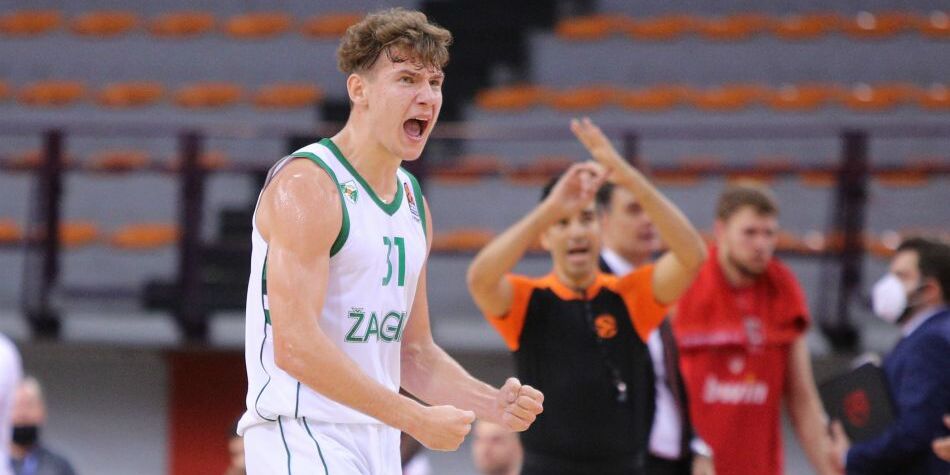 The Knicks traded the 32nd pick of the 2021 NBA Draft, taking Rokas Jokubaitis and Miles “Deuce McBride” at 34 and 36, respectively.

The New York Knicks are selecting FC Barcelona point guard Rokas Jokubaitis from Lithuania with the fourth pick in the second round of the 2021 NBA Draft (34th overall). They acquired nos. 34 and 36 from the Oklahoma City Thunder for no. 32, per ESPN’s Adrian Wojnarowski.

Even in the most successful season, the Knicks have had in nearly a decade, they were still in need of more impact from the point guard position. McBride, a 6-foot-2 20-year-old from West Virginia, has the talent to be impactful on both sides of the ball.

Last season, McBride averaged 15.9 points and 4.8 assists while shooting 43.1% from the field, 41.4% from deep, and 81.3% from the free throw line. He brings a nice blend of scoring and playmaking to the table. Deuce has a clean-looking jumper whether he’s shooting off the dribble or the catch. Defensively, McBride has the intensity, instincts, and length to wreak havoc on the perimeter. There’s a reason why, according to the New York Post‘s Marc Berman, Tom Thibodeau is a fan of McBride.

But, like all prospects, McBride’s game isn’t perfect. Even with his defensive skills, his height makes him less switchable at the next level. Offensively, he needs to settle for jumpers less and take it to the hoop more in order to leverage his playmaking in pick-and-rolls more and open up more scoring opportunities.

Even with the room he has to improve, McBride is a talented prospect and a terrific fit in a defensive-minded New York team. TKW’s Nick Carannante wrote that Deuce’s collection of defensive skills make him a safe bet to be impactful on that end of the floor at the next level:

“McBride will almost definitely be a good defender at the NBA level. It is just a matter of how high his defensive ceiling can be. His point-of-attack defense, ball denial, and team defense skills make him a candidate to be an elite guard defender at the next level. This is a player that is built to make opposing guards miserable with extreme activity on defense and will make himself known because of that activity leading to blocks, steals, deflections, and denials.”

McBride has the playmaking and pull-up shooting skills to play point guard but might be better starting off as a wing on offense, as his driving ability needs work. Regardless of where he plays, his blue-collar defense will make him an impactful young player and potential fan favorite in New York.

In the EuroLeague last season, Jokubaitis averaged 7.0 points and 2.5 assists while shooting 44.8% from the field and 38.8% from deep. Rokas is a skilled scorer and playmaker. He makes good reads on passes and is a crafty finisher. He can also shoot rather well, particularly from the mid-range.

Jokubaitis offers a lot on the offensive end but not nearly as much on defense. He also isn’t a very intriguing athlete, so his bag of tricks may not work as well at the next level as they did in Europe. If he can find a way to improve his deep-range shooting and figure out how to be a passable defender, he can be a productive NBA guard.

TKW’s Nick Carrannate also wrote that Jokubaitis is a versatile, well-rounded guard, which should allow him to find playing time sooner rather than later:

“Jokubaitis’ versatility is one of his selling points as a prospect; at a young age, he has already shown the ability to play on- or off-ball. While he has proven himself a good ball-handler in the pick-and-roll situation, he also moves well without the ball and is an intuitive cutter. This allows him to play either backcourt position offensively.”

Earlier tonight, the Knicks traded out of both 19 and 21, opting to take University of Houston shooting guard Quentin Grimes at no. 25 after handing 21 to the Los Angeles Clippers for the later pick and a future second-round pick (via Detroit). New York sent 19 to the Charlotte Hornets for a protected 2022 first-round pick.

Despite entering the 2021 NBA Draft with three top-32 picks, the Knicks only made one selection, Grimes, deciding to trade back to collect assets. There were rumors that New York could trade up earlier in the draft in order to take Oregon sharpshooter Chris Duarte. The New Orleans Pelicans selected Duarte at no. 13 and no trade materialized. Additionally, the Knicks were reportedly interested in Florida point guard Tre Mann, who went to the Oklahoma City Thunder at no. 18.

This story is breaking and has been updated.