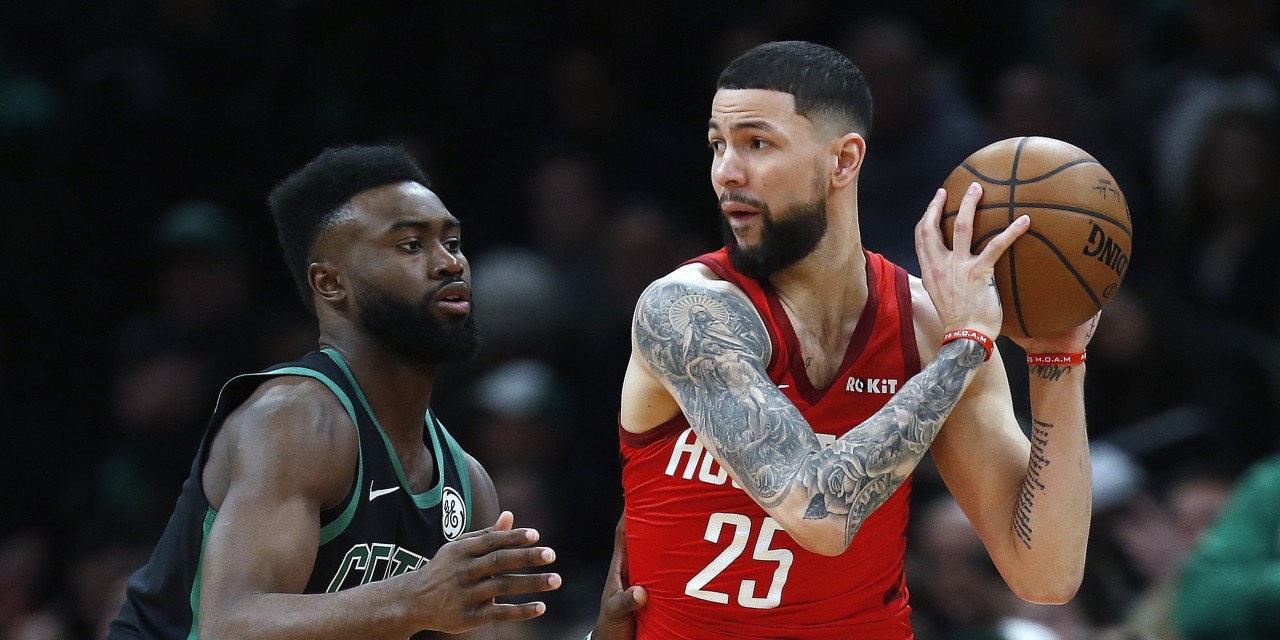 Free agent guard Austin Rivers reportedly agreed to a three-year contract with the Knicks on Sunday, totaling the team’s roster at 15.

One year deal for Rivers, per source. https://t.co/mfOQ2XZYCH

Rivers, 28, joins the Knicks as another veteran alongside point guard Elfrid Payton (re-signed), center Nerlens Noel, and shooting guard Alec Burks. The Knicks also acquired big man Ed Davis, who possesses one year left on an expiring deal, essentially reshuffling the deck again after the 2019 offseason saw the team use their mountain of cap space to acquire vets on short-term deals.

While Payton, Noel, and Burks signing one-year deals, Rivers’ three-year contract sticks out for the length.

The Knicks acquire the combo guard Rivers, who will compete in the same division as his father, Doc Rivers (who spent two-plus seasons with New York in the 1990s), as the NBA champion coach left the Los Angeles Clippers for the Philadelphia 76ers this past offseason. Continuing with the family affair, Rivers the elder’s son-and-law and Austin Rivers’ brother-in-law guard Seth Curry (brother of Stephen) was traded to Philadelphia.

The Knicks’ 15-man roster is now full with Rivers on board. Exiting the team in the offseason was Taj Gibson, Kenny Wooten, Bobby Portis, and Wayne Ellington. New York re-signed Elfrid Payton and retained Reggie Bullock and signed Burks, Noel, and now Rivers along with trading for Davis.

At the 2020 NBA Draft, the Knicks selected Dayton power forward Obi Toppin with the eighth overall pick and acquired the draft rights of Kentucky guard Immanuel Quickey at no. 25. The ‘Bockers also signed undrafted free agent Myles Powell out of Seton Hall.

The opening night starting lineup for the Knicks is still to be determined, with perhaps only rising sophomore swingman R.J. Barrett and veteran Randle slated. Rivers and Payton will compete for the starting lead guard role and Bullock and Kevin Knox will contend for the small forward position. Mitchell Robinson, one would think, should start at center, but as we saw last year, the budding big man always seems to have competition; this year it’s Nerlens Noel and perhaps Ed Davis.

(It should be noted, the Knicks are rumored to be interested in trading for Los Angeles Lakers center JaVale McGee, who could be the third man out of the center rotation on the west coast with champion Marc Gasol linked to L.A. Should the Knicks acquire McGee they could likely waive him or Davis or Noel.)

The Knicks have emerged as a potential trade partner for the Lakers in a JaVale McGee deal, league sources say, as LA explores its various options

If talks progress, New York would surely require at least one additional asset from the Lakers to take McGee into salary-cap space

Opening night for the 2020–21 NBA season in December 22nd. The Knicks still have roster decisions to make under new head coach Tom Thibodeau.

This story was updated after publishing due to new information about the length of Rivers’ contract with the Knicks. Additionally, the Knicks traded Ed Davis for Omari Spellman, Jacob Evans, and a future second-round pick from the Minnesota Timberwolves.

Two things here: McGee was ultimately traded to the Cleveland Cavaliers in a salary dump.

Also, per SNY’s Ian Begley, the second and third years of Rivers’ deal with the Knicks are non-guaranteed.

The final two years of Austin Rivers’ three-year deal with the Knicks are non-guaranteed, per SNY sources. He has a three-year, $10 million deal, ESPN reports.