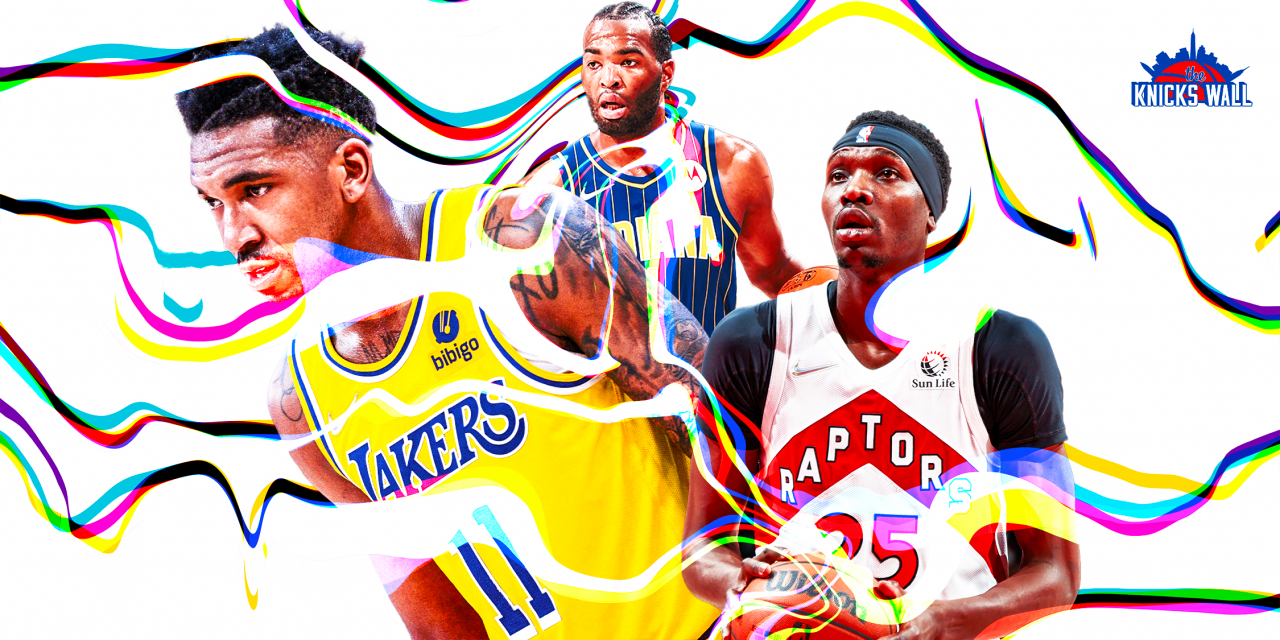 NBA free agency kicks off tomorrow, and with the Knicks expected to extend an offer to Jalen Brunson, who else can the ‘Bockers pursue?

Free agency is officially set to tip off tomorrow, but if reports are to be believed, the wheels are already in motion for some of the hotter names set to hit the open market. Last year, the New York Knicks accomplished most of their major moves within the first few hours of free agency, moves that they now find themselves almost universally regretting and trying to rid themselves of (maybe try to read the market first this time?). So let’s take a look at the Knicks roster, some of the players available, and gird ourselves for what’s shaping up to be yet another eventful offseason.

Signs point to the Knicks re-signing Mitchell Robinson to a multi-year deal, and according to SNY’s Ian Begley, the Knicks are also considering converting last year’s surprise story Jericho Sims to a guaranteed contract, while using a two-way contract to keep second-round pick Trevor Keels in the fold. There’s also the $110 million elephant about to enter the room.

That’s a pretty full roster, but all the rumblings point to Leon Rose and the rest of the Knicks brain trust not being content to rest on their… well, if not their laurels, then their mediocre roster. Everyone and their mother knows that the Knicks are going all-out in their pursuit of Jalen Brunson, including hiring his father, but it appears that even that major shake-up won’t mark the end of their moving and grooving. The Knicks cleared $30 million with the trade of Alec Burks and Nerlens Noel, leaving room enough for another move beyond Brunson. As of yet, there hasn’t been much noise about Fournier or Rose, though that may change as we get deeper into the offseason. There are whispers of pursuing the Spurs’ Dejounte Murray even after signing Brunson, a fit that makes a lot of sense on paper except for one thing…

Jalen Brunson is a very good player, but his midrange-heavy style isn’t the cleanest fit with a Knicks offense featuring three predominantly inside-the-arc players in Barrett, Robinson, and especially Randle, who is coming off a disappointing year following a hefty (but reasonable) contract extension. As such, there have already been mutterings about the Knicks exploring trade partners for the former All-NBA forward—but it’s worth mentioning that there are very few teams that would actually make sense as a trade partner for him at this current moment. It’s more than likely that, should the Knicks sign Brunson, they’re locked into a Brunson-Randle-RJ-Mitch core four for at least the next year.

Let’s say all goes to plan and the Knicks are able to move Burks and Noel into various teams’ cap space while waiving Taj Gibson (it’s nothing personal, only business). There’s still the question of who goes out to facilitate the Brunson deal, but let’s say for the sake of argument that the Knicks are looking at somewhere between $5.3 million (the room exception) and $11 million.

Even if Rose were to be involved in the sign-and-trade with Dallas, the Knicks are stacked at both guard spots. The forward spots are relatively set with Barrett, Reddish, Randle, and Toppin, though a third-string(/second-string if Cam is moved) small forward could be useful if they don’t intend to retain Feron Hunt. What the team could really use to round out the roster would be a relatively low-cost big man who can offer something outside of the rim-running that both Mitch and Sims excel at.

A few options that come to mind:

Smith had his third-year player option declined two years after the Suns made him a lottery pick, making him an unrestricted free agent at just 22 years old. Given real minutes for the first time, with the Pacers this season, he started to show a bit of why the Suns liked him enough to take him 10th overall in 2020. In 22 games following the trade, he averaged 13.4 points, 7.6 boards, and a block in just under 25 minutes while shooting 37.3% from three on 3.8 attempts a night. For a team that needs as much spacing as it can get, Smith would be a fantastic mix-and-match fit with any and all of their big men, given his ability to play the 4 or 5. The question is, after losing out on what I’m sure was expected to be a sizable second contract after being a lottery pick, what kind of deal is he looking for? Would Leon Rose be able to woo him with offers to prove his worth under the bright spotlights?

All Stix needed was an opportunity!

The 24-year-old seven-footer Hartenstein is a barely-contained secret just waiting to be revealed. Though a career backup to this point, there’s real starter potential there. He’s a very good passer—I mean, like, a really good passer—a good defender, and while he doesn’t have a long track record as a shooter, he did shoot 14-for-30 this season while posting a nearly 2:1 assist-to-turnover rate. He’s got a nice touch and is one of the better young big men when it comes to using verticality to protect the rim. Hartenstein is also going into his fifth year in the NBA—exactly the type of young veteran that makes sense with this team’s timeline.

Isaiah Hartenstein made two really great passes out of the roll last night. His vision is tremendous for a center and the numbers back this up.

I got a whole bunch of stats that highlight Hartenstein as a top-end passer, plus more breakdown of his game: https://t.co/f96aIkOEea pic.twitter.com/gHiqX6Cvrq

The man I affectionately refer to as Ducky could be an interesting addition to the Knicks bench. Boucher games tend to run as hot-or-cold as they come, and he’s entering his age-30 season, so there’s some reason to be skeptical, but he’s a good rim protector, solid defender overall, and when the jumper is hitting, it’s HITTING. While not necessarily the best option, the Boucher experience would undoubtedly be fun—and occasionally maddening.

Moose might not be the sexiest name, but he’s 6’10” and has only shot below 37% from three once in the last six years. Lost in all of OKC’s shameless tanking is the fact that Muscala was a legitimately fine back-up for them. As a second or third-string stretch 5, he could be a nice addition. No video for Muscala, because he’s kinda boring and you know what he does (sorry Moose).

If there’s one thing we know Scott Perry loves, it’s a rehab signing. Enter Marvin Bagley. The former no. 2 pick just hasn’t been able to carve out a place for himself in the league, due to a combination of injuries, mutual loathing with the Kings organization, horrific defense, and the shot being nowhere near as ready as advertised. He’s a decent scorer and a good rebounder and he shot 34% from three two years ago, in by far his best season to date, but otherwise, the jumper has been shaky, to say the least. While the 23-year-old restricted free agent wouldn’t be my preferred choice, I could see Scott Perry making a case for being the ones to help him figure it out. There’s definitely still something there, I’m just not sure how much.

Waiving Taj Gibson to sign Aldridge would be hilarious, but if they strike out on all their top, middle, and lower options, it’s not out of the realm of possibility. One would think Alridge will be looking for a shot at a ring, but if not, why not join the most midrange-happy team this side of Phoenix?

There are other interesting, lower-tier names out there that could conceivably be within the Knicks’ price range but come with their own unique complications and questions: Cody Martin, Amir Coffey, and Oshae Brissett are young, versatile wings the Knicks could look into, though all will likely be restricted, making it less likely for the Knicks to tie up cap space waiting around for their teams to match. Carmelo Anthony is unrestricted and coming off a nice bounce-back year, though while I’d love a reunion and chance to send him off properly this time, he wouldn’t make a ton of sense with where the team is currently at. TJ Warren is coming off a year on the IR following a bubble run where he briefly turned into Michael Jordan incarnate, and could be looking to prove his worth on a one-year deal under the bright lights, but that would likely move RJ to shooting guard, which isn’t quite ideal. Malik Monk has always seemed destined to be a Knick, but would the Knicks want to pay him when Quickley is still waiting in the wings (pun intended)?

As of today, the Knicks have an overloaded, underperforming roster that can’t quite make up its mind between “win-now” and “build the right way.” Jalen Brunson alone isn’t going to answer the questions of which direction this front office wants to go, but the players they move and the ones they prioritize pursuing will likely give us at least some clarity as to how Leon Rose is thinking about his team’s roster.

And amidst all the uncertainty, it’s comforting to remember that there’s one thing we know for certain: whatever the team decides to do, at least Knicks twitter is guaranteed to hate it.