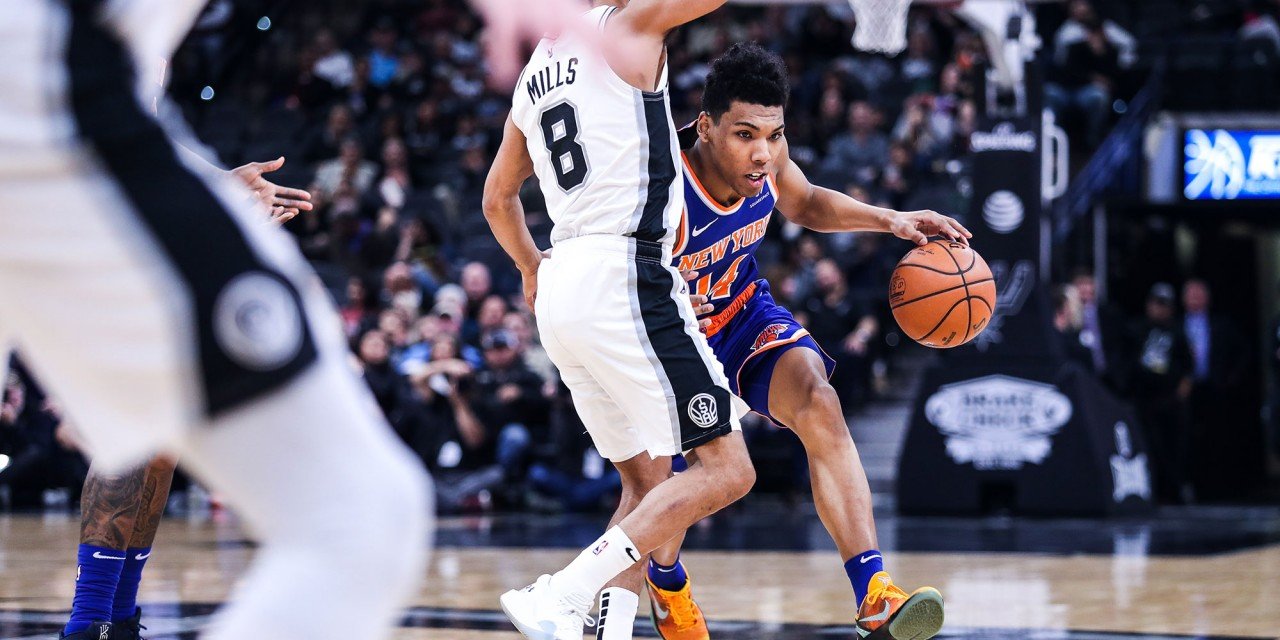 The Knicks start their season on the road against the Spurs and their home opener features a Celtics matchup, as their schedule is released.

David Fizdale’s second season as head coach of the New York Knicks begins on October 23rd, as the drastically different-looking team faces off with the Spurs to commence its 2019–20 NBA season.

The league released its schedule for the upcoming season on Monday, featuring various marquee matchups between title-contending teams and intriguing players returning to former franchise’s arenas.

The Knicks start the season on the road in San Antonio, who finished 48-34 last year (first reported by the New York Daily News). Gregg Popovich’s squad didn’t make any wholesale changes in the offseason, but they missed out on acquiring forward Marcus Morris, who reportedly reneged a two-year deal with them to sign with the Knicks.

New York’s home opener is against the Boston Celtics, facing a familiar face in Enes Kanter, who signed a two-year deal with the Bean Town franchise in the offseason. The Knicks’ matchup with the Celtics is on Saturday, October 26th, the New York Post first reported. The Celtics also lost All-Stars in Kyrie Irving and Al Horford, both of whom left for Atlantic Division teams in the Brooklyn Nets and Philadelphia 76ers, respectively. The Celtics gained Bronx native guard Kemba Walker in free agency, however, as the UConn product left the Charlotte Hornets to sign a four-year contract with Brad Stevens’ team.

The 29-year-old Morris, who signed a one-year, $15 million as a free agent this summer, last played for the Celtics. That game will be televised on NBA TV.

One matchup to look out for is the Knicks hosting LeBron James and the Los Angeles Lakers at Madison Square Garden. The Lakers had an eventful offseason, trading for All-Star power forward Anthony Davis prior to the NBA Draft and during free agency spending cap space on DeMarcus Cousins, Danny Green, Jared Dudley, and more. Knicks wing Reggie Bullock last played for the L.A. team, too. James and the Lakers visit the Big Apple on January 22nd, 2020, SNY reported.

Prior to Monday’s release, however, the annual five-game Christmas Day schedule was leaked, which did not mention the Knicks. New York has been a staple of the holiday’s slate and previously missed an opportunity to play on Christmas in 2015.

The Knicks previously announced their preseason slate of matchups, most notably featuring another tilt with Zion Williamson and the New Orleans Pelicans. Third overall pick R.J. Barrett competed against his former teammate Williamson, last June’s top overall selection, and the Pelicans in New York’s opening Summer League game. However, the game was cut short due to the effects of a California earthquake felt in Las Vegas, Nevada.

Williamson makes his professional, regular season Garden debut on January 10th, 2020, per the Post. Additionally, the Dallas Mavericks are reportedly visiting New York on November 14th, and with them comes Kristaps Porzingis, the one-time All-Star the Knicks traded away last January. That game will be nationally televised on TNT.

Besides the rematch with Williamson and New Orleans, the Knicks will face Bradley Beal and the Washington Wizards twice in October during the preseason and later Barrett’s other lottery-pick former Blue Devils running mate in Cam Reddish and the Atlanta Hawks.

The Knicks’ full schedule can be viewed completely below.

The Knicks have officially released their full schedule.